A new proton pump discovery in the field of optogenetics 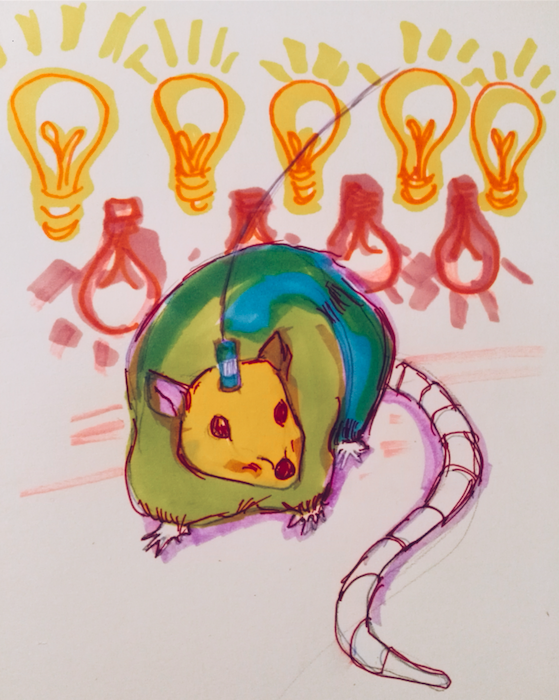 Research in optogenetics is not often mentioned in everyday conversation, but perhaps it should be. Optogenetics is a very new and fast-growing area of research in the field of neuroscience that’s focussed on the functions of certain cells in the brain. In 2010, this area of research was named the “Method of the Year” by the Nature Methods scientific journal. Optogenetics is different from other areas of research because it uses light to control the neurons of interest in order to identify their functions. Recently, scientists have found a new proton ‘starter’ that can be used to control muscles as well as neurons when using optogenetics. This finding has the potential to change people’s lives in the near future, as well as enrich our understanding of the body in unimaginable ways.

How optogenetics works is quite unique. First, the desired neurons for research are genetically modified to express a light sensitive protein, opsin, which can take the form of an ion channel, for example. Optogenetics works with Channelrhodopsins (ChRs), which are light-gated ion channels. Light-gated ion channels like ChRs are activated only when struck by a specific frequency of light. When the correct frequency is used to illuminate these neurons, it leads to an ion channel opening. When these channels are open, it allows the passage of positively-charged ions, which causes depolarisation, also known as an action potential. The ability to control specific neurons by manipulating their activation and deactivation using light has led scientists to better understand mood disorders, addiction, and even Parkinson’s disease. The key to understanding why and how such disorders and diseases occur: to first find the path in which it takes place, and then figure out what exactly goes wrong in that path.

The proton ‘starter’ that was recently discovered is known as nanohalosarchaeon Nanosalina (NsXeR), and it belongs to the class of proteins called xenorhodopsins. Xenorhodopsins functions have been better understood because of the discovery of NsXeR.

NsXeR is a powerful pump that’s been shown to induce action potentials in hippocampal neuronal cells to the perfect frequency which opens those frequency gated channels in rat brains. They’ve been characterized as inward opening pumps that are an alternative to the ChRs that have been used in research until now. NsXeR is very selective and only pumps protons into the cell, regardless of the cells concentration. Due to its selectivity and unique features, it is considered to be much more advantageous than ChRs. For instance, NsXeRs selectivity makes it safer to use during research, because unlike ChRs, only one specific positive ion is being transported, lowering the risk of possible cellular side effects during research trials.

Optogenetic techniques have only ever been used in one clinical trial in 2016. A blind Texan woman underwent the first human clinical trial using optogenetic techniques. This has been the only human trial done so far because the methods are quite invasive. First, the brain needs to be genetically altered, and then a light delivering device must be implanted into the brain. However, research in the field is rapid, and hopes of continuing human clinical trials are high. The discovery of NsXeR brings researchers closer to the possibility, which in turn brings them closer to advancements in treatments for various diseases and disorders researched in the field of neuroscience. This field of research may be the key we’ve been waiting for to unlock the answers to treatments for millions of people around the world.

The paper on the finding of the NsXeR protein was published in Science Advances by an international team of researchers from Moscow Institute of Physics and Technology, Forschungszentrum Jülich, and Institut de Biologie Structurale. Vitaly Shevchenko, the lead author of the paper and a staff member at the MIPT Laboratory for Advanced Studies of Membrane Proteins stated, “So far we have all the necessary data on how the protein functions. This will become the basis of our further research aimed at optimizing and adjusting the protein parameters to the needs of optogenetics.”