International Day of Interns strike advocates for remuneration for all interns 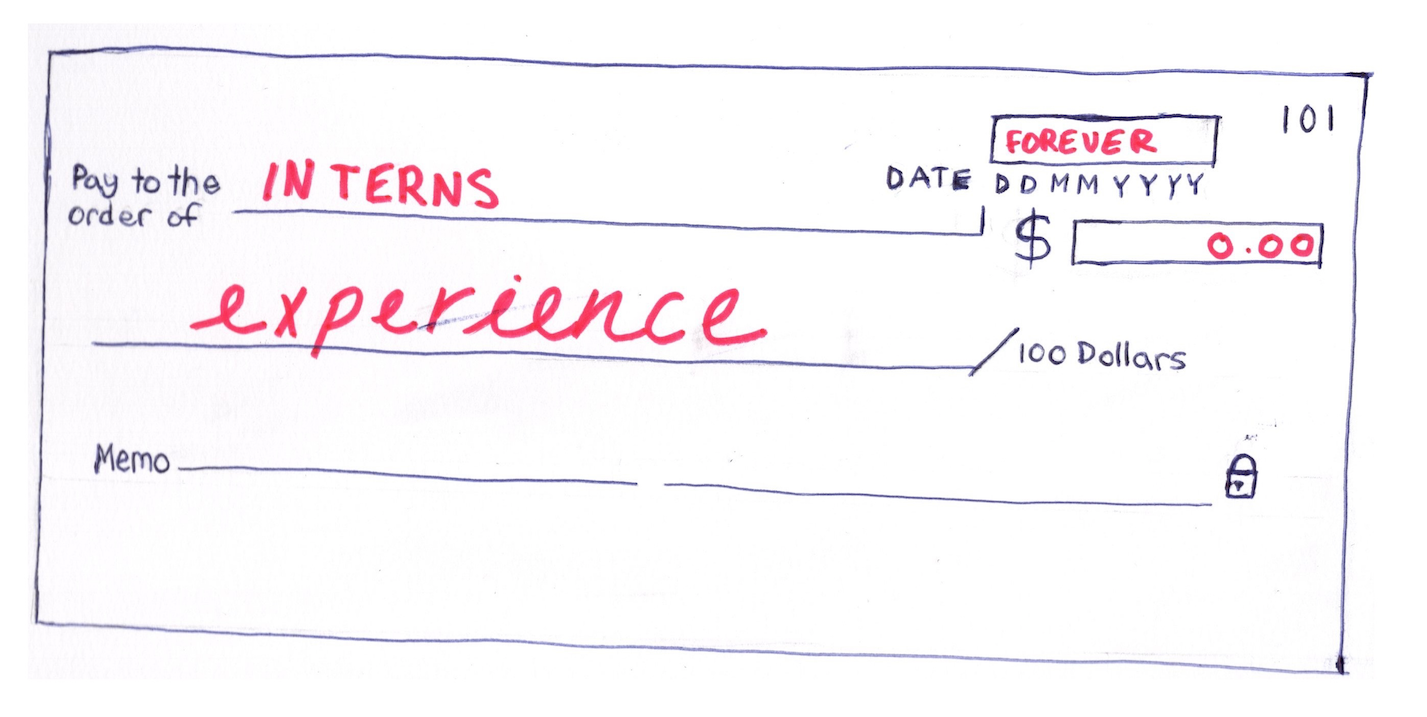 On November 16, the Association for the Voice of Education in Quebec (AVEQ) released a statement condemning the political co-optation of struggles for the remuneration of all internships. Following the successful mobilization of the November 10 International Day of Interns, attended by 15 000 students, organizers are seeking to ensure that demands for equitable pay are not watered down.

National Assembly motion for the financial compensation for education students

Four days after the strike on November 10, policy demands were brought to Quebec’s national assembly by Gabriel Nadeau-Dubois from Québec solidaire, Coalition Avenir Québec, and the Parti Québécois. The motion essentially asked the government to consider a financial compensation policy for student internships in education studies. While the motion was passed unanimously, the demands concerned financial compensation for education courses in their final year, as opposed to the demands concerning the remuneration for all workers announced at the mobilization on November 10, backed by over 60 organizations in North America.

Sandrine Belley, the spokesperson for Campagne sur le travail étudiant (CUTE), an organization which coordinated the strike, told The Daily, “we want to be recognized as workers,” which would require a change in Quebec’s labour code, which currently does not recognize interns as workers.

Kristen Perry, AVEQ’s Coordinator of Mobilization and Associative Development, mentioned that change in Quebec’s labour code is a long term goal for AVEQ.

“All interns should make a living wage, and all working people should be paid for the work they are doing and a fair wage, protected under the labour code,” she said. “Right now, […] interns are specifically excluded from the labour code, which means that they don’t have to be paid, but they are not considered workers. […] What we’re looking to do is to more specifically to change […] the labour code.”

“We wish to highlight the difference between financial compensation and remuneration as they relate to unpaid internships: whilst compensation seeks to simply add to student financial aid, the fight for remuneration demands a living wage for hours worked, in addition to attaining better working conditions,” read AVEQ’s statement. It also emphasized that the motion “excludes the multiple other fields where mandatory internships are unpaid, as well as any internships that fall outside of the scope of mandatory in-program training, and has no mention of ensuring protections of interns as workers.”

“Whilst compensation seeks to simply add to student financial aid, the fight for remuneration demands a living wage for hours worked, in addition to attaining better working conditions.”

The statement also expressed concerns of organizations and campaigns that may detract from students organizing on the ground in favor for a living wage, as opposed to a stipend.

For example, Campagne de revendication et d’actions interuniversitaires des étudiants et étudiantes d’éducation en stage (CRAIES), as opposed to the CUTE campaign, advocates for financial compensation for education students in their final internships. CRAIE, with the Quebec Student Union (QSU), put out a press release with the Minister of Higher Education on November 14, requesting $330 per week for education students’ fourth field experience internship. According to AVEQ’s statement, the field of experience internship currently under study at the National Assembly is around $8.25 per hour, with a minimum of 40 hours of work a week. This falls short of Quebec’s minimum wage of $11.25, which is considered to be an insufficient living wage by numerous studies such as Institut de recherche et d’informations socio-économiques (IRIS).

In response to the motion, the Minister of Higher Education Hélène David publicly opened the possibility for further discussion for the remuneration of internships in general, rather than focusing on one area of study. The increased profile of the issue is largely due to the mobilization on November 10, which increased pressure on the provincial government to address the issue of unpaid internships.

Connor Spencer, the Students’ Society of McGill University (SSMU) VP External told the Daily that unpaid internships are an accepted practice at McGill,

“It’s something that’s seen as a normal practice. […] We need to [..] challenge the mentality of [unpaid internships] as gaining experience, and that is the reward the comes out of it, and understand that it is actually exploited labour. […] That kind of mentality feeds off of those who are already in precarious positions […] but most often students that need to work in order to be able to go to school, and students who are in certain faculties over others. […] Where we see a lot of unpaid internships are in education, which we know is disproportionately has a higher representation of women and people of colour working in that faculty.”

“The mentality that we should be challenging the fact that folks are still doing unpaid internships is very new on campus. […] It’s important that we join that fight as McGill students because I think often, a lot of the exploitation that happens on this campus goes unnoticed and uncalled out.”

“The mentality that we should be challenging the fact that folks are still doing unpaid internships is very new on campus.”

Spencer mentioned that because unpaid internships are perceived to be common practice, more work needs to be done on campus. SSMU adopted a motion to develop a policy against unpaid internships on March 2015 at the Winter General Assembly.

“The policy on unpaid internships […] upholds the rights that students have and condemns unpaid internships, and it mandates the VP external to raise awareness, […] [through] conversations, and campaigns. […] However, there’s not much else in that policy,” said Spencer. In order to create actionable items from the SSMU policy, SSMU would require additional tools and resources from the university.

“Unpaid internships are illegal in Quebec. Most people don’t know that,” said Spencer. The Act respecting Labour Standards states that a minimum wage requirement does not apply for “trainees” and “students” interning outside of the school context.

“I think we need to be lobbying the university, [put] checks and balances in place, and have awareness campaigns,” said Spencer. “We don’t necessarily have w resources dedicated to that beyond the words of this policy. […] So I think we need to have a much larger conversation. […] but the resources aren’t there to actually make that happen. […] If we truly want to, as a union, commit to this, we need to have a larger conversation of how we’re going to achieve this among our membership.”