I’m Jewish, and I voted against ratifying Noah Lew

Here’s why I decided to take a stand 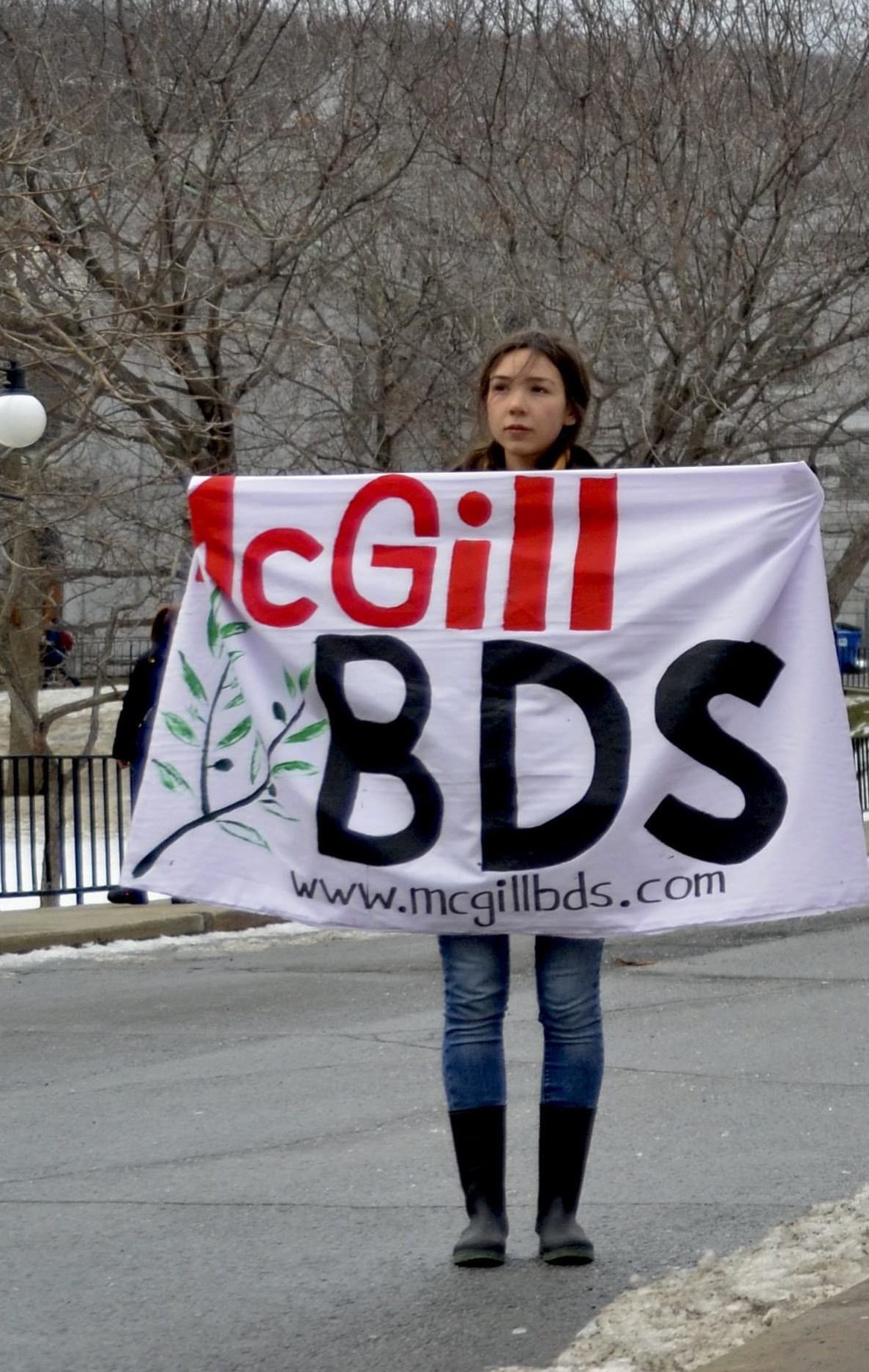 I was born in Israel. Both my father and my mother come from a long line of Ashkenazi Jews. When I was four years old, my mother brought me here to Canada. Being transposed from one settler colonial state to another shaped much of my identity and later, my activism. The recent tensions on campus surrounding Noah Lew’s failure to be ratified onto the Students’ Society of McGill University (SSMU) Board of Directors (BoD), and the allegations of anti-Semitism against Democratize SSMU and pro-Boycott, Divestment, and Sanctions (BDS) groups, have compelled me to set the record straight: I am sick and tired of people equating Jewishness with Zionism. As a white Jewish student who is vehemently anti-Zionist, it is absolutely vital for me to explain why I support Democratize SSMU and BDS, why I opposed the SSMU ruling concerning BDS, and how it’s not only possible, but necessary, to have a whole Jewish identity that’s separate from Zionism.

I would first like to acknowledge that I speak solely from my experience coming from Soviet Ashkenazi Jewish heritage, and I do not represent the vast and varied experiences of Sephardic, Mizrahi and other Jewries, which I encourage you to seek out and listen to. In what then is my Jewish identity rooted? It definitely does not come from my practice of Judaism, whose teachings have long been abandoned by my single mother and whose last shred of influence over my life was extinguished in the secular suburbia in which I grew up. I don’t speak Yiddish, and despite learning Hebrew in elementary school, I’ve lost all traces of it. This begs the question: if not religion, if not language, then what? Is my Jewish identity found in the shakshouka my mother taught me how to make, or in the matzo ball soup I eat once a year? Is it nested in the intricate braids of the Challah bread I once baked? Is that where it hides?

The simple answer, the same one propagated ceaselessly by the Israeli state, is that my identity is somehow irrevocably bound to the land I was born in. I am meant to believe that the center and core of my existence as a Jew is tied to a strip of land an ocean away that can be crossed by car from tip to tail in less than six hours. A land that has been grabbed by force and violently occupied by white settlers since even before the night of the Nakba in 1948, and has since been defined by increasing military expansionism, state-sanctioned brutality, and discrimination against its non-Jewish citizens. A land whose government has built a literal wall to separate those it deems to be second-class and has refused to provide the most basic of services to these people, and whose fertile soils and trees have been razed to the ground by the military to deny Palestinians any means of securing their livelihoods. And what a fitting image that is, an uprooted olive tree to symbolize Israel’s violence.

“Zionism and antisemitism – two sides of the same coin, both maintaining that Jews do not belong in the countries where they’ve lived over the centuries”, writes Leon Rosselson, a British poet and singer-songwriter as well as a prominent anti-Zionist activist. To claim that Jews must relocate to Israel to be considered whole is to deny the range of Jewish experiences across the world that cannot be collapsed into one tangible identity. Jews from New York, Argentina, Ethiopia, Germany, and Russia all have different histories to tell which have been undeniably shaped by anti-Jewish oppression, and which Israel attempts to reduce to a single, hegemonic narrative.

My Jewish identity need not be confined to ethno-nationalism to be considered valid. Instead, in Isaac Babel’s own words, “I am a Jew because of my unconditional solidarity with the persecuted and the exterminated.” I identify with the legacy of radical Jews who’ve seen the injustices of the world, and labored tirelessly to correct them. It is precisely because Jews are so intimately familiar with violence and persecution that we must fight against them in all their forms, especially when they are being perpetrated by a government that claims to act in our name. Judaism is the only religion I know of in which you’re encouraged to argue with your God and community leaders. And while I am non-practicing, this sentiment appeals to me. The freedom to question the legitimacy of higher authorities, spiritual or not, is the hallmark of a just society.

It has become increasingly clear that this is not the type of freedom afforded at my university campus. In the aftermath of the General Assembly (GA) on October 23, the proverbial shit hit the fan. In what was misconstrued as an act of anti-Semitism, Noah Lew was not ratified to the BoD. Later in the GA, SSMU President Muna Tojiboeva alleged that Democratize SSMU and others were motivated by anti-Jewish sentiment when voting down Lew. At best, those involved conflate what it means to be Jewish with what it means to be a Zionist, essentially stating that one cannot exist without the other. At worst, they fall into anti-Semitic tropes that further alienate either side.

Allegations of anti-Semitism must be taken seriously, and I extend my solidarity to every Jewish-identifying person, both on campus and off, who has experienced this form of discrimination. However, it must be made explicitly clear that when Jewish and non-Jewish students criticize the Israeli state, or call someone out for being affiliated with Zionist organizations, it is not inherently an anti-Semitic act. To state otherwise-as the McGill administration and Tojiboeva have done-is to adopt a reductionist view that silences our very democratic call for justice.

This is why, sitting in the humid SSMU Ballroom at this past General Assembly, I voted against Noah Lew’s re-election to the BoD. Amidst growing evidence against his competency, from his illegal campaigning for Muna as well to his failure to recuse himself from the BDS ruling,  I stood with fellow students in exercising my right to unseat a member of a political institution whose policies I don’t agree with. While Democratize SSMU made a misstep in adopting anti-Semitic language when calling Lew out, they later apologized, their error does not invalidate their goal of holding student representatives accountable. Nor should it be a reason for Lew and Tojiboeva to point fingers without first understanding the basis of students’ critiques. Lew crying anti-Semitism only reinforces the conflation between Jewishness and Zionism, and erases anti- and non-Zionist Jewish voices. We exist, and our voices must be heard.