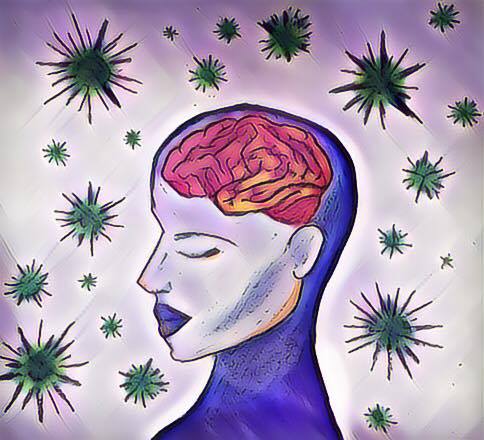 While the cause for Alzheimer’s is poorly understood, according to the National Institutes of Aging, studies have shown that there is a genetic risk factor involved in some cases of early onset of the disease, whereas lifestyle, genetic, and environmental triggers are associated with the late stages. Once the disease begins to progress, the subsequent neuronal loss and changes to the brain are irreversible. These changes result in cognitive dysfunction like memory loss, impairment in the ability to think, and executing simple tasks. Most symptoms of Alzheimer’s appear when someone is in their 60s, and in 2015, this disease was found to be the seventh leading cause of death worldwide. Understanding the cause of Alzheimer’s and the progressive loss of nerve cells associated with the disease is extremely important.

Most researchers believe that the buildup of amyloid-beta proteins and tau tangles inside the brains of those with Alzheimer’s is the primary cause of this disease and cell death. However, the researchers who subscribe to the pathogen hypothesis believe that pathogens cause the brain cells to produce the amyloid-beta proteins, or that nerve cells that have been infected produce these proteins as a result of an inflammatory response. Brian Balin, a co-author on the review and the director of the Center for Chronic Disorders of Aging at the Philadelphia College of Osteopathic Medicine, said in a statement to Scientific American, “We think the amyloid story does come into play, but it’s secondary to the initial inflammation.”

Furthermore, individuals with a variant to their APOE 4 gene, a known risk factor for Alzheimer’s, are vulnerable to common microbial infections such as HSV-1, chlamydia, and even the bacteria that cause pneumonia and Lyme disease. One hypothesis, published in The Lancet in 1997, is that the variant of the gene makes it easier for infections to specifically target the brain cells.

Given the consistent failure to develop effective drugs, Rudolph Tanzi told The Scientist in a statement that “Any hypothesis about Alzheimer’s disease must include amyloid plaques, tangles,  inflammation—and, I believe, infection.”

Like all science theories that are initially hypothesized, this has been met with its fair share of criticism. Judith Miklossy from the International Alzheimer’s Research Center recalled being dismissed and denied funding for pursuing the role of spirochetes as an important factor in Alzheimer’s disease. One reason for skepticism, as John Hardy from the University College London told The Scientist that there is a lack of convincing evidence that links the distribution of amyloid plaques with infection. He further believes that the pathogen hypothesis “doesn’t fit the epidemiology, the neuropathology, or the genetics.”

The often overlooked role of microbes and fungi played in the onset of Alzheimer’s has been noted to be implicated with neurological conditions in several scientific journals. In a recent study published in Cell, researchers found that gut microbiota regulates movement disorders in mice and that alterations to the human gut microbiome places individuals at a risk of developing Parkinson’s disease. In a review published in Nature, scientists implore other researchers to investigate the role of microbes in mental health and mood disorders such as depression and bipolar disorder.