Zooming in on Alzheimer’s disease 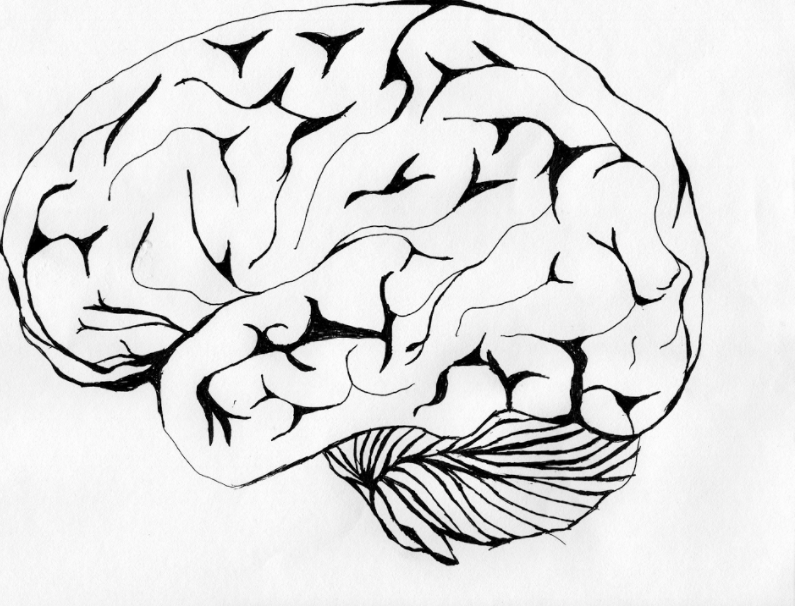 An aging population has become an unavoidable trend amongst developed countries. For the first time ever, in 2016, seniors made up a higher percentage of the Canadian population than children. Advances in healthcare have significantly improved quality of life and lengthened lifespan. However, with this improvement comes the increasing prevalence of neurodegenerative diseases. More and more people experience impaired movement and loss of mental functioning (dementia) as they approach old age. Neurodegenerative diseases all share a common root in protein misfolding. As a result, aggregation accumulates and leads to loss of neuronal functioning.

Alzheimer’s disease (AD) is the most common cause of dementia. While the causes of AD have not been determined, its pathology is believed to be driven by the excessive accumulation of proteins that are found naturally in our body such as amyloid plaques and tau tangles. Outside the cells, amyloid bunches disrupt signaling between neurons and trigger inflammation, which can damage surrounding neurons. As opposed to amyloid plaques, tau tangles are found inside the cells. Modified tau proteins form neurofibrillary tangles, damaging neuronal cytoskeleton, and eventually lead to programmed cell death.

The majority of brain processes such as memory and learning depend on communications between neurons. In AD patients, neurons lose the capacity to relay information and decay over time. At early stages, complications such as wandering, getting lost, difficulty understanding questions, and slight behavioral and personality changes drastically affect quality of life. As the disease progresses, patients gradually have problems recognizing friends and family members, lose the ability to multi-task, and often experience hallucinations, delusions, and paranoia.

Current treatments aim at maintaining mental function, managing behavioral symptoms, and impeding the disease’s progression. While AD’s progression cannot be stopped or cured, early diagnosis allows patients and their families to seek professional help when the disease is at pre-clinical stage before the symptoms are evident. They can start coping and planning for the future by learning about the disease and developing support groups. In some cases, early intervention may potentially reverse some of the impairments. Unfortunately, most patients are not diagnosed until signs of cognitive deficits become apparent and irreversible. Furthermore, current diagnosis tests are often either invasive or expensive and time consuming. Due to the inconveniences, susceptible patients may be discouraged from taking the assessments. These problems call for a new diagnostic test that is less expensive, and minimally invasive, but that remains as accurate as the established ones.

Researchers from Lancaster University addressed these concerns in the recent edition of the journal Proceedings of the National Academy of Sciences of the United States of America. In this study, blood plasma from 549 individuals with various neurodegenerative diseases as well as age-matched healthy individuals were collected and analyzed with Fourier-transformed infrared spectroscopy (FTIR). FTIR is an analytical technique that measures the radiations absorbed by different chemical structures. It provides information about the unique molecular composition, and structures within each sample. “Interrogation of these samples with spectroscopic techniques allows for the generation of a spectral fingerprint, which subsequently facilitates the discrimination of the different populations and identification of potential biomarkers,” remarked Maria Paraskevaidi, the study’s lead author. Using classification algorithms, the researchers were able to differentiate between AD and healthy individuals with the accuracy reaching 86 per cent. This is as accurate as current diagnostic tests in the clinics but cost less money. In addition, differentiation of AD from other neurodegenerative diseases was achieved with satisfactory segregation and classification results. Notably, dementia caused by AD was distinguished from dementia linked to Lewy bodies (DLB), the second most common cause of dementia, with an accuracy of 90 per cent. Despite their similarities in symptoms, AD and DLB have been shown to respond distinctively to different medication. Correctly identifying AD and DLB can help a doctor devise appropriate clinical management, which will in turn improve the patient’s quality of life.

This study introduces a new, convenient, and highly accurate test for diagnosing AD. Current tests involve the laborious process of collecting cerebrospinal fluid or the expensive and time-consuming brain imaging. Other blood-based techniques focusing on measuring levels of amyloid beta (Aβ) and tau proteins have yielded contentious results; the plasma level of Aβ was reported to increase in some studies and decrease in others. In fact, a recent meta-analysis of 231 studies has come to the conclusion that level of plasma Aβ is not strongly correlated with AD, and should not be used in clinical practice for diagnosis. Similarly, the level of plasma tau has been investigated as biomarker for AD. While the level of  plasma tau is increased in AD patients compared to healthy controls was a consensus view among researchers, the finding needs further verifications in larger cohorts. At the present, “there is no single definitive medical test for diagnosing AD,” said Paraskevaidi. However, with incredible efforts like the one in this study, we are getting closer to a test that would allow for early and accurate diagnosis of AD. I feel more hopeful as I reflect upon Alois Alzheimer’s saying “Excessive reservations and paralyzing despondency have not helped the sciences to advance nor are they helping them to advance, but a healthy optimism that cheerfully searches for new ways to understand, as it is convinced that it will be possible to find them.”