Professors discuss the limitations of UNDRIP 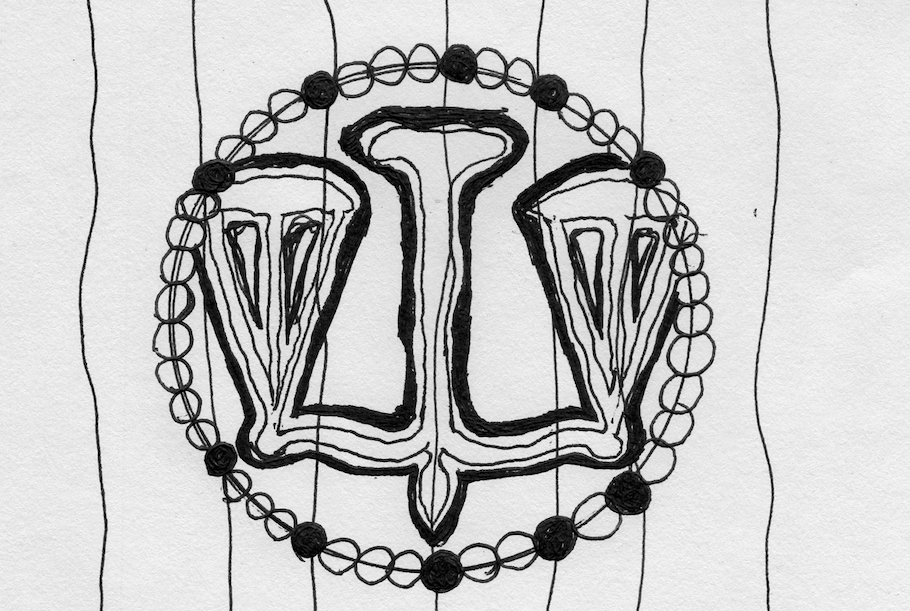 On Thursday September 21, the Indigenous Law Association and the Faculty of Law held a discussion concerning Canada’s implementation of the United Nations Declaration on the Rights of Indigenous Peoples (UNDRIP). The event featured guest speakers Dr. Hayden King, an Anishinaabe scholar from the Beausoleil First Nation of Gchi’mnissing, Huronia and Dr. John Burrows, the Research Chair in Indigenous Law at the University of Victoria Law School in British Columbia. The discussion began with a land acknowledgment, then a panel on Indigenous rights and self governance, followed by a question period.

What UNDRIP Means for Indigenous Peoples in Canada

The United Nations describes UNDRIP as “a universal framework of minimum standards for the survival, dignity and well-being of the Indigenous peoples of the world and it elaborates on existing human rights standards and fundamental freedoms as they apply to the specific situation of Indigenous peoples.”

The UN General Assembly passed UNDRIP in 2007. Though Canada initially voted against it, the federal government decided to remove Canada’s objector status in 2016. Borrows noted that the current Liberal government has made a promise to implement the UNDRIP while in power.

The implementation of UNDRIP concerns Section 35 of Canada’s Constitution, a framework which recognizes and affirms the legal rights of Aboriginal people in Canada, “I would like this to mean a repudiation of the way the Supreme Court of Canada approaches Aboriginal treaty rights under section 35.1 of the Constitution,” Borrows said. He explained the importance of a broader interpretation of Section 35, reminding the audience that the infringement of Section 35 constitutes a violation of Aboriginal rights.

Borrows pointed to R. v. Van der Peet, a Supreme Court case which determined that any Aboriginal person claiming the right to participate in an activity protected by Section 35 of the Constitution must prove that the activity was practiced in pre-colonial Aboriginal society. This would greatly restrict the ability of Indigenous peoples to have their rights respected if their actions cannot be traced to cultural practices that took place before first contact with European colonists.

“There’s a recognition that Indigenous peoples have a right to self-determination, have a right to land, languages, media, family relations without having to go through an expansive process of having to justify that to anyone else in the world.”

Article 46 and limitations of UNDRIP

King told the audience that UNDRIP’s strong language concerning the assertion and protection of Indigenous rights was significantly diluted with Article 46. Article 46 allows states subject to UNDRIP to place certain limitations on the “the exercise of the rights set forth in this Declaration.” The addition of Article 46 allow states to disregard their obligations to their Indigenous populations on the basis of territorial integrity and defense of sovereignty.

“[Article 46] is effectively a backdoor out of the declaration of the rights of Indigenous peoples […] The declaration allows states to evacuate the previous forty-five articles if they so choose,” said King. “From 2010 to present we’ve had minister after minister of Indian affairs, when asked for comment on the declaration, say that it is aspirational. [They say] we’ll work toward implementing [it], but in a Canadian version, through the Canadian constitutional framework.”

“[Article 46] is effectively a backdoor out of the declaration of the rights of Indigenous peoples […] The declaration allows states to evacuate the previous forty-five articles if they so choose.”

Several states objected to the vast majority of the articles that were contained within the draft resolution, resulting in their revision. The final resolution also included a rewritten version of article 46, which prohibits any action which, according to the declaration, would “dismember or impair, totally or in part, the territorial integrity or political unity of sovereign and independent States.”

Moving Toward a New Relationship

He told the audience that certain principles within the document allow for nothing more than a strict and narrow interpretation of the Canada’s obligation to Aboriginal rights under Section 35. Principle number seven states that any infringement of Section 35 must be justified with a consultation and accommodation of Aboriginal communities. King noted the loose requirements to justify the infringement. “Now, the community doesn’t have a right to say no. They’re just consulted. And Canada or Ontario or Quebec can infringe [on their rights] anyway,” King said. “If we say no to a development that affects us, that should mean no.”

King concluded that if the federal government is serious about respecting Indigenous rights and committing itself to the implementation of justice, it should move to open the Constitution in order to include all articles of UNDRIP, including article 46.

“The things that’s been missing from our conversation right now is that massive transfer of resources, of land,” King said. “If we have that transfer of lands and resources, then we’d see First Nations do a lot better, more substantive progress toward transforming Indigenous nations into what we want to see them become.”

“The things that’s been missing from our conversation right now is that massive transfer of resources, of land. […] If we have that transfer of lands and resources, then we’d see First Nations do a lot better, more substantive progress toward transforming Indigenous nations into what we want to see them become.”

Moving Away from Symbolic Gestures

King discussed how recognition of Indigenous rights need to move beyond symbolic gestures such as like territorial acknowledgement. “There’s a difference between symbolic recognition–which will get us positive recognition and a decline in racism, which is a good thing–and material recognition,” King told the audience.

“What is [the government] actually doing in a material sense? There’s all this great talk about [symbolic reconciliation]— an inukshuk here, a teepee there […] but what are we actually doing?”
Even with the symbolic implementation or commitment to UNDRIP, King says the material needs of Indigenous peoples must be met. He states that so long as Indigenous communities own such little land and face harsh socioeconomic realities, true progress will be a struggle.

For Aboriginal treaties to be respected, Borrows noted, the reciprocal relationship between communities, governments, and their environments must be honored. Borrows noted communities like the Ahousaht First Nation, are protesting the anchoring of an open-net salmon farm near Tofino, B.C. by using fishing boats to set up a blockade.

“There’s a difference between symbolic recognition–which will get us positive recognition and a decline in racism, which is a good thing–and material recognition. […] What is [the government] actually doing in a material sense?”