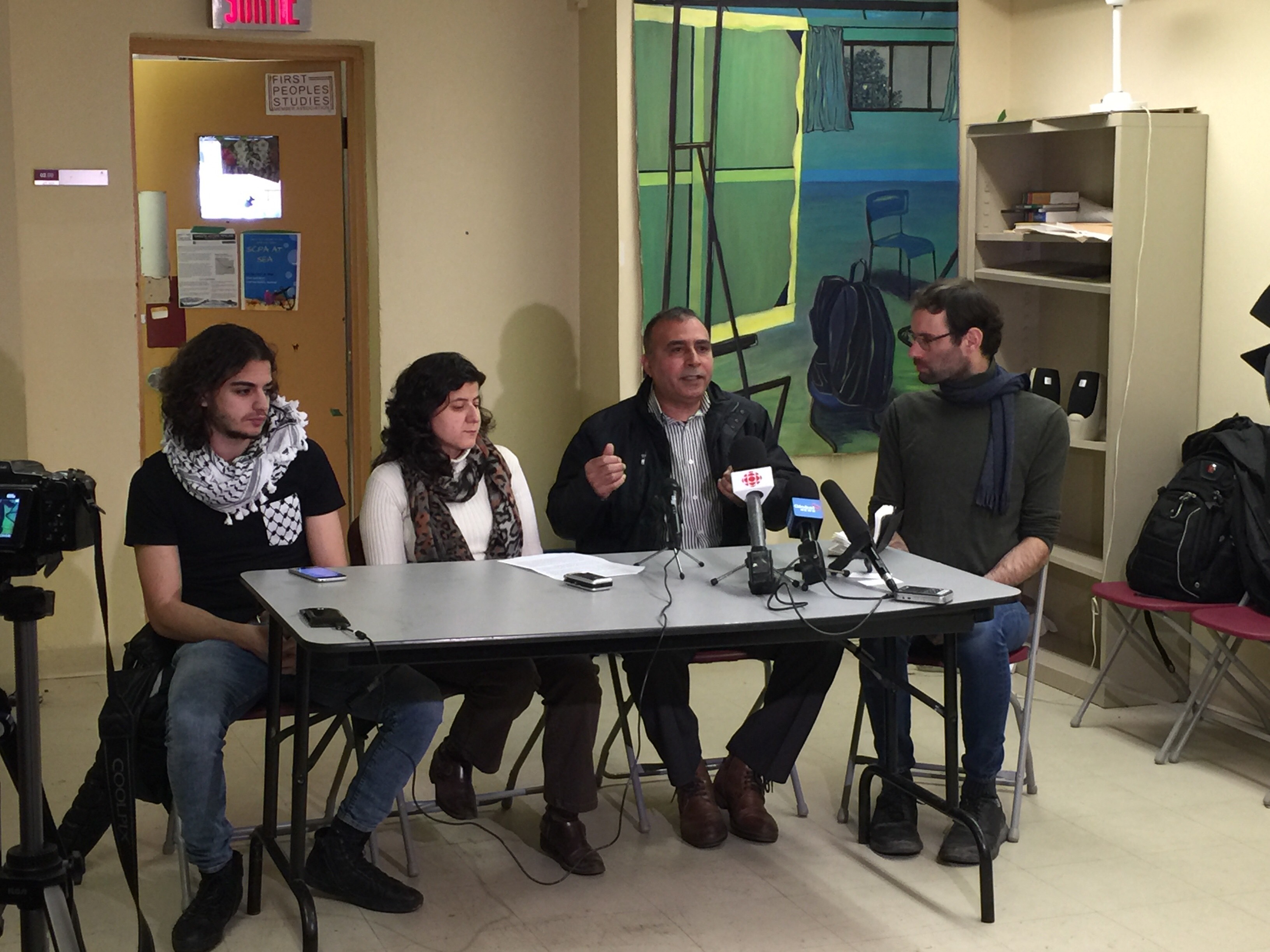 Bissan Eid, a 24 year old Concordia graduate student, has been prevented from leaving the Palestinian territory of Gaza for four months. Her family launched #BringBissanHome, a campaign appealing to the Canadian government to intervene on behalf of Bissan, a Canadian citizen since 2005.

Bissan travelled to Gaza in June 2016 to visit her grandparents and get married. She is now eight months pregnant and due to give birth in the first week of May. According to a press release, when Bissan tried to travel back to Canada, she was prevented from leaving due to the slow processing of her exit visa by Israeli authorities, “who seldom prioritize the applications of Palestinians from Gaza who hold other passports.”

“She needs [medical] support because her doctor told her that she has a difficult pregnancy. It’s better that she gives birth in Canada,” said Hadi Eid. In 2009, according to data from the Palestinian Ministry of Health, the infant mortality rate in the Gaza Strip was 21.5 per 1000 live births – compared to 4.9 per 1000 live births in Quebec in 2013.

“We’re asking the Canadian government to help us, to let Bissan come back to Canada as soon as possible.”

“In December, Bissan contacted the Canadian embassy at Tel Aviv, and she told them about her situation, and they told her, ‘We can’t help you,'” explained Eid. Eid has also contacted his Member of Parliament, Pierre Nantel of the New Democratic Party with Bissan’s medical reports, to no avail.

Entry to occupied Palestinian territories is controlled by Israeli authorities. Travellers must apply for entry and exit, and even if approved, Israeli authorities can turn them away with no explanation. Since 2007 there has been a land, air, and sea blockade that restricts medical supplies, construction material, and certain food items from entering and leaving the Gaza strip. 1.8 million Palestinians are currently being held captive in the Gaza strip, unable to move freely within the rest of the territory.

“The movement of people into and out of the Gaza strip is highly restricted,” explained Rantisi. “Residents are largely cut off from the outside world and from access to some of the most essential services like healthcare and education. At the same time, Gaza has been subject to recurrent bombings – and this includes bombings that have occurred since the time that Bissan had arrived there.”

“This is an ordeal that no Canadian – or Palestinian – should have to endure,” continued Rantisi. “And yet, after trying again and again to leave for the past four months, she’s been denied an exit permit.”

“This includes bombings that have occurred since the time that Bissan had arrived there.”

The CSU and the Concordia Graduate Students’ Association (GSA) are also calling on Concordia to support Bissan, by pressuring the Canadian government to intervene. Concordia has a responsibility to “a member of its own community – a member whose freedom of movement and even physical health is being compromised because of their Palestinian nationality,” said Rantisi.

In December 2014, Concordia’s undergraduate students voted to approve the CSU’s support of the Boycott, Divestment, and Sanctions movement against Israel. “After the massacre in Gaza [Operation Protective Edge], the CSU was given the mandate by the students through Council to hold a position against illegal settlement and disproportionate use of force, as well as the blockade on Gaza,” explained Yahia.

“This is an ordeal that no Canadian – or Palestinian – should have to endure.”

Though the Canadian government says that “Canadian consular officials have very limited ability to intervene on behalf of Canadians who choose to enter or remain in the Gaza Strip,” there is precedent for government intervention for Canadian citizens in Gaza. In August 2014, Canadian officials escorted 8-year-old Salma Abuzaiter out of Gaza, after she became trapped in Gaza city when Israel launched Operation Protective Edge.

“The Canadian government can make an appeal to the Canadian embassy in Tel Aviv, the foreign affairs department, and resolve the situation,” said Stefan Christoff, a community organizer who has been helping the Eid family with their campaign. “It’s been done before, and it can be done now.”