On “leftover” women in East Asia 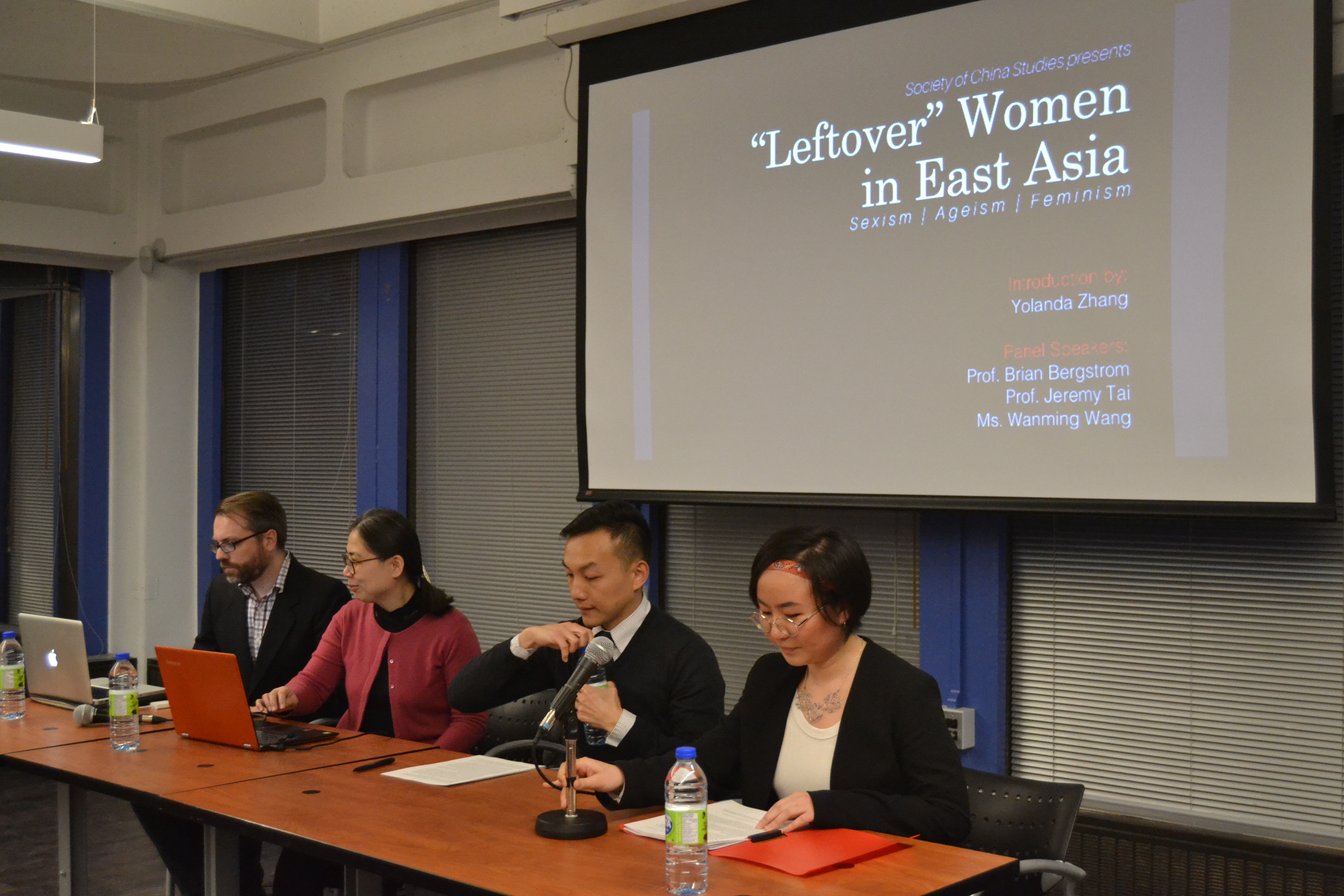 On Thursday March 30, around 35 students gathered in the Shatner Building to attend a panel discussion called “The ‘Leftover’ Women in East Asia.” The event, organized by the McGill University Society of China Studies (SCS), centred on ‘leftover’ women, a term that stigmatizes those unmarried by their mid-twenties. The discussion highlighted the origins of the term and the social stigma toward working women who choose to set aside marriage to advance their careers.

The talk opened with an introduction by Yolanda Zhang, the Event Coordinator of SCS. The discussion focused on the ways in which social and political institutions in China and Japan perpetuated the stigma of being a ‘leftover’ woman.

“We agreed to do this talk because we observed that it was a hot topic on social media in China, and it definitely relates to the direction of feminism today,” Zhang told The Daily in an interview. “The topic of leftover women resonates strongly with women with higher education, so it’s really pressing in an academic setting like McGill.”

Jeremy Tai discussed the history of the term ‘leftover women’ and how it became widely used in Chinese society. The term was popularized by Leta Hong Fincher’s 2014 book Leftover Women: The Resurgence of Gender Inequality in China. According to Tai, the stigma around ‘leftover women’ – or shengnu – has existed in Sinophone communities for over ten years. The term originally applied to women over thirty, though the age limit involved has gradually decreased to 25. 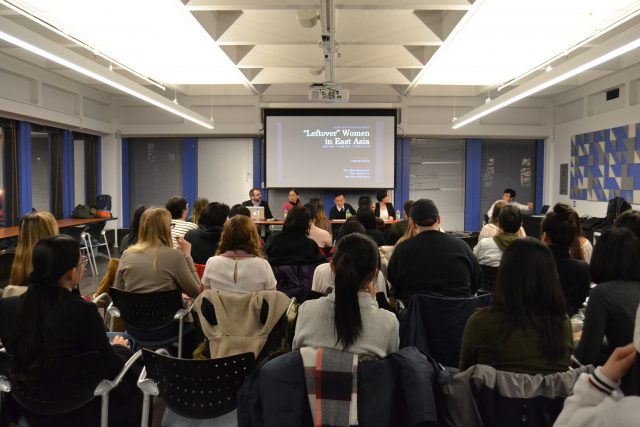 “The Chinese state is currently invested in pressuring women from a certain class and educational background to marry for the sake of social stability,” Tai explained. China’s existing gender imbalance resulted from the increase in sex-selective abortions following the one-child policy introduced in 1979.

Currently there are twenty million more men than women under thirty which, according to Tai, explains why marriage is a state concern in China.

“The Chinese state is currently invested in pressuring women from a certain class and educational background to marry for the sake of social stability.”

“The theory is that within the context of a slowing economy, these restless single men will ferment political unrest out of personal dissatisfaction,” Tai said. “I think we all should be very troubled here by the seeming quantification of self-worth.”

Wang’s presentation was centred on the pushback against the misogynistic label of ‘leftover women’ by individual women and activist groups. Wang mentioned the ways in which the ‘ticking biological clock’ concept is entrenched and accepted across different cultures. She displayed viral posts made on Chinese social media expressing anger and indignation against the social pressures to marry out of obligation.

“Leftover women are becoming more and more confident,” she said. “They choose to be so-called leftover women and this is a gesture, a strong reaction, to the propaganda of the state that has been prevalent for decades in China.”

Brian Bergstrom’s presentation discussed the Japanese context, elaborating on the term makeinu, referring to a single woman in her thirties who has not had children. The translation of makeinu is “loser dog.”

“When makeinu became a sort of word in the late 90s, it was more about makeinu women who had not succeeded, which meant that they were not married,” Bergstrom said. “In response to makeinu discourse, you had people like Sakai Junko who wrote books that were like, ‘Yeah, I am a makeinu.’”

Zhang, an organizer of the event, stressed that the discourse around ‘leftover women’ often excludes the non-middle-class population: “One thing I want to point out […] was the concern with intersectionality in the context of middle-class women, because the whole topic still speaks to a middle-class audience.”

Thomson Yu, the President of SCS, spoke about the relevance of ‘leftover women’ to North America in an interview with The Daily.

Yu mentioned that the issue is a result of competing expectations. “In my opinion, the issue of ‘leftover women’ emerges due to the frictions between these two cultures. And for the foreseeable future, will likely to continue to be a hot issue as Chinese communities continue to negotiate and adapt to social changes,” Yu said.