Working through the system

Leftist groups need to get involved in partisan electoral politics 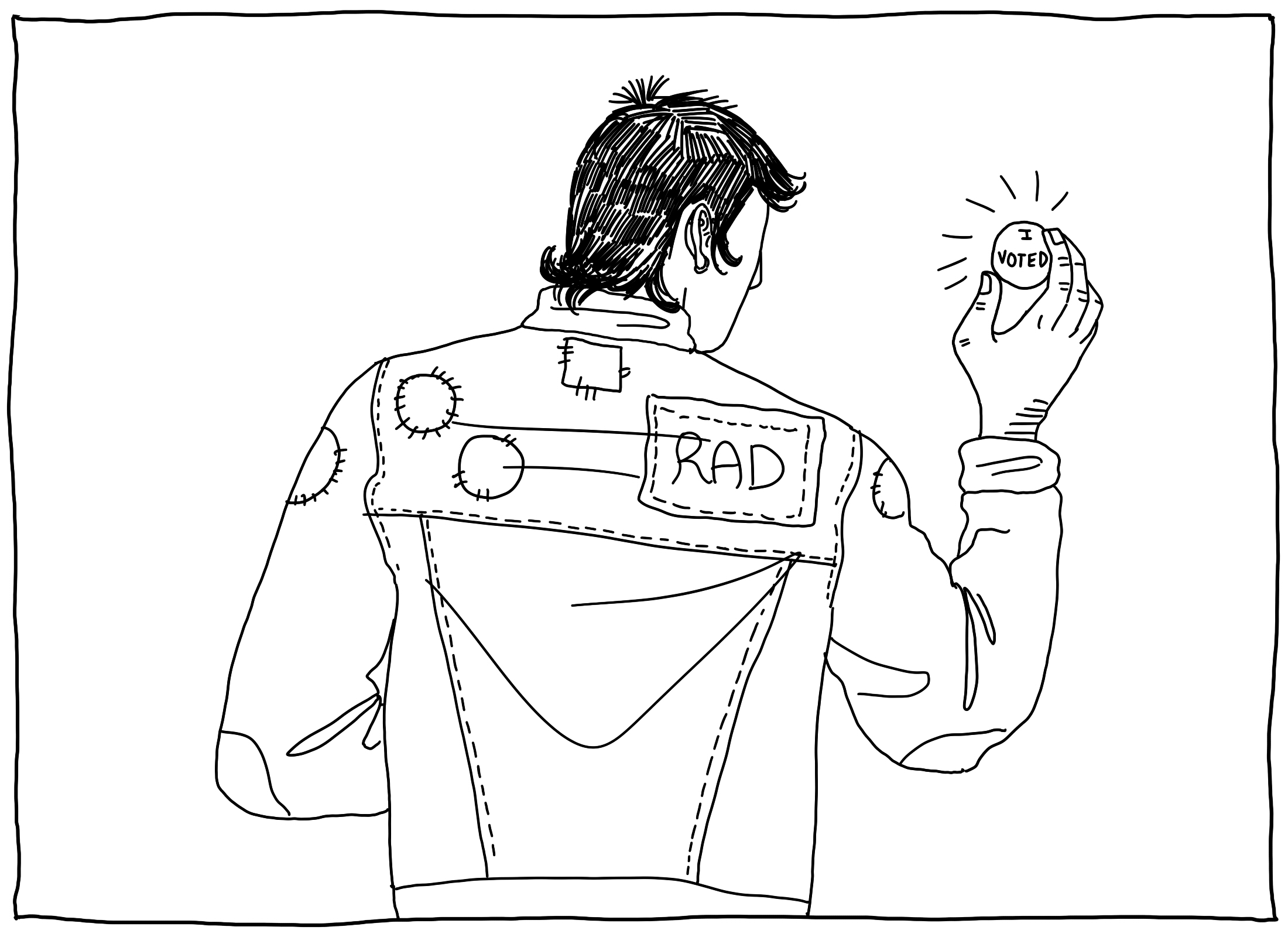 When I returned to the U.S. to protest the 2016 presidential election, I noticed that many of the groups organizing the first demonstrations after the election had not been previously involved in partisan electoral politics. Most had never been associated with the Democratic Party, or with any mainstream American political groups. Instead, the organizing forces behind these demonstrations originated in the far left, among people who often identified as revolutionary socialists or anarchists and frequently expressed a disdain towards partisan politics in general.

This should not have been all that surprising. Leftist groups, often called ‘rad’ groups at McGill, are used to demonstrating. For those outside the mainstream political discourse, demonstration and direct action (such as shutting down inauguration entrances) are strategic decisions. It was these groups that had the fervor and know-how to get people into the streets marching against a semi-fascist demagogue who had taken the presidency on a platform of racism, sexism, and violent rhetoric. Yet these protests, both during and after the election, were reactionary and limited in scope, targeting the isolated phenomenon of Trump rather than promoting a distinct alternative vision. If leftist groups had involved themselves more directly in the political processes through which candidates and political platforms are chosen and created, we might be facing a very different situation-– pushing for the advancement of truly progressive policies instead of lamenting the victory of a right-wing demagogue over a defender of the neoliberal status quo. Moving forward, leftist groups need to use their principles and tactics to take an active role in creating the political conversation, rather constantly reacting to it.

The reason why leftist groups tend to avoid direct partisan involvement is because their political ideologies often characterize the capitalist state and all its elements as inherently oppressive, thereby defining any positive advocacy (by which I mean any advocacy in support of a political outcome) as complicity in state oppression. I am sympathetic to this view in theory, but an uncompromising adherence to these principles hamstrings the ability of leftist groups to affect change. The ‘rad’ left can oppose government policy effectively, as in the 2012 student demonstrations in response to Quebec university tuition hikes, but it lacks the ability to advance concrete policies along the same lines (like free tuition, for instance), because doing so would involve endorsing government action and the politicians who drive that action. Leftist groups, especially those on university campuses, cannot afford to limit themselves like this. You may think “smashing the state” would be ideal, but there is a greater responsibility to aid and empower those who, right now, live under conditions of violence and oppression– racist, patriarchal, colonial, economic, or environmental– expressed through the state or the private sector or anything else. We cannot distance ourselves from a political system that affects the lives of millions. We must engage.

It is often argued that structural change has not been and cannot be made through political engagement. The truth in this is that change cannot be made through political centrism and appeasement. However, not only is it possible to affect change through radical engagement in politics, it is through this engagement that the left has made its greatest accomplishments. The Student Nonviolent Coordinating Committee (SNCC, or “snick”), for instance, can claim significant credit for the Civil Rights Act of 1964 and the Voting Rights Act of 1965, legislation that, while in no way ending structural racism in America (as is often claimed on the right), reshaped the landscape of racial policy for the betterment of Black Americans. SNCC, founded at Shaw University and eventually expanding to chapters across the country, was a ‘rad’ group by any measure. Its tactics included direct actions often carried out in the face of lynch mobs organized by local police and the Ku Klux Klan, and its radical student activism inspired other campus groups like Students for a Democratic Society (SDS). Many of the touchstones of contemporary activist culture, like consensus based decision-making, have their roots in SNCC. However, SNCC was directly engaged with political reality. It demanded specific political action from specific political actors and condemned half-assed attempts to placate it. At times, it was deeply antagonistic towards the Democratic Party, as when it formed the Mississippi Freedom Democratic Party in parallel to the nationally recognized, and entirely white, Mississippi Democratic Party. However, SNCC did not disavow political change, just as it did not rely on the benevolence of elected politicians to enact it. Instead, those in SNCC understood that radical action is necessary to force political action, and through their methods can claim to have reshaped the political and social landscape of America.

Radical action is needed for democracy to function correctly because, as any ‘rad’ activist will tell you, democracy is rigged in favour of those in power. Voter disenfranchisement, gerrymandering, media capture, campaign financing– these criticisms of the democratic process are fully valid. These are not, however, reasons to abandon democratic engagement because, firstly, structural barriers exist to any form of anti-oppressive action, and secondly, ‘rad’ groups specifically are needed to fight these barriers. The media cannot stop people from seeing marchers in the streets, and the political effect of occupying buildings or conducting mass strikes cannot be bought. For those who are educationally or economically disenfranchised, radical organization outside conventional channels lets them bring their political weight to bear.

The final false conception about democratic engagement is that it requires abandoning other radical or revolutionary activism. In his 1965 speech “The Ballot or the Bullet,” Malcolm X criticizes the Democratic Party for inaction and betrayal. He lauds Black Nationalism, suggests that Black Americans ought to arm themselves, and threatens guerilla warfare against the white supremacist state. Yet, his message was not to abandon the ballot—it was to use the ballot “like a bullet,” as a weapon to force change. Political involvement does not contradict radical ideology or methods, as long as the ultimate goal is to better people’s lives. You can be revolutionary, organize in a revolutionary fashion, and still engage with the political reality. We do not have to choose – we cannot afford to choose. We should pursue change down all avenues.

What that means, practically, is that leftists and leftist groups should meet with, speak to, and demand change from politicians and political parties, publically and privately, at every level. It means that when those politicians and parties ignore those demands, or make only a pretense of effort, we should call them out by name in our actions and demonstrations, in our literature and in our discourse. It means that, if a politician demonstrates they are truly committed to taking concrete political action against violence and oppression, we should give them whatever support we can. Individual leftist groups have power, especially at the local level, to meaningfully influence political outcomes. When they band together nationally and internationally, that power is multiplied. We should not abandon this power out of ideological purity or paralyzing cynicism.

Perhaps it is easier, in principle and practice, to react, to oppose, to fight back. Fighting for things is complicated, and whatever is achieved will always be a compromise, not measuring up to what is principally deserved. But we do not have to be satisfied with those compromises to acknowledge that they may improve the lived experiences of millions of people. The political process shapes those experiences. We need to be involved.