Transitioning to a futuristic society

The case for an universal basic income 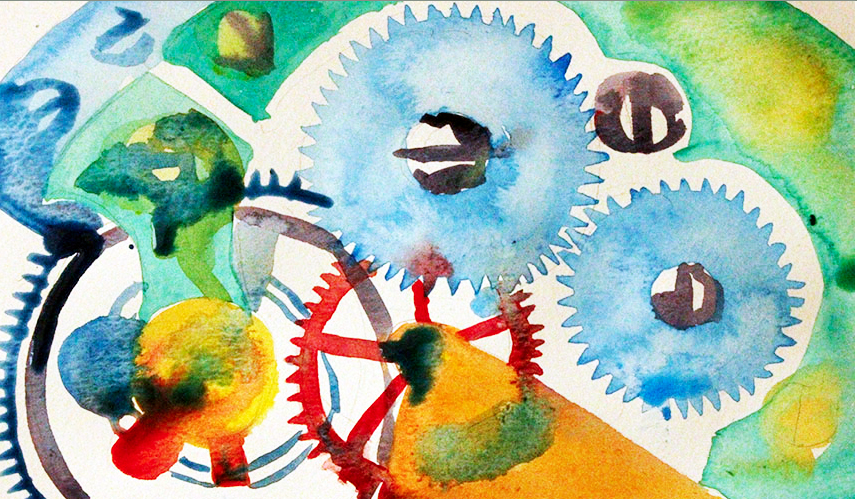 Since the economic recession in 2008, the world economy has found its footing and the GDPs of industrialized countries have steadily been rising. However, as businesses managed to optimize production efficiency after millions of jobs were lost, troubling consequences have emerged for workers with low income security or savings. The value of currencies are rising, basic necessities such as education and healthcare are becoming more expensive, yet middle wages are not rising to compensate. Income and wealth inequalities in the U.S. are higher now than ever before in the nation’s history according to a study from the University of California Berkeley, with the top 0.1 percentile owning 22 per cent of the nation’s wealth in 2012, compared to just seven per cent in 1978. In 2015, the top ten per cent income bracket earned 50.5 per cent of all income made that year, close to the most it’s ever been. In Canada, the top 20 per cent income group takes in 39.1 per cent of the income of the country, and although income is much more evenly distributed here than in the U.S, this top income group is the only income quintile to have increased its share of the pie in the last twenty years.

Unfortunately, the complex network of safety nets such as welfare, unemployment benefits and minimum wage currently in place may not be enough to counteract the increasing inequalities in income and wealth. In U.S. states and metropolitan areas where minimum wage has been increased to $15 an hour, such as Washington, New York City, San Francisco and others, McDonalds is replacing cashiers and workers with automated systems so customers can make orders by kiosk or on the phone and have their meal brought over to them. The math behind the change demonstrates why: an employee with a wage of $15 per hour costs the company $38,500 a year including social security and insurance, while a machine costs only $35,000, making back its worth in a year and being ready to use 24/7.

Automation is here
The fast food service industry is not the only market where automation will continue to take people’s jobs. It only makes sense that as the population of the world grows, we will need more efficient ways to mass manufacture, transport and distribute goods; produce and transfer energy; and distribute our food supply. Today, robots and automated systems are starting to complete complex tasks, such as self-driving cars that use sensors and cameras to gather data about their surroundings, and self-learning artificial intelligence such as Google’s AlphaGo, which recently defeated the world’s best player of the board game Go, which is widely considered to be the most complex board game in the world. According to the U.N. Food and Agriculture Organization, one third of the entire world food production is lost or wasted, and we could easily feed every malnourished person on the Earth if none of it was wasted – all the way up to 10 billion people, the projected population of the Earth by 2050. If we can already feed that many people today, automation would enable us to achieve solving what we right now cannot, world hunger and poverty.

In the manufacturing market, automation has been increasingly present for decades, such as in the assembly of cars and the mass production of commercial goods. The manufacturing industry in the U.S. has been growing, namely by 17.6 per cent from 2006 to 2013, yet per the U.S. Bureau of Labor Statistics, five million jobs have been lost in the sector since 2000. While today’s global automation in manufacturing accounts for an average ten per cent of all tasks, research from the Boston Consulting Group indicates it may well be 25 per cent by 2025. While political figures such as Donald Trump claim that these manufacturing jobs are being lost to trade, a 2015 report from Ball State University’s Center for Business and Economic Research found that 87 per cent of manufacturing job losses are due to automation while only 13 per cent are due to trade deals. These changes are not unique to the U.S.. A factory in Dongguan, China, which manufactures mobile phone parts, cut down their workforce from 650 employees to just sixty at the end of last year with the addition of new automated machines, elevating their production by 250 per cent within a few months time. To combat the rising cost of human labour for making shoes by hand in China due to their flourishing economy, Adidas is about to open a factory in Germany that is completely automated and 3D-prints shoes, which they hope will revolutionize the sportswear industry by shortening the supply chain and time needed between a new design and released product.

Automation is affecting more than the manufacture of goods. The mobile taxi company Uber has already begun rolling out self-driving cars in certain U.S states such as San Francisco and Pittsburgh. Meanwhile, a few commercial Tesla car models have come equipped with an Autopilot mode, which is currently mostly being used to record and aggregate data, improving the artificial intelligence of the software. Even though drivers are instructed and warned to keep their hands on the wheel at all times during autopilot mode in case of an emergency or life threatening situation, the first fatal accident happened in May 2016 from a Tesla car on this driver assist mode. There have been a few other cases of Google self-driving cars also getting into accidents, although non life threatening, yet representatives claim these are due to human error and not the software itself. The technology is definitely not perfected yet, and automated cars do need to drive in actual real life conditions to be tested for commercial use and for the AI to improve itself faster. Comparing overall crash rates between automated and human drivers has been difficult so far due to lack of data, as a 2016 study from Virginia Institute of Technology claims self-driving cars have much lower crash rates than humans, while a 2015 study from University of Michigan Ann Arbor claims the opposite. A 2013 study from the Eno Center for Transportation in Washington, D.C. estimates that if ten per cent of cars were self-driving, 211,000 accidents could be avoided and 1,100 lives saved while for ninety per cent, 4.2 million accidents and 21,700 lives would be spared per year. Nevertheless, while some people may prefer the company of a cab driver and a human visage to interact with to a self driving vehicle, others may eventually see all human drivers as unnecessary risks in their daily commutes.

Universal basic income is needed
Dystopian novels may paint a picture of the future overrun by self-aware artificial intelligence and robots that turn against their makers, yet nothing will prevent automation and technology from surrounding us. To combat an insurmountable wage gap and companies that choose to replace workers instead of adapting to rising minimum wage laws, we must eventually create employment in areas where automation cannot replace and undermine. CEO of Tesla Inc. and SpaceX Elon Musk, previous CEO of Microsoft Bill Gates and many economic and technological leaders agree that there is a solution: Universal Basic Income (UBI), where everyone of employment age is guaranteed a basic income (even without proving they are looking for employment). It would be a social policy to replace all other safety nets currently available. Robots are eventually all we will need to fulfill jobs, and they will do it for cheaper. Workers can instead dedicate themselves to occupations where automation cannot replace human interaction, such as teaching, business, scientific research and entertainment.

Various countries around the world are already starting pilot projects to test the effects of UBI. One of the first UBI tests ever conducted was in Manitoba, Canada in the 1970s, where providing families living under the poverty line with a basic income enabled their children to finish high school, increasing rates of high school graduation. General health increased as a statistically significant decrease in doctor appointments, hospital visits and psychiatry treatment was recorded. While there was concern for disabling incentive for work and labour, only nine per cent of the test subjects worked less hours than they did before, and post-analysis of the data suggests that this was due to the opportunity cost of spending more time with family. The researchers followed up with the families after the study was over when they no longer received the set incomes, and their income security and mental health were still maintained at a higher level than before the study. Hugh Segal, a former Canadian senator and now advisor to the Ontario provincial government has just started a three year UBI pilot project giving out $1,320 per month in additional income to the homeless and those under the poverty line.

Ebay founder Pierre Omidyar is funding a million dollars to one of the biggest UBI projects in history via the charity organization GiveDirectly in Kenya, giving 6,000 Kenyans a livable wage for 12 years. Finland has also just started its national UBI test which just began in January, offering 560 Euros every month to 2,000 unemployed Finns aged 25 to 58, eliminating their other social and unemployment benefits, and will not cease to offer the money even if they find employment. Other cities and municipal authorities in the Netherlands, California, and Italy are also conducting their own UBI research, which will provide researchers and policymakers worldwide much-needed data to really understand if the concept works for the long-term and what effects it might have on the labour market.

There are many complications and questions to answer if we are to move toward a UBI. For instance, how will the government be able to afford it, how much will it raise taxes by, and will it disincentive work? Bill Gates has a solution to the funding needed to make this work on a national scale: tax the robots for their labour just like people. Elon Musk has more personal questions, such as: how will people find meaning in their lives if automation takes what they love to do away from them? I personally think that people will always want more than they currently have and to enjoy new experiences. Making more than the basic income to do recreational activities such as travelling will remain an incentive for labour. Keeping in a steady and healthy social environment is also equally important, and having a job is essential to social status. UBIs could become a bipartisan solution where left wing and right wing politics could unite behind the removal of loopholes and red tape in social benefits, instead providing a single streamlined system for everyone. There is a 1980 quote from the renowned evolutionary biologist Stephen Ray Jould which rings quite true, in my eyes, relatable to UBI: “I am, somehow, less interested in the weight and convulsions of Einstein’s brain than in the near certainty that people of equal talent have lived and died in cotton fields and sweatshops.”

Cédric Parages is a U3 student in Wildlife Biology. To contact the author, please email cedricparages@gmail.com