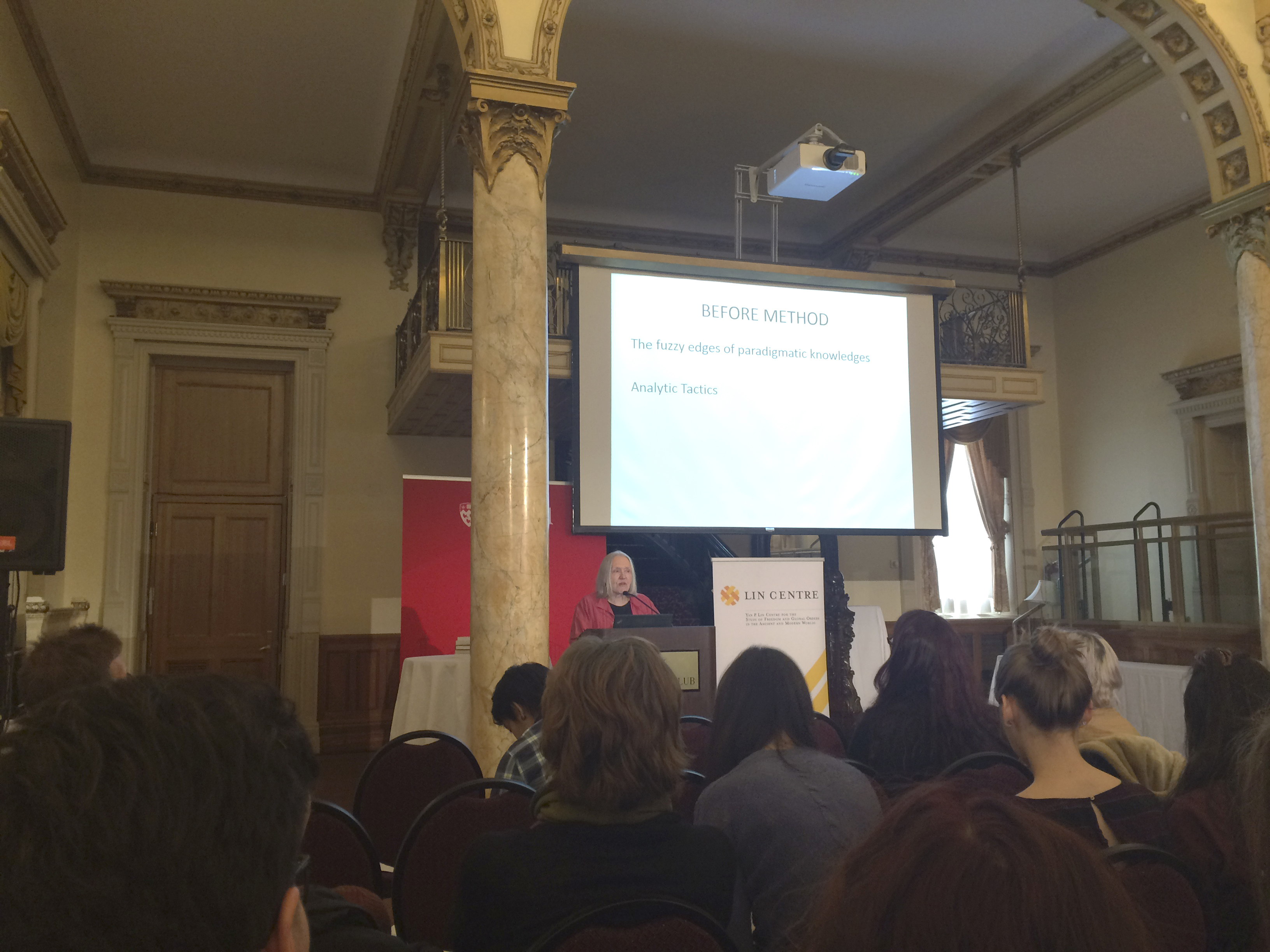 On March 13, a group of students and community members gathered in the McGill Faculty Club for a lecture by Saskia Sassen, a professor of sociology and the Chair of the Committee on Global Thought at Columbia University. Sassen’s lecture was titled “A Massive Loss of Habitat: Three New Migrations.” She examined the extractive and expulsive practices that have come to dominate our global financial system.

Sassen began with a discussion of land grabs. Africa is the most affected by land grabs, she said. However, land grabbing, or large-scale land acquisitions, are spreading across the globe. Sassen brought up a few examples such as Bosnia’s Saudi-run wheat plantations, Southeast Asia’s history of foreign-run biofuel extraction, and water bottling companies’ amassing of real estate worldwide.

These land grabs are destructive because they push out long-term inhabitants and quickly drain natural resources. When this happens, the affected territory becomes what Sassen calls “dead land.” This practice of pushing people out for corporate profit is creating “a massive loss of habitat,” she said, “that is generating a certain kind of migration.”

This cycle tends to repeat itself, said Sassen, to ever more destructive effect: people become invisible, their practical knowledge is forgotten, their land dies, and corporations move on to new and unexploited areas.

“We see them as urban slum dwellers. We have forgotten the fact that they have knowledge about how to keep that land alive.”

Sassen also discussed the recent phenomenon of countries making land grabs abroad. While this may be construed as a form of neo-imperialism, she emphasized land grabbing in foreign countries mainly concern extraction for financial gain. This contrasts older forms of imperialism involving political or religious agendas.

“If you think of the old imperial mode of the French […] they didn’t want to just control the whole of Africa, they also wanted everyone to learn French,” she said. “It came with a superstructure.” The same was true, she continued, of the Spanish invasion of Latin America: Spain had certainly pillaged the region’s natural resources, but it had also come with a “civilizing mission” rooted in Christianity.

Today, by contrast, extraction-based concerns are far more all-consuming, and this logic is the backbone of numerous modern commodities. Google and Facebook are both extractive of information, Sassen said, and “finance is an extractive sector: [finance] sells something it does not have.”

“So is this new type of foreign owner of land in a country that is not its own,” she concluded. “It just extracts.”

The extraction and destruction of land, Sassen went on, has led to the development of a new kind of migrant: “a migrant who, when she appears at our borders […] is invisible to the eye of the law.”

“When you take the traditional subjects, the immigrant and the refugee, there are legal regimes. They might be highly imperfect, but they exist.”

“The immigrant is a strong subject. She leaves behind a place. She wants to contribute to further development […] This [new] subject is not necessarily a strong subject […] They’re being pushed out,” she said. “What throws out these migrants – plantation development, mining, the water bottlers – registers as GDP per capita growth in the countries where this is happening.”

This point, said Sassen, illustrates the ironic space within which the new migrant operates. On the one hand, their country of origin is benefitting financially from land grabbing and extraction. However, “you have to combine what is seen by the system as a positive […] with the fact that millions are expelled every year.”

Recently, there has been a profound increase in the number of unaccompanied children coming to the United States from Central America. Most of them are coming from El Salvador, Honduras and Guatemala.

“El Salvador and Honduras are considered among the most violent countries in the world” said Sassen. “When you ask the children ‘why, why did you [leave]?’ They always say ‘la violencia.’”

“They left because of violence but the point is that violence doesn’t fall from the sky ready-made,” Sassen continued. “Small farmers have been thrown out of their land by the development of massive plantations owned both by foreign capital and by old local elites.”

These small landowners are forced to go to the cities: “San Pedro Sula for example, in Honduras. a country reported to have the highest national murder rate in the world according to the United Nations Office on Drugs and Crimes (UNODC) in 2012.

“They left because of violence but the point is that violence doesn’t fall from the sky ready-made.”

The local economies in theses cities are struggling, and the drug trade is one of the only developing financial sectors. The parents of these migrant children often become involved due to a profound lack of opportunity, and in many cases, they end up being killed. This, said Sassen, is ‘la violencia,’

The Dinant Corporation is currently the largest landowner in Honduras. “The world bank just gave [the CEO] a prize […] he runs a very well-run plantation. He had to expel all kinds of people. So here again we enter this strange zone.” Sassen continued, “In the statistics of the country it all looks fantastic. [However] it actually rests on killing.”

Sassen implied that many people are unaware of the true cause of this destruction, and instead attribute the violence to racist preconceptions about the regions affected.

Recently, said Sassen, foreign buyers have been purchasing property in cities considered desirable, and developing luxury properties there.
“Atlantic Yards [in New York City] was [once] dense with all kind of activity,” she explained. “All the artists that were too poor to live in Manhattan wound up there. It was bought up by a Chinese company […] and they’re now building fourteen of these towers, luxury towers, apartment buildings. They are raising the density of the place enormously but they’re actually de-urbanizing […] You’re just eliminating mixed economies and cultures […] and replacing it with luxury apartments.”

Not only are foreign buyers building new high rises and de-urbanizing neighbourhoods, they are also buying up units in pre-existing buildings, Sassen went on. This means that a lot of urban space remains empty, becoming nothing but a symbol of foreign capital. This can be very destructive to the local economy because it drives up the cost of living for the people who are actually contributing economically. In the last ten years, fourteen million households have been foreclosed on.

They are raising the density of the place enormously but they’re actually de-urbanizing.”

Sassen related this idea of loss of habitat and simultaneous gain of corporate profit to historical economic trends.

“It’s not like the Keynesian period after World War II [in which] the [middle class] grows,” she said. “If you’re doing better, you don’t care that much about the fact that the rich middle class is doing even better than you. But what we have now is loss, loss, loss, gain, gain, gain.”

“I can imagine an extreme period with two rising urban formats. […] Endless stretches, some of it becomes slums, some of it not, some of it is legal, some is not, but very very dense. All those people who are being expelled, many of them wind up here. And then massive expansion of these corporate centres.”

Sassen concluded her talk by showing a photograph of luxury highrises next door to a deeply impoverished neighbourhood. This, she implied, is our future.