“Everyone knows an Avi”

Speaking to Aviva Zimmerman, founder of Avi Does The Holy Land 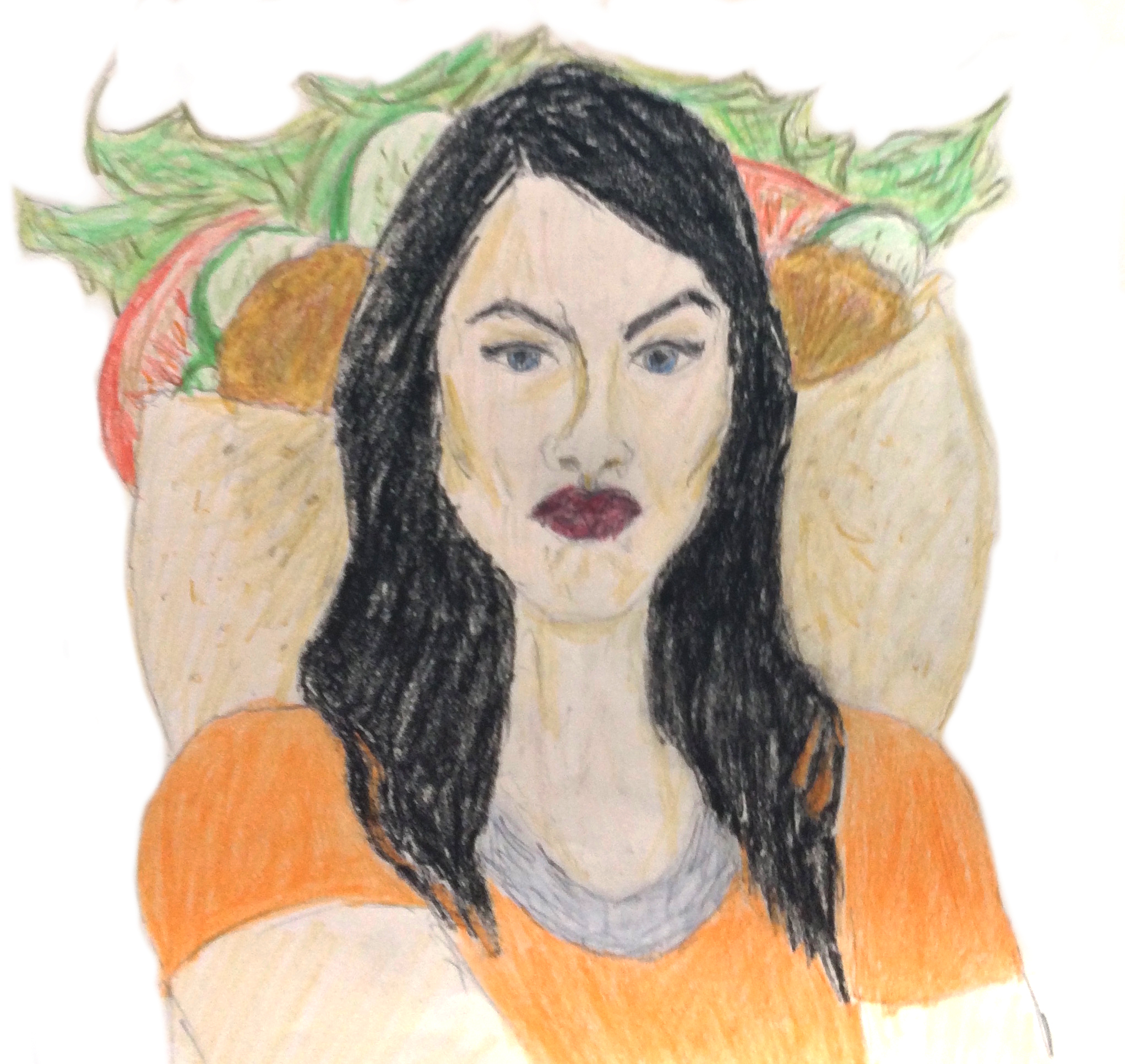 Episode six of Avi Does the Holy Land, titled “Self-hating Jews,” begins with a factually dubious claim. “As a Jew, you need to support Israel,” declares Avi. “That’s like, what it says in the Bible.” This is a mild statement compared to most other things she says. In a discussion on pinkwashing with Palestinian activist Rami Younis, Avi proposes that Palestinians would be treated better “if they all became gay” before draping a big Pride flag over Younis.

Avi is not a real person. The “Canadian Jewess” and video blogger who has fallen in love with Israel after a Birthright trip, who twirls in a bikini made out of an Israeli flag, is a character created by Aviva Zimmerman. Her YouTube series pokes fun at the uncritical celebration of Israel among Jewish communities and aims to unsettle the traditional Zionist narrative in North America.

Avi Does the Holy Land is currently in production for a second season. The Daily spoke to Zimmerman about the ideas behind the project, the political potential of satire, and the difficulties of rejecting Zionism as a Diasporic Jewish person.

The McGill Daily (MD): Whose idea was it to start this project? What are your goals, and what brings your team together?
Aviva Zimmerman (AZ): The project began as the brainchild of myself and one of my best friends – Danielle Angel, a Turkish-Israeli – as a way of lampooning all of the day-to-day absurdities we saw as foreigners who moved to Israel. With time, it took on more of a political edge and we began to narrow our focus to make the show a direct critique of Israeli politics […] The core driver behind the project [has] been to address the political situation in Israel, and to create a space for Jews in the Diaspora to wrestle with their opinions on Israel. Many Jews in the Diaspora are raised to maintain unwavering support of Israel, regardless of Israel’s actual policies on the ground. This show aims to question that unwavering support, and show people, especially North American Jews, what is going on in Israel in their name.

MD: What do you think makes Avi an effective character?
AZ: Avi is based on a caricature of a Jew that over-zealously supports Israel. Everyone knows an “Avi.” Especially now with extremism of all kinds spreading throughout the globe, the audience recognizes her as a caricature of that phenomenon […] We were tired of the dry and stale ways in which [the Israeli occupation] has traditionally been portrayed and wanted to change things up. The mockumentary/satirical format is a commentary on the absurdity of what’s going on – that we’re trying to remain objective and unmoved by such incredible suffering and absurd politics […] The use of humour allows you to get in with people who would otherwise be turned off by your message. People can only be hit over the head so many times by a given message.

“[We want] to address the political situation in Israel, and to create a space for Jews in the Diaspora to wrestle with their opinions on Israel.” —Aviva Zimmerman

MD: The show has tackled a variety of human rights injustices in Israel, from pinkwashing to the treatment of African refugees. How might the Diaspora relate to these issues?
AZ: The subject of Israel’s internal issues is often brushed over by the desire to paint the conversation in black and white: you are either for Israel or against Israel. When criticism of Israeli internal policy arises, it is often brushed aside as “all democracies have flaws” and “why not criticize another country doing the same thing?” These are just different attempts to stifle conversation and delegitimize criticism of Israeli policy. Mainstream organizations, such as the ones that organize Birthright trips, often brush over the “bad” parts of Israel or the parts they don’t want people to see. That is where we come in. Our series is an attempt to satirize these efforts to sweep under the rug the very problematic […] policies that we feel are pushing Israel closer and closer to extremism.

MD: How have North American Jewish communities reacted?
AZ: The response has been mixed. Many young Jews have reached out saying, “thank you so much for making me laugh, and for making me feel okay for criticizing Israeli policy.” But we have also received a lot of negative feedback, mostly from right-wing groups who do not appreciate our humour or our message.

MD: Do you think social media plays a role in the show’s reception?
AZ: When the show first dropped, the whole crew was watching the online comments roll in […] After working for so long on the show, there was an immediate satisfaction to reading the comments, especially the people who were hate-watching it. Those are still my favourite. Of course, we’re not the only ones seeing those comments. Social media allows our followers to interact with one another and for us to jump in and join the conversation, too. It makes for a show that’s living and breathing and constantly changing, which is more of the model we’re after: an interactive experience that goes both ways, between fans and creators.

“Our series is an attempt to satirize these efforts to sweep under the rug the very problematic […] policies that we feel are pushing Israel closer and closer to extremism.” —Aviva Zimmerman

MD: Does viewer input affect your production process?
AZ: We’ve definitely been listening to our viewers when it comes to planning new episodes, shorts and one-offs. [We’re] especially attuned to feedback from the people who are most pissed off by the show’s content. When we really get under someone’s skin, then we see how we can push even further in those directions.

MD: What advice can you give to Diasporic Jewish people who may have doubts about supporting Israel?
AZ: I fully understand the quagmire that many young Jews of the Diaspora face. Often, they grow up in communities that offer unwavering support [for Israel], and most mainstream Jewish education presents a totally one-sided approach to the [occupation] without presenting any other side […] For me, I felt I was raised with a definite right versus wrong. Israel was always right. And anyone who doesn’t think that way has a problem […] So I was raised a staunch supporter of Israel. When I got to university in Toronto, I was shocked to first learn of so much anti-Israel vitriol out there in the world, and I was totally unequipped to deal with it. At that point, though I was interested in learning […] the Palestinian narrative, I definitely did not feel welcome in [relevant] student groups on campus. Their rhetoric frightened me, and I didn’t have the tools to understand it at that time. But then when I went to Hillel, their right-wing rhetoric totally isolated me as well. So in university, I had no place to connect with […] It took a few more years, and actual trips to Israel to ‘see’ the other side and to begin to form an opinion. Now I think the arena has changed, and there are lots of Jewish groups emerging that are critical of Israel, or at least, invite the space for Jews to be critical (Jstreet U, If Not Now, Jewish Voices for Peace, the Centre for Non-Jewish Violence, All that’s Left, Open Hillel). So I hope there is more space for young Jews to still be connected to a community [while voicing] their criticism of Israel.

MD: What’s next for Avi?
AZ: We’re hard at work on our second season, which we’re aiming to release around the 50th anniversary of the occupation of the West Bank […] We are really excited to tackle Israel’s PR machine, Israeli settlements in the West Bank, and the Israeli government attempts to suppress criticism, such as the recent travel ban on visitors who support of [the Boycott, Divestment and Sanctions movement]. We’re also trying to find a way to bring the show to a Canadian audience, and are developing a new project in that vein.