To entertain is to consider

Sitting down with the director and cast of Intractable Woman 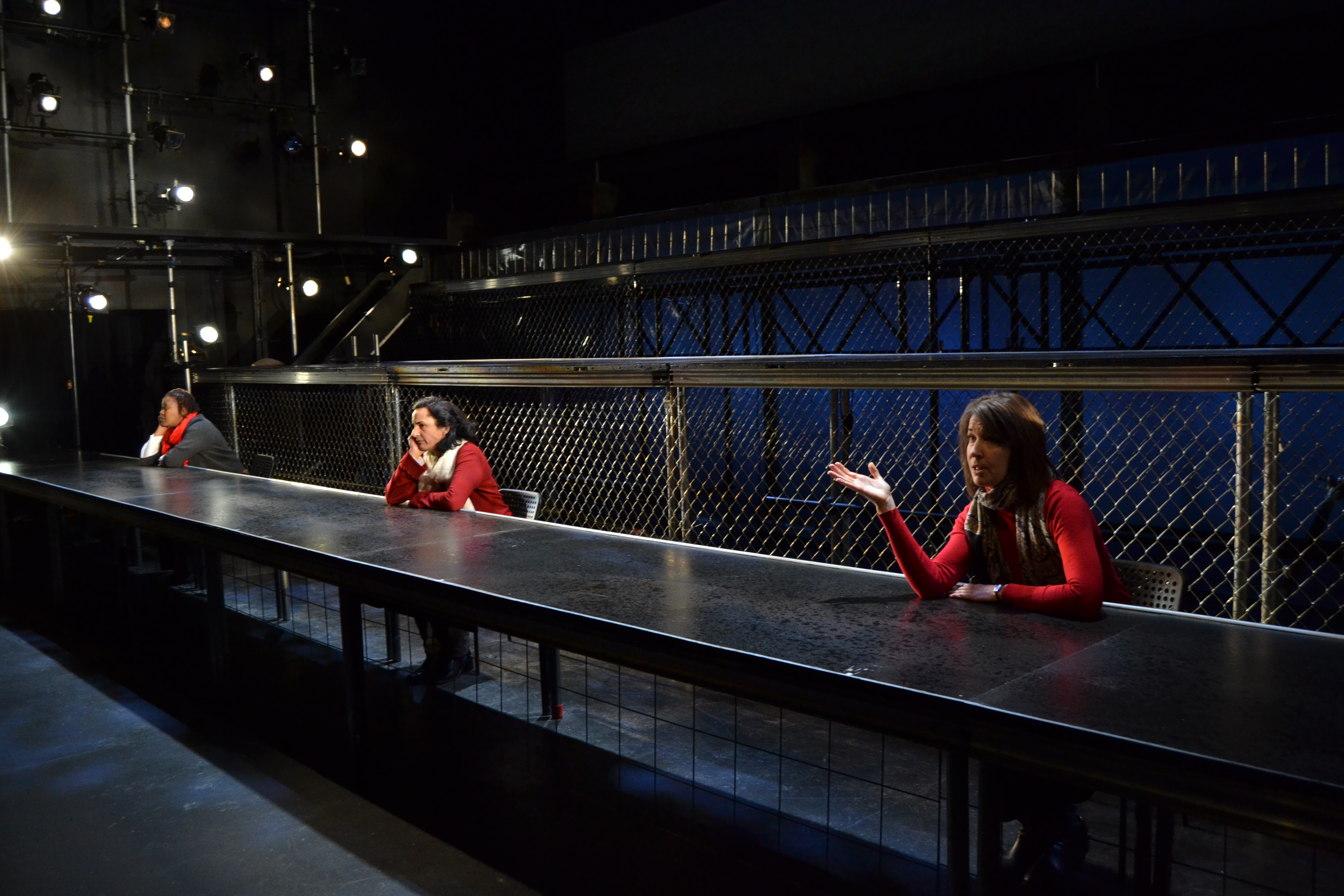 “Some people pay with their lives for saying aloud what they think,” said Anna Politkovskaya, a Russian journalist, writer, and human rights activist. Well-known for her coverage of the Second Chechen War and vocal criticism of the policies of Russian president Vladimir Putin, she was murdered in 2006 in what is widely believed to be a contract killing.

More than a decade after her death and an ocean across from where she did most of her work, Montreal’s Imago Theatre has produced a theatrical memorandum to Politkovskaya in the form of Intractable Woman. The play details her fight for freedom of the press and freedom from state censorship as she exposed aspects of the war in Chechnya.

Without asserting sanctimonious moral claims, the play nudges the viewer to reflect independently and conscientiously. This encouragement for autonomous interpretation is fundamentally linked to the artistic philosophy of the play’s director, Micheline Chevrier. Speaking to me on the topic of art’s ability to subvert a mainstream line of thought, Chevrier explained that “the good plays are the ones that really ask difficult questions and don’t provide answers, so they trigger in us a reflection and an urge to investigate things that we probably wouldn’t normally.”

Imago Theatre is one of Montreal’s longest running independent English-language theatre companies. As the Artistic and Executive Director, Chevrier has refocused the company’s mandate to “[highlight] the feminine perspective.” This refocus aligns with Imago Theatre’s mission to be “a catalyst for conversation, an advocate for equal representation, and a hub for stories about unstoppable women.”

I sat down with Intractable Woman’s all-female cast – comprised of performers Deena Aziz, Laura Condlln, and Warona Setshwaelo, who all play Politkovskaya – and inquired about the universal relevance and timeliness of Politkovskaya’s story.

“Here we are, in this dangerous, anxiety-filled time, so what a better time to lift [Politkovskaya’s] story and her words,” Condlln began. “We want to share it with as many people as possible because of course, safeguarding the right to free speech and the necessity of truth in trauma, in atrocity, in disaster, in troubled times – is a necessary action.”

Aziz elaborated on how journalistic freedom in Canada is not always guaranteed and that Canadian audiences should be self-reflective when analyzing the context in which Politkovskaya worked.

“We’re certainly not immune to this, in Canada. Most particularly under the Harper government, there was so much clamping down on the freedom of the press,” Aziz said. “It would be a mistake to imagine that we are somehow above this.”

Setshwaelo further spoke about how the arts can bring urgent, pressing questions into public consciousness. “It’s important to program stuff like this and not just if something is happening, because you don’t know what is actually happening. There’s no way that this just came up all of a sudden in the last two years. It was still there two years ago – we just didn’t know. That’s why it’s important to always tell these stories, because they’re always relevant.”

“I think somehow we use entertainment in the wrong way,” Chevrier said, expanding on the role of theatre in society. “To entertain something is to consider it and entertainment to me is that: ‘consider this.’ And I think that’s what theatre does.”

Stefano Massini, the playwright of Intractable Woman, had this to say of Anna Politkovskaya: “It’s as if conjuring this woman’s name could suddenly put the broken shards of the Russia-Chechnya mirror back together.”

The Russian-Chechen conflict dates back to 1785, with low-level insurgency persisting today. Politkovskaya reported throughout the Second Chechen War during a time of heightened violence, receiving death threats as she detailed the desperation civilians faced against Russia’s oppressive army.

“Safeguarding the right to free speech and the necessity of truth in trauma, in atrocity, in disaster, in troubled times – is a necessary action.”

“Blood, snow. Blood, snow. Blood, snow,” on stage, Condlln’s Politkovskaya repeats, her mind struggling to break free from the inflicted violence. The droning mantra lasts for minutes as the play nears its culmination. At this point, the audience has followed Politkovskaya through harrowing ordeals: beatings, arrests, death threats, and state-sanctioned censorship. Her repeated calls contrasts blood – warmth and humanity – with snow – coldness and indifference – revealing the hopelessness of living through a war that seems never-ending.

When I asked why Chevrier decided to cast three performers for the same role, she stressed that the struggles Politkovskaya went through as a journalist are neither isolated to her life nor her socio-political context.

“Even though the play is about Anna Politkovskaya and she was a Russian journalist, […] there are many journalists from all over the world who suffer the same challenges and consequences,” Chevrier explained. “It was important for me that it wasn’t just relegated to one part of the world, or one kind of person, so I wanted to have a representation that was asking us to think about that.”

“When you’re […] one third [of a character], you’re all relying on each other to literally finish each other’s sentences,” Setshwaelo added. “Working so closely, there’s always an unspoken energy that surrounds the three of us that we have to have in order to feel safe to do this. It’s pretty exposing, vulnerable stuff up there.”

Condlln added, “what we are doing right now with our art, with this play, is dangerously parallel to what is happening [in the real world].”

Intractable Woman runs from February 9-18 at the Centaur Theatre. Each showing has a Pay-What-You-Decide option at the end of the play.