“Grabbing back” isn’t the answer 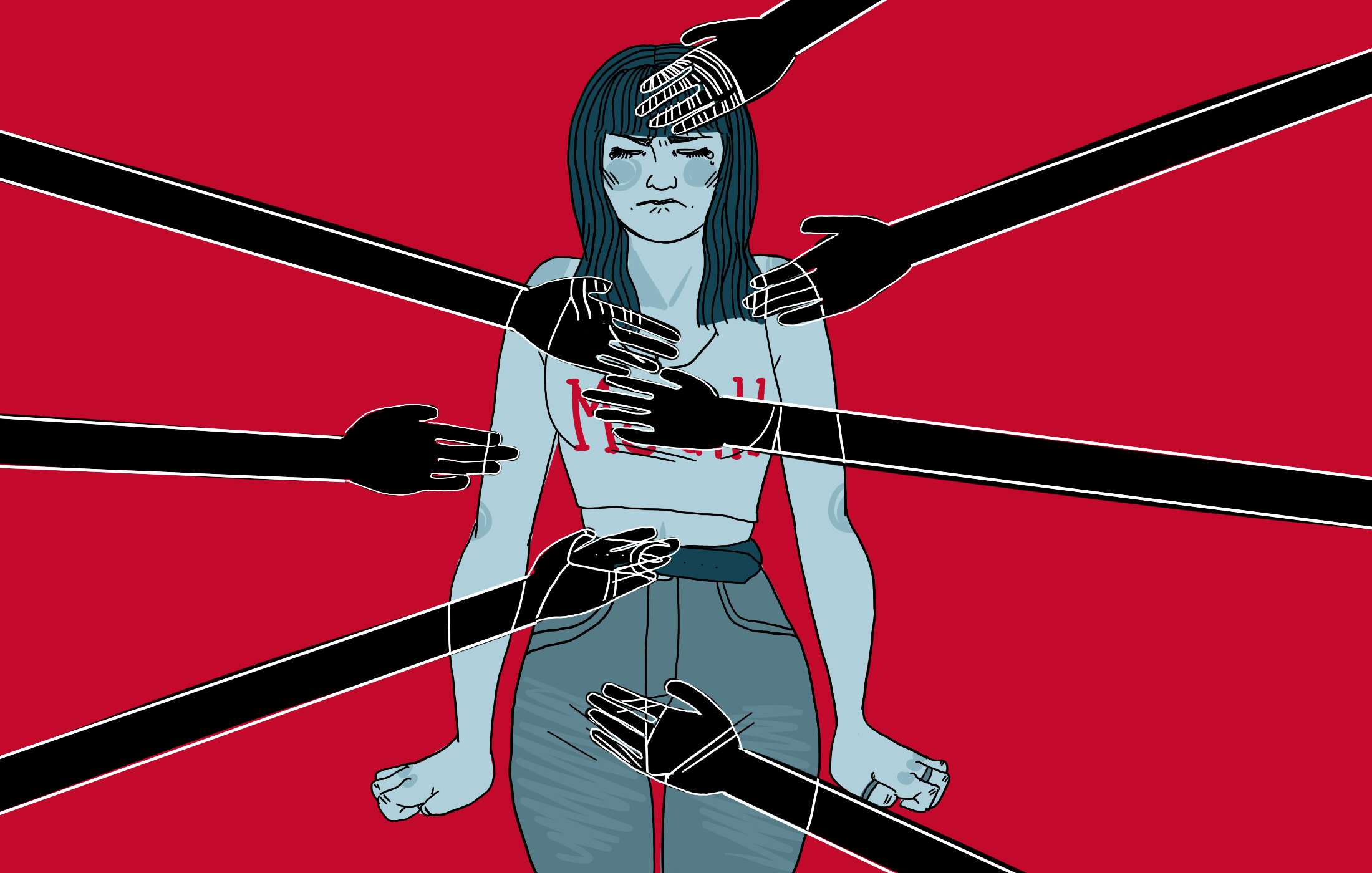 For as long as I can remember, my body has been objectified and claimed without my consent. One summer, when I was fourteen I was travelling to my friend’s house for a sleepover and managed to hop on an empty subway car. About two subway stops someone walked in and sat down near me. They gradually moved closer during the fifteen minutes it took me to get to my destination. Then they quickly moved next to me and grabbed me in the crotch. There was no one there to hear me cry, or no one to see me run out just before the doors of the subway car closed. No one saw me run up the stairs; experiencing a panic attack as I waited for my attacker’s train to leave the station. This was not the first nor the last time I was assaulted like this.

Every time I’ve experienced a violation of my bodily autonomy, I’ve had to go through the process of reclaiming my body. I would not touch or let anyone touch me, and I recoiled at the idea of even being in close proximity to those I didn’t know. I stayed away from anything that mentioned vaginas. I downloaded extensions that would block out words related to the parts of my body that had been touched, watched only movies and shows that I knew were safe, and made sure the activist groups I was a part of would actively employ warnings when such content was going to be discussed. I tried my hardest to control my recovery.

October 7, 2016 presented a new challenge: the leak of an Access Hollywood tape of then presidential candidate Donald Trump bragging about sexual assault. In the widely circulated video, Trump brags about how his status enabled him to take advantage of women and that he “[could] do anything […] grab them by the pussy.” I could no longer protect myself from the barrage of commentary on the issue of sexual assault, and was forced to relive the assaults committed against me as a minor over and over and over again.

I expected to find solace from the repetition of this assault with activist groups on campus, in the Greater Montreal area, and on the internet. However, any critical discussion of how Trump’s team claimed the comments were “locker room talk,” or any discussion about sexual violence as a whole, were quickly overshadowed by cissexist vagina-centric feminism that followed the false assumptions that possessing a uterus is equal to womanhood and thereby excluded trans and non binary people. Instead, talks began to shift to the creation of slogans for the protests against Trump, and vagina-centric lines like “this pussy grabs back” became inescapable. The adaptation of the slogan was not publically questioned by the leaders who led these ‘safe spaces,’ and sexual assault victims were not consulted on how we felt about essentializing a traumatic event into a catchy hashtag.

During the time period between the leak of the tape and present day, I and other sexual assault survivors saw the faces of our abusers in that of the elected president of the United States. We then saw the appointment of individuals that value the lives of cells conceived through rape over those of people inhabiting violated bodies. And again, we saw the resurgence of the slogans.

I attended the Women’s March in Montreal expecting a few signs that centered around vaginas, but what I saw was a sea of pink hats and cardboards that normalized the trauma I experienced. I expected to find solace and offer solidarity to those affected by the Trump administration, but instead saw my sexual assault turned into a punchline. Through the months of repetition, slogans like “this pussy grabs back” became a routine part of the resistance against Trump. It was no longer viewed as a personal traumatic event, but rather as a chant alongside all others.

With the fact that one in three Canadian women will experience sexual assault in some form during their lifetime, I understand that there is a likely possibility that some of the sign holders may have experienced sexual trauma. It can be a healing process for some to reclaim the language of the abuser and use it as empowerment. However, it is dangerous to assume that all survivors wish to do so and acting on this assumption is violence against those of us who suffer from Post Traumatic Stress Disorder or other psychological and emotional trauma as a result of the ordeals experienced. The repetition of slogans that trivialize sexual assault erases victims’ experiences and disrupts individual healing processes. Being at the march, being surrounded by images of the parts of my body that were violated, was not empowering to me. Instead, it left me feeling alienated from a community that claims to support me.

So during the next inevitable protest against the Trump administration, leave your vagina related signs and hats at home. Think of the fourteen year old trying to get to their friend’s house and being assaulted by a stranger on the train. Or any of the countless victims of sexual violence you march alongside as you normalize our trauma and turn it into a punch line. We are not your slogan, let us heal.