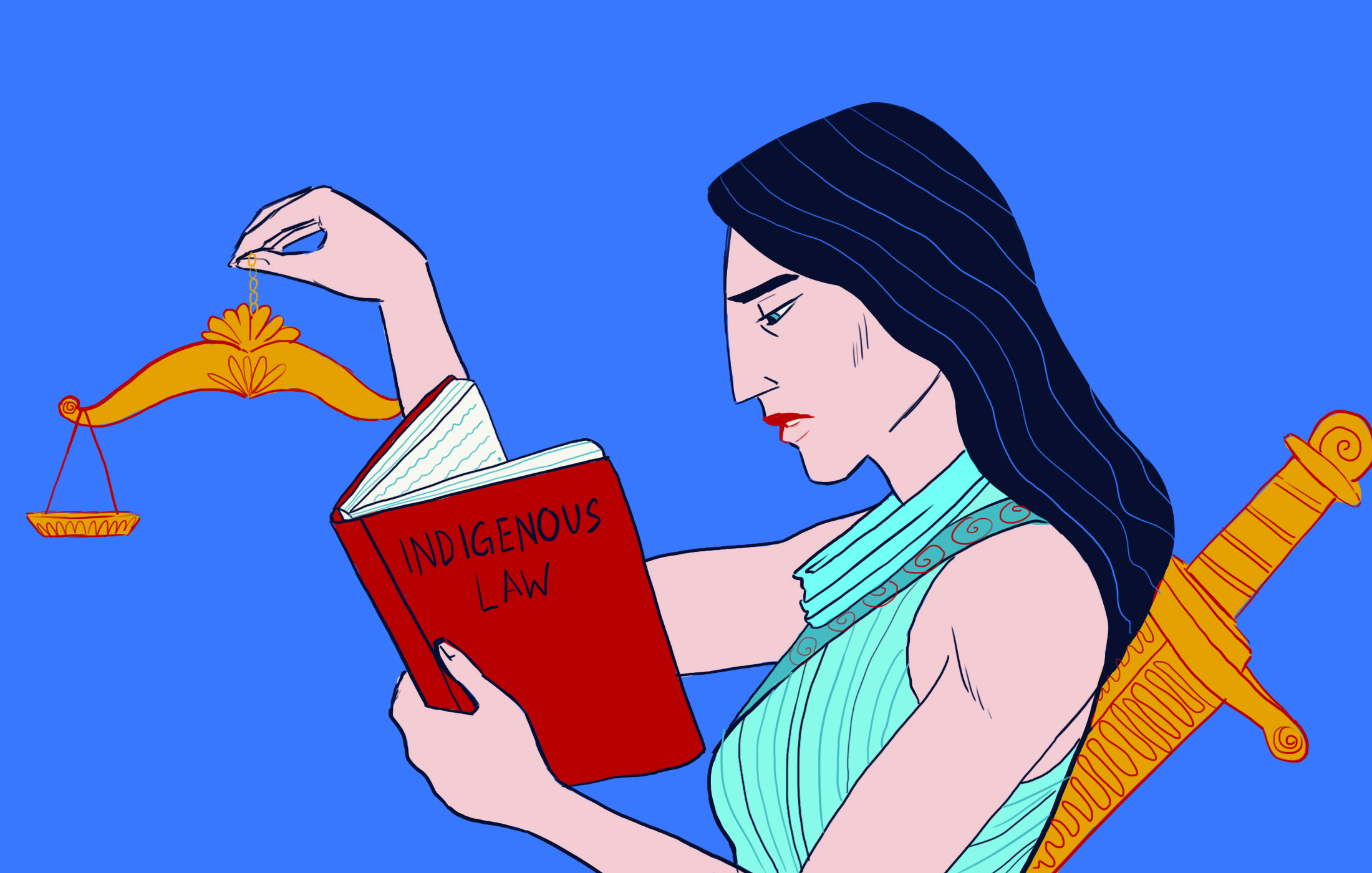 The first week of the Winter semester saw first-year students in McGill’s Faculty of Law participating in a mandatory week-long intensive course on Indigenous legal traditions.

The course is part of the Faculty’s response to the Truth and Reconciliation Commission’s (TRC) report, released in 2015. (The TRC was organized to investigate the abuse inflicted on Indigenous peoples through the Indian residential school system.) Professor Kirsten Anker told The Daily in a phone interview that the Commission recommended that all Canadian law students take a course on Indigenous issues.

Anker, who taught a session as part of the intensive course, lectures about property, and Aboriginal peoples and the law at McGill. In creating the course, the Faculty of Law built upon the elective courses on Indigenous issues she herself developed.

“Instead of just teaching what’s called Aboriginal law […] we started bringing Indigenous law and traditions into the picture and kind of trying to have a […] dialogue about law between traditions, which is kind of the gist of what transsystemic law or legal education means,” she continued. “So it’s kind of taken that model, that idea, and brought it into a week for the whole first year [class].”

In an email to The Daily, professor Hoi Kong, one of the creators of the course, explained that the course was also inspired by “discussions, students, faculty, and other stakeholders had over the past few years about how to renew the curriculum.”

“The door was open to Indigenous traditions but nothing really robust had been done to build them into the transsystemic program.”

The content used specific examples from Cree law, and included the “historical context, theories, and sources of Indigenous laws, as well as modes of interpreting and applying those sources,” he added.

Reactions to the course

When asked about the response from faculty and students, Anker said her impression was that “students were really engaged and they found it really interesting.”

“It was working really well in the way that it’s been set up to kind of mirror the integration week they did in first semester: looking at common and civil law about […] the question of safe injection spaces for [Intravenous] drug users,” she continued. “I think that worked […] really well […] because one of the challenges of learning Indigenous law is that it’s often in the abstract; someone can talk about it, but you don’t really get a sense of how it works as law until you try to do something with it.”

Anker added that other faculty members are also excited about giving more space to Indigenous issues in the curriculum.

Kong shared Anker’s sentiments, adding that he has been “really moved by the sincerity of the expressions of support.”

“I think that worked […] really well […] because one of the challenges of learning Indigenous law is that it’s often in the abstract; someone can talk about it, but you don’t really get a sense of how it works as law until you try to do something with it.”

In a phone interview with The Daily, Allan Vicaire, First People’s House and Social Equity and Diversity Education (SEDE) Office’s Indigenous Education Advisor, shared his excitement about the initiative.

“I think it’s about time that the University is pushing to include Indigenous perspectives in the classroom,” he said.

“I think sometimes we forget, especially at McGill, there are some great professors out there that are ready to push for Indigenous perspectives, and [ensure] that curriculum is inclusive,” he continued.

Vicaire noted that this initiative differs from others because the faculty is “ensuring that every student […] is being exposed to Indigenous issues.” He believes the next step is for other faculties to begin thinking of how they can implement that.

“I think it’s about time that the University is pushing to include Indigenous perspectives in the classroom.”

However, at least one first-year law student, Isabelle*, found that the course was problematic, particularly because of a lack of Indigenous voices.

“The instructors told us that was due to several reasons: that we should gain a background knowledge on Indigenous culture and legal systems before engaging with Indigenous peoples as a symbol of respect, and that there is a significant strain on Indigenous academics right now,” she said in an email to The Daily.

“I completely understand and respect these decisions, as well as the importance of putting in the work ourselves, however, it often felt as if we were learning from the wrong people,” she continued.

Isabelle further noted that the course content felt introductory, which is useful for students who had not previously been exposed to Indigenous issues, but left others wanting more.

She went on to say that “this week seemed to fit very well with a colonial legal education. It seemed to emphasize voices and analyses of academics who sought to engage with colonial legal systems and who took a reconciliationist approach. It often felt as if many more radical, or even separationist perspectives were missing, those that are often missing in internal legal conversations in law school.”

When asked what more needs to be done in teaching students about Indigenous issues, Anker highlighted the importance of transforming colonial power dynamics.

“This week seemed to fit very well with a colonial legal education.”

“It’s not just about giving people information, although that’s a really important part. It’s also about establishing that pedagogy and that learning environment has to come out of a relationship with communities,” she added.

In terms of the course’s future development, Kong noted that a faculty committee is working to determine the next steps, such as the possibility of making this type of mandatory course longer.

Both Anker and Isabelle shared their belief that Indigenous law should be integrated into all of the courses offered by the Faculty of Law.

“It’s not just about giving people information, although that’s a really important part. It’s also about establishing that pedagogy and that learning environment has to come out of a relationship with communities.”

“Engaging with Indigeneity and colonialism means going beyond the classroom and working towards decolonization in every sense of the word,” Isabelle said. “It means challenging the culture of our classrooms and the Faculty in general; challenging its whiteness, its colonial history (and present), its heteropatriarchy. We need to think about and challenge what a legal education actually means within a settler-colonial context.”

*Name has been changed.