We have officially left the Holocene 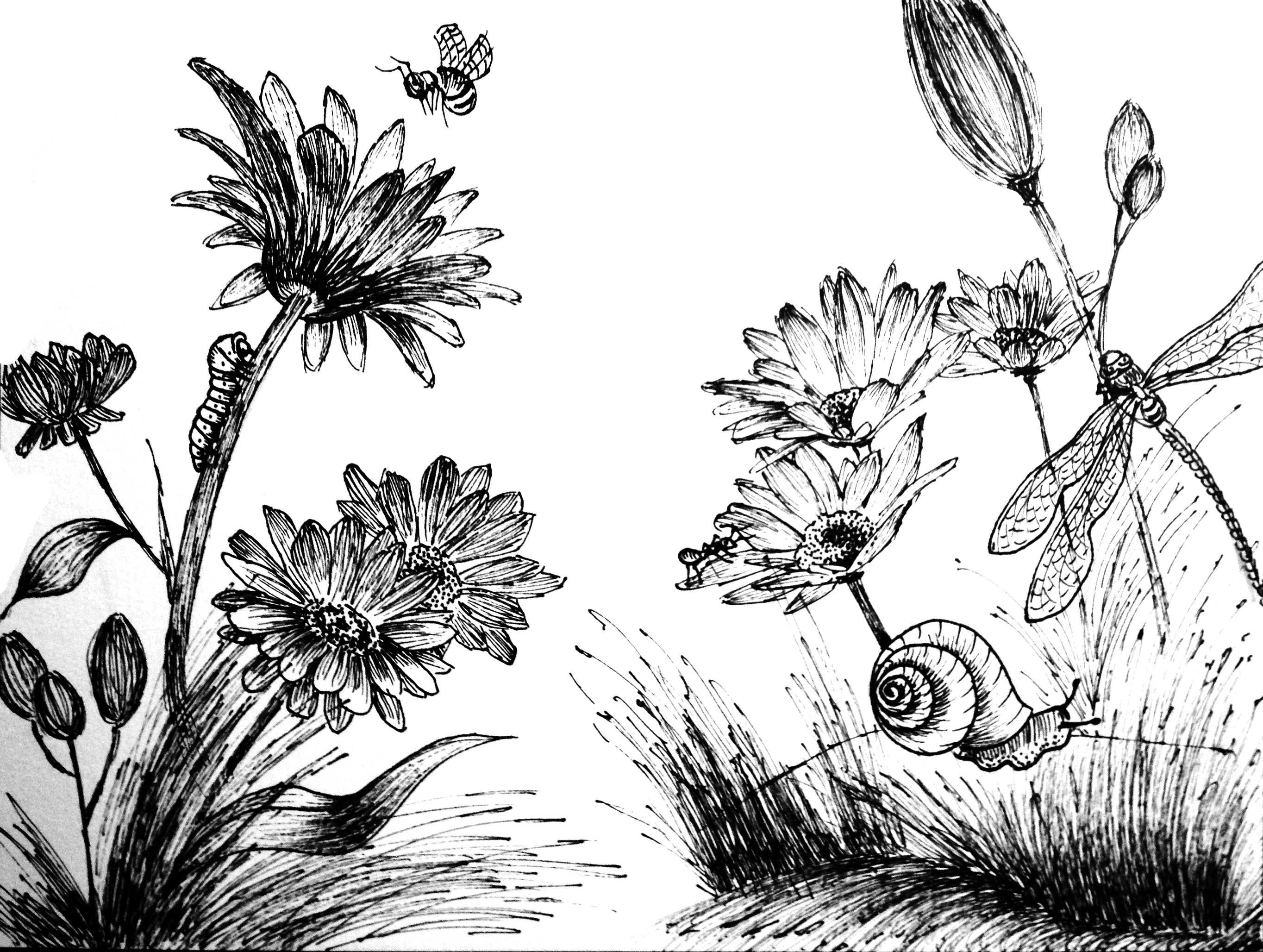 The “Anthropocene” is upon us. On August 29th, 2016, the Working Group of the Anthropocene, a group of scientists working on the formal definition of a new geological era, voted to formally designate our current geological epoch the “Anthropocene” and presented the recommendation to the 35th International Geological Congress, one of the largest geological conferences in the world of its kind. If the term is approved, we would have officially left the Holocene. The prefix “anthropo” implies that humans have a deep impact on it. The “Anthropocene” has been discussed as a term since the 1960’s, but it is now officially recognized. The worst part is that the overwhelming majority of us are not even aware of this change as we mill about our everyday lives, unknowingly pushing ourselves deeper and deeper into the abyss of this terrifying geological epoch.

Welcome to the Anthropocene
The World Wildlife Fund (WWF) predicts that 67 per cent of species (relative to 1970 levels) will be lost by 2020. The organization has just released an alarming new report stating that the number of animal species has already plummeted 58 per cent from 1970 levels. Three oft-cited culprits are to blame: the destruction of wild habitats, hunting and pollution. Some truly horrifying statistics have emerged from this report. Unsustainable fishing causes aquatic ecosystems to be depleted more rapidly than they can regenerate themselves. This is caused by numerous factors such as more technologically sophisticated fishing equipment and international watermaking it hard to monitor. In addition, poaching has caused more than three hundred mammalian species to have become extinct. More specifically, vultures in Southeast Asia have been decimated over the last twenty years. Rivers and lakes have seen animal populations freefall from 81 per cent of their previous levels. In concrete terms, the magic number that we need to avoid is a two degrees Celsius rise in temperature.

Origins of the green movement
The Canadian Federal, Provincial and Territorial Working Group on Biodiversity, established by the Canadian Council of Ministers of the Environment in 1992, defines biodiversity as the variety of species and ecosystems on Earth and the ecological processes of which they are a part of. The history of the green movement itself goes back even further. As early as 1802, William Wordsworth, one of the preeminent English Romantic poets, criticized in his work the rapid industrialization that was happening around him. “The world is too much with us,” he writes in his famous masterpiece, “late and soon, getting and spending, we lay waste our powers; little we see in Nature that is ours; we have given our hearts away, a sordid boon!” The first case of forest conservation legislation came in the mid-19th century, spearheaded by Alexander Gibson, a Scottish surgeon and botanist. Alexander Humboldt, a Prussian geographer and naturalist who linked deforestation, increasing aridity and temperature change on a global scale, was instrumental in putting in place a state governed system of forest management in the then British colony of India. Biodiversity has been a piece of our collective consciousness since James Watt’s steam machine gave us the ability to change the fate of our planet.

What about now?
More than two hundred years later, environmental issues are still not getting the attention they deserve. It’s hard to worry about the state of the biosphere when you hardly ever see nature. “As a student living in a city like Montreal, it’s easy to feel extremely disconnected from nature and the issues that surround decreasing biodiversity,” says Mari Claire Paoli, the lead organizer an upcoming public Student Environment Action Network and WWF conference discussion on biodiversity. “Yes, the impending extinction of hundreds of species is a tragedy, but how much can it really impact us, privileged first-world citizens?” Montreal, after all, gives us food from halfway across the world that comes in too many disposable packages year-round, instant heating and air conditioning when we are freezing cold or burning up, clothes made in developing countries that we throw away when a new fashion trend comes around, meat overconsumption and instant access to hot showers. “As humans, it is common for us to feel unaffected by biodiversity loss,” says Celeste Welch, founder and president of WWF McGill. Many of us rarely venture out of this industrious city; making it all too easy to forget that we are intrinsically and inescapably intertwined with our environment.

We delude ourselves into thinking that our personal issues are more important than the destruction and loss of the world that we evolved from. It’s hard to think about biodiversity when our own city gives us the illusion of being shielded from what is really happening in nature. However, such ideas are misguided, largely because industrialization and citis are only made possible because there is biodiversity in the first place.

On the occasion of World City Day this past Halloween, the United Nations (UN) Decade on Biodiversity, as recommended during the tenth meeting of the Conference of the Parties, and referring to the decade between 2011-2020 created new plans. This decade declared by the UN General Assembly to support and promote implementation of the objectives of two plans that have a goal of significantly reducing biodiversity loss (Strategic Plan for Biodiversity and the Aichi Biodiversity Targets) released a message on why biodiversity is a central issue for city dwellers. It states that “Ecosystems provide many kinds of services to the city: provisioning of food, fibre and fuels; regulating through purification, detoxification, buffering of heat islands and mitigation of droughts and floods; increasing real estate value due to valuation of green spaces, and enriching the spiritual, aesthetic and social life of urban dwellers.” Biodiversity makes cities function and thrive. “[By destroying biodiversity], we are also creating an environment in which we ourselves cannot survive. We fail to see the bigger picture that all of life is interdependent. We forget that, without our environment, we are nothing,” elaborates Welch. Paoli echoes similar feelings, “saying that] a morphing biodiversity will have ripple effects is a huge understatement.

On very concrete terms, entire ecosystems will shift to new equilibrium states, creating environments that we are not used to and do not understand.” In fact, in 2012, the University of Michigan released a comprehensive study examining the effects of human-generated biodiversity loss in different environments. The measured environmental impact of species loss in regions with higher levels of extinction (41 to sixty per cent) were deemed to be comparable to those of other big drivers of environmental change such as ozone pollution, and acid rain. And there is no telling where this process will go in the future. A study published in Nature in 2014 gave over a thousand possible scenarios depending on the actions we take today.

What does the future hold?
If we want to stay on track and keep temperature levels from rising by more than two degrees Celsius, measures across all environmental sectors must be adopted. But instead, we are currently on track to raise our global temperatures from 3.2 to 5.4 degrees Celsius, one of the worst climate scenarios predicted by current climate models. Humans today have the power to act in order to prevent the most catastrophic scenarios, but our window of opportunity is closing fast. Not taking action can be dangerous. “We bury our heads in the sand to stay blind to the crux of the matter: that we are a species, just as U. maritimus or B. mysticetus are species. H. sapiens – a species, and a dangerous one at that,” says Welch.

The intrinsic interconnectedness of the environment therefore makes it impossible to neglect even one issue without it affecting all the others – and biodiversity is as good a place as any to start. “It’s important to take the time to discuss the very real issues that many people around the world, including Canada, are already experiencing as a consequence of shifting ecosystems,” says Paoli as one of the things she hopes to get out from next week’s discussion conference. Indeed, the past summer has seen interesting changes in biodiversity close to Montreal. Narwhals, a species that usually dwells in the Arctic-sunfish and capelins all have all increased in numbers in the St. Lawrence. Scientists suspect warmer waters for the change in species composition. It is too early to tell whether that is a good or a bad thing, but it is probably wise to not wait it out. David Hooper, a professor at the University of Western Washington, suggests some simple actions people can take right now to mitigate species loss: reducing pesticide and fertilizer use to decrease the runoff of those chemicals in aquatic ecosystems, composting and recycling to decrease the amount of waste that clog up natural habitats, and using environmentally friendly cleaning products that do not contain harmful chemicals. Ultimately, it is our responsibility to think about the well being, the future, and our deep impact on the ecosystem that we evolve in.