You promise to meet at the Palestine bank at four but chances are you will late and at the wrong bank. Start looking at the one in the main manara square and then move downwards to downtown.

Once you find the right bank of Palestine, get in the car that is waiting.

And then step out again to take a portrait of your tour guide smoking a cigarette in the sunlight.

Don’t put your seat belt on when you get back in the car. Seat belts off in Palestine. “Keep talking,” he says, “That way I can have more time to think about where I’m going to take you”. This is Ramallah in a car, with Bashar.

He takes you down through Al-Tira, the neighbourhood that people call the “Doctor’s neighbourhood”. When you pass by the Nelson Mandela statue, recently gifted from the people of South Africa to the people of Ramallah, it is an obligatory step to stop in order to take a picture. A selfie, if possible.

Look at the road leading down into the valley, opposite from the statue. Ten years ago that would have been a place for you and your friends to go play football in the nature but it is built up now. Cross that location off of your guidebook, it’s been interfered with by the development of Ramallah. You can thank the Oslo Accords for that. You can thank the Oslo Accords for a lot of things, but there is no time now.

Continue driving down the big road that leads down towards Anquinia. Don’t ask us the name of it, addresses are done solely through long descriptive paragraphs: “You know, the road next to the basketball court where we ran with Right to Movement in the winter that leads down past Ahmed’s house? That one.” Pass by Taybeesh supermarket, the third sight on this drive. Remember it, as it’s the best place to get drunk pizza in Ramallah. For the best sober pizza, go to Angelo’s on Ramallah’s main street. 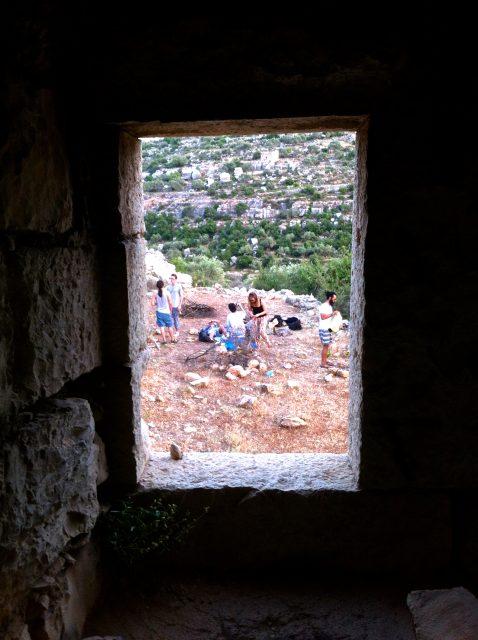 Drive down into the hills of Anquinia but instead of continuing strait down the road as most people do, turn right. At the second hill, park the car and get out. Notice the amusement park on the hill top opposite from you. It seems abandoned but then notice the way the ferris wheel moves very slowly. You can hear people screaming faintly along with pounding music. You’re not going there though.

Follow Bashar through the olive groves and try to scale the terraces as gracefully as possible. 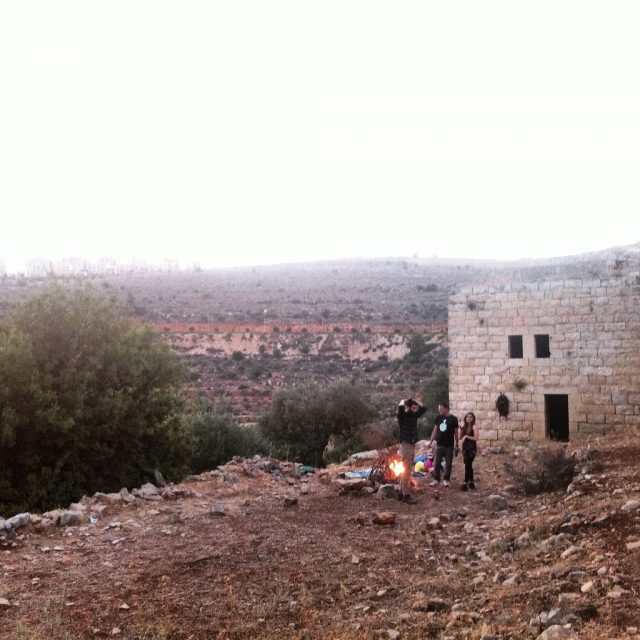 If you are lucky you will come here another time for a barbecue. You will climb into a car that holds two people too many and drive towards that second hill on the right. Along the way you will get lost and maybe someone will drop the watermelon into your arms from above. When you arrive there will be people there already drinking beers and grilling an absurd amount of kofta meat. If you are really lucky some people will have brought their drums and then you will spend the rest of the evening listening in awe as people take their turns drumming together. Listen too, when a voice rises up to sing along to the drum. And then you will be in a circle surrounded by people singing in unison to the songs of their country and you will know you’re in the right place. 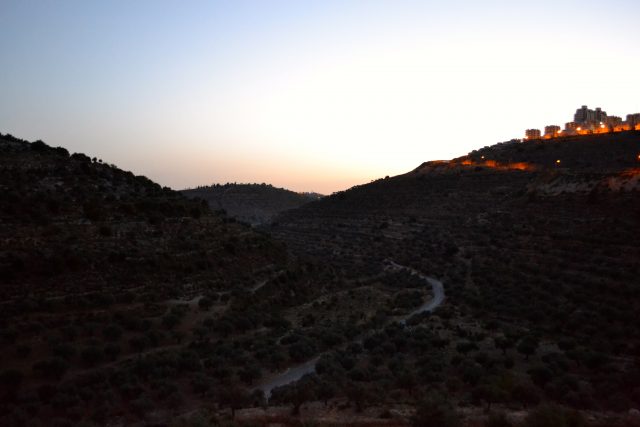 If you do not arrive in Anquinia for a barbecue, you can stay there till the sun sets and then follow Bashar back down the hill and back to the car. Ask him about his grandfather on the way back to Ramallah. That amazing man who served in the British army during the mandate and who used to swim to Syria everyday through the Golan Heights.

In Ramallah, drive down to Ramallah Tahta (Downtown) and pick up cigarettes at Yanni’s grocery store close to the Friend’s girls school. Get to know the man behind the counter well and he will give you a discount for Araq the next time you are in there. You are now equipped for an evening drink. 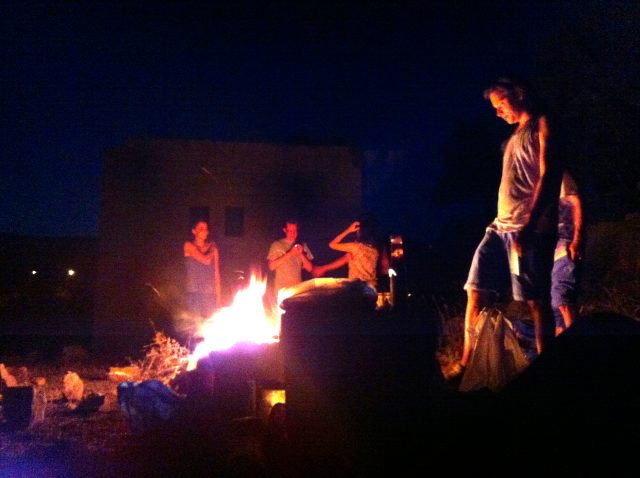 To start off the night with Bashar, go to Pronto, the Italian restaurant run by a Palestinian who will salute you loudly when you sit on the terrace and then offer you shots of tequila next to the Shepherd’s beer that you buy. Buy Palestinian beer when in Palestine. Shepherd’s, brewed in Birzeit or Taybeh from the village of Taybeh. Like most places, it is served with a plate of carrots and cucumbers in salt and lemon juice. Sit outside. Watch the small procession playing music in Ottoman outfits walk by and then turn up Jaffa street. And then when it is time to go home to eat dinner, thank Bashar and say good-bye. You will bump into each other when you are out later in the evening. 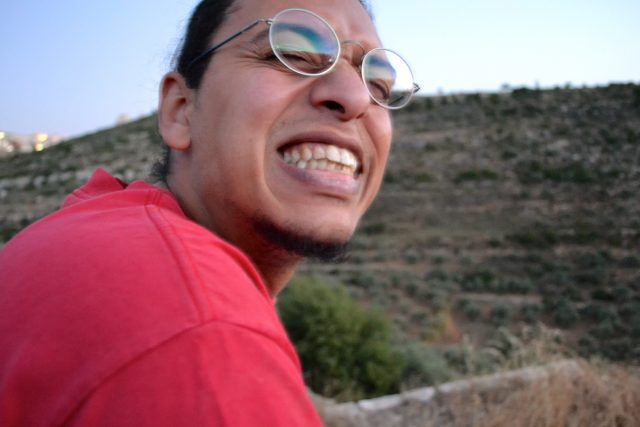