It takes three to tango

A new method of conception 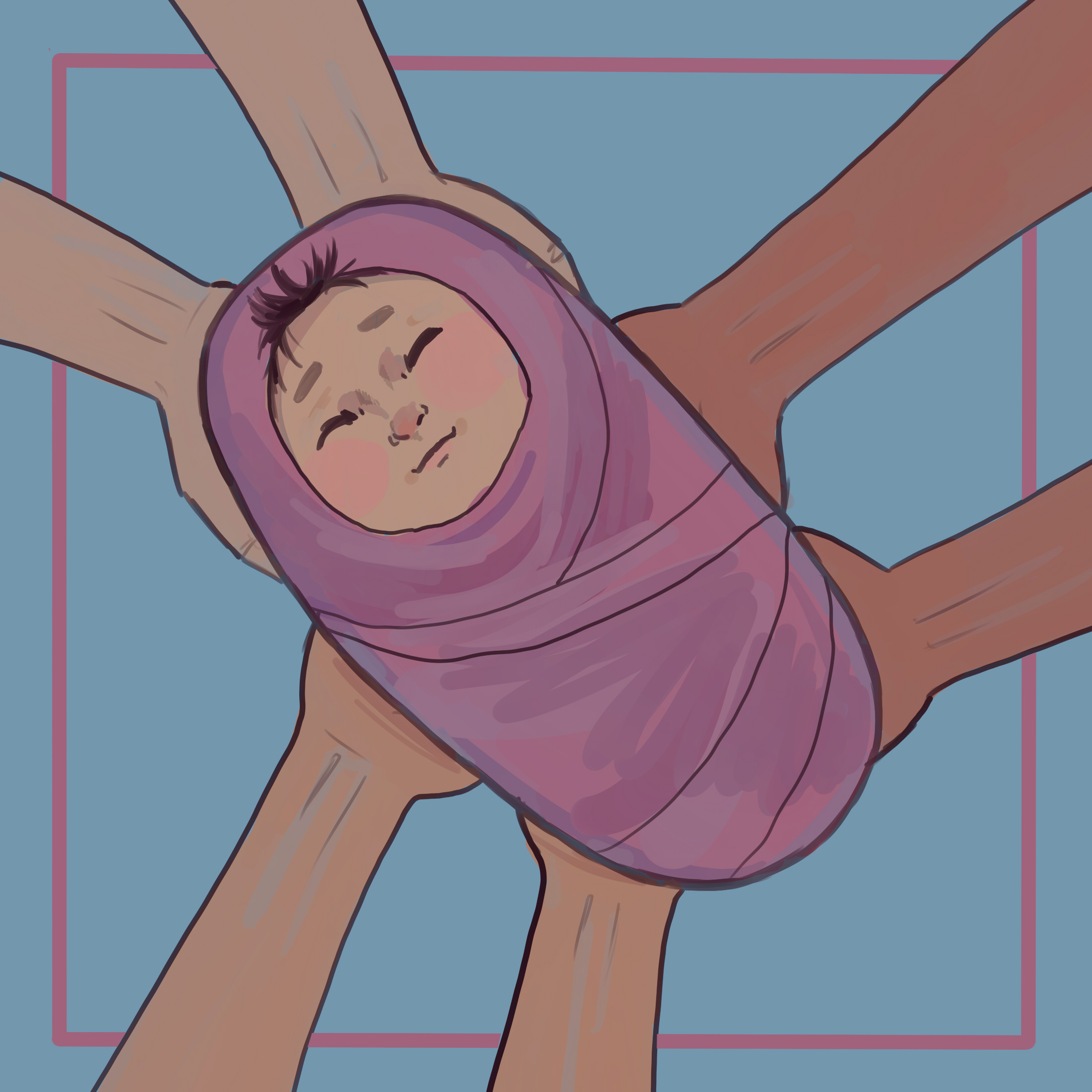 The union of an ovule, the female gamete, and a sperm, the male gamete, has been thought to be the only way to conceive children – until now. This union can directly involve a person with sperm and another with an ovule, or, in the case of In Vitro Fertilization (IVF), the gametes can be combined in a laboratory setting to be later implanted in the uterus after fertilization. However, in late 2015, the necessity of this union was questioned, as reported in New Scientist, with the birth of the first “three parents baby.” In this unusual scenario, DNA from a donor’s egg was mixed with the mother’s egg and father’s sperm to produce an embryo whose cell nuclei contained DNA from all three. But why did these parents need a donor?

The child’s mother was affected by Leigh syndrome, a neurometabolic disorder targeting the central nervous system (CNS). The CNS is composed of the brain and spinal cord which are responsible for analyzing every signal received by any part of the body. Electric signals are relayed from one end to the other via nervous cells called neurons, composed of dendrites, a cell body and an axon. Neurons then connect with each other forming a network throughout the body. Symptoms associated with Leigh syndrome generally appear at a very young age; some of the most notable are loss of motor skills, seizures as well as respiratory and kidney failure. The disease originates from a mutation of the MT-ATP6 gene contained in the mitochondrial DNA (mtDNA), which is responsible for the production of Adenosine Triphosphate (ATP) which provides the energy needed for our metabolism. If two nucleotides in the sequence of the MT-ATP6 gene are replaced, the sequence is modified and the normal production of ATP can no longer happen. Let’s explore a little further the role of mitochondria in order to understand why a mutation in their DNA could be detrimental.

MtDNA contain 37 genes. A mutation to any of these genes would compromise the efficiency of the organelle, which can be fatal. Unfortunately, mutations of mtDNA are not as rare as we might think. Some research suggests that Alzheimer’s and Parkinson’s diseases may result from mutations of mtDNA, as well as Leigh syndrome. The genes contained in a fetal mtDNA come from the mtDNA contained in their mother’s egg passed on during the first three weeks of embryonal development, a phenomenon known as the “mitochondrial genetic bottleneck” occurs.

The distribution of mtDNA to the eggs during meiosis
Women start producing eggs by meiosis very early in their life, and when the diploid mother cell (germ cell) divides, it distributes different parts of the mtDNA contained in its mitochondria to the four daughter haploid cells (the eggs). Hence, the eggs could have inherited either a large portion of the mutated mtDNA or practically none. However, the mechanisms appear to have evolved to keep the mutated mtDNA from being passed on from the mother to the child. But in the case of the mutations being transmitted, the descendant will have very poor chances of survival. We cannot guarantee that some of the mutated mtDNA, the amount of mutations determining the severity of the defect that will be caused, will not be passed on to the child. This is where the donor comes in.

MtDNA contain 37 genes. A mutation to any of these genes would compromise the efficiency of the organelle, which can be fatal.

So that’s why we need a donor
The DNA from the mother’s nucleus is used as a replacement for the donor’s DNA. This way, the baby will not be inheriting the mitochondrial defect, but will be conserving most of the mother’s genes. The procedure executed is called spindle nuclear transfer and consists of removing the nucleus from the mother’s egg, and inserting it in the donor’s egg containing only ‘healthy’ mitochondria. The spindle apparatus of a cell is a network of microtubules, or fibers, responsible for separating each pair of chromosomes during mitosis. After doctors insert the mother’s chromosomes attached to a spindle into the donor’s egg, the latter contains the healthy mitochondria and the mother’s DNA. The egg is then fertilized by the father’s sperm, creating a zygote, the first cell of what will later become a human being. This zygote will divide by mitosis, which means that it will replicate the genetic information it holds in its nucleus in order to have it twice, so it can create a new cell containing the same genes. The rest is identical to any typical gestation. The donor is extremely important, as it is their egg that will be fertilized by the father’s sperm, even though the genes contained within the nucleus will be the mother’s. Although there were some concenrns surrounding this procedure, the nuclear transfer was done at New Hope Fertility Center in New York City by John Zhang, and the healthy egg was fertilized in Mexico.

The donor is extremely important, as it is their egg that will be fertilized by the father’s sperm, even though the genes contained within the nucleus will be the mother’s.

Furthermore, pronuclear transfer has already been performed in the US in the 1990’s on a hundred eggs, but the practice was banned by the Food and Drug Administration, because two embryos developed genetic defects. However, it has recently been accepted in the U.K., which has granted scientists permission to deepen their research of treatments aiming to avoid the transmission of mitochondrial disorders. The U.S has not authorized pronuclear transfer nor spindle nuclear transfer, so the doctors accomplished the transfer in Mexico. Despite spindle nuclear transfer not being legally accepted, Zhang revealed to the New Scientist that no laws were broken during the conduct of the technique since it is not mentioned anywhere that it is prohibited. The procedure was absolutely ethical, says Sian Harding in an interview with the New Scientist, who evaluated the moral side of the process according to U.K. law. Indeed, they prevented the destruction of an embryo and saved the baby’s life, as he could have died of the syndrome inherited from his mother, which was ultimately the main goal.

After testing the baby’s mitochondria, the doctors discovered than less than one per cent of its DNA had undergone the mutation responsible for Leigh Syndrome. The child has for the moment shown no signs of the disease, but he will nonetheless be monitored in order to be sure that none of the mutated genes of the mother’s mtDNA were passed on. The success and details of the operation were announced at the American Society for Reproductive Medicine’s Scientific Congress on October 29 in Salt Lake City. Firm conclucions cannot be made as of yet, but a new option for parents wishing to conceive has beem added to their potential list of choices.