Comfort food for the diaspora 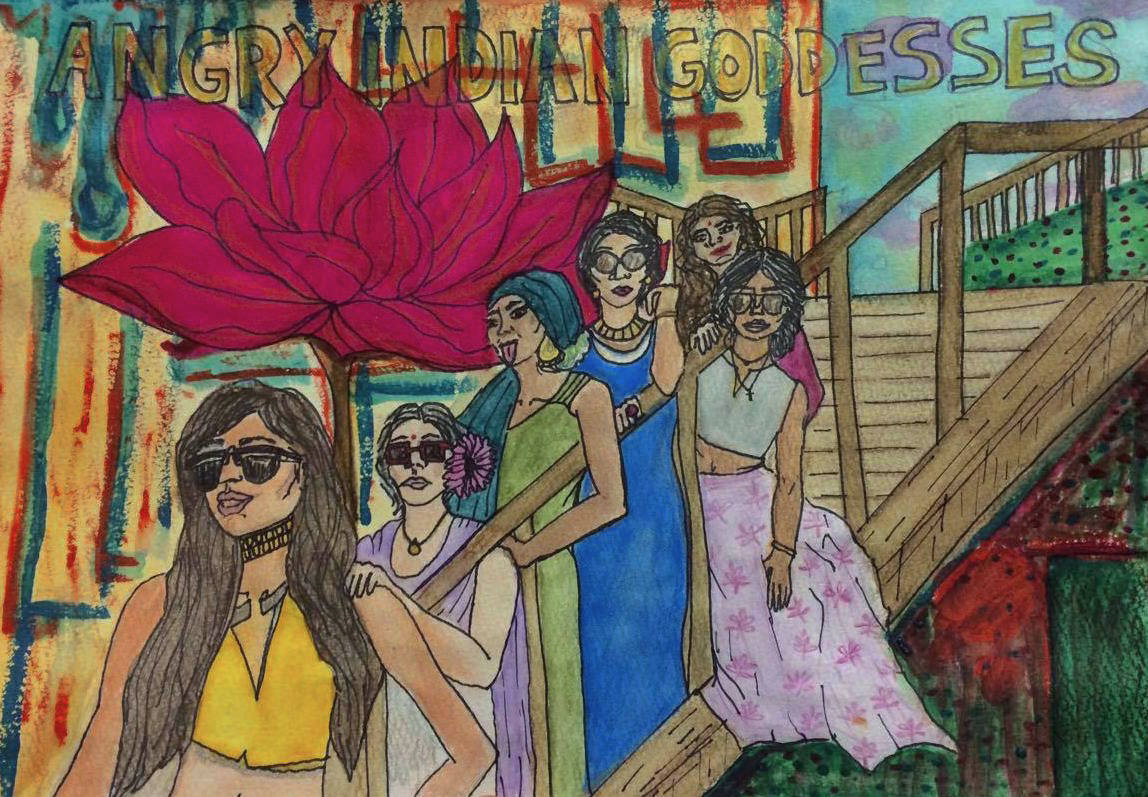 How does the modern South Asian individual perceive concepts of identity and progress? The South Asian Film Festival (SAFF), which ran from November 4 to 6, explored this question. Organized by the Kabir Centre of the Arts, the annual festival showcased 17 films of various formats, made by and about the people of the Asian subcontinent, including India, Pakistan, Bangladesh, and its diasporic communities in other parts of the world.

Ranging from short to feature films to documentaries, this year’s films highlighted the transformations and endurance of the family across the subcontinent and its diaspora, dealing with recurring themes such as women’s empowerment and the history of the subcontinent. With a focus on South Asian stories, language, and art, the SAFF was a much needed breath of fresh air in a city that often fails to recognize its diverse minority culture.

The festival opened with the screening of short film Mala, directed by Kaushik Roy. Set in modern day Kolkata, West Bengal, the story follows the adventures of an urban female protagonist torn between the prospects of an arranged marriage and her dream of being a filmmaker. The film follows an intertextual narrative that speaks largely to a Bollywood-loving audience with brief appearances by household names such as actors Deepika Padukone, Kalki Koechlin, and directors Rajkumar Hirani, Zoya Akhtar, among others. The words of wisdom offered by celebrities from the glamorous film industry help the protagonist find her own voice in a reality where women are expected to sacrifice their career for marriage. Albeit being restricted by poor acting, Mala delivers an inspirational message of empowerment.

With a focus on South Asian stories, language, and art, the SAFF was a much needed breath of fresh air in a city that often fails to recognize its diverse minority culture.

The highlight of the opening night was Pan Nalin’s Angry Indian Goddesses, a complex story about the lives of contemporary women in India. The all-female cast play characters from different folds of life: a rich housewife, a social justice activist, a corporate boss, a rural maid, an international artist, and more. This film garnered high acclaims at the Toronto International Film Festival (TIFF), and many have called it the first Hindi cinema that depicts female love and bonding.

There is a preconceived notion that women-centred films will fair poorly with South Asian movie audiences. Angry Indian Goddesses waited almost eight years for funding because producers thought a movie without any male characters would not be successful.

“The way women bond and the way they fight; the way friendships thrive among women – we haven’t seen that in Hindi cinema before,” said Pan Nalin, in a video recording that preceded the screening of his film. In addition to achieving commercial success, Angry Indian Goddesses challenges the idea that women cannot create their own narratives. It stands out in an industry that predominantly situates women as existing only in relation to men.

Nalin elaborated that he left space in the movie-making process for the actors to improvise their characters in order to achieve a degree of authenticity that could not have been possible from a male writer’s perspective. By giving women the agency to determine how they are represented, Nalin is able to portray their lived experiences without resorting to stereotypes. As a result, the film manages to unfold the identity of the New South Asian Woman, which is enclosed by no particular binary. It celebrates the diversity and multiplicity that come with being a modern woman in the South Asian context.

In addition to achieving commercial success, Angry Indian Goddesses challenges the idea that women cannot create their own narratives. It stands out in an industry that predominantly situates women as existing only in relation to men.

Through vivid narration, the film illustrates the violently oppressive reality that surrounds women not only in India but across the subcontinent. The characters in the movie encounter gendered harassment in various forms – in a board room, on their way to the bazaar, or even within the context of a happy relationship. The different ways that South Asian women choose to deal with these situations have become a source of solidarity as well as critique in news headlines and dinner table debates.

The first day of SAFF concluded with a panel discussion on the conditions of a women’s empowerment movement in South Asia and the ethical aspects of vigilantism as a form of protest against the justice system. The second day explored the different kinds of artistic and political spaces, imagined and physical, in South Asia. The short film, Spaces Between, documented Nikhil Chopra’s body art performance, La Perle Noir II: Aspinwall. In the performance, Chopra confines himself in a room on the banks of a river for fifty hours. “I am looking to create a persona that is confined to a space,” Chopra explains in the promotional trailer.

Spaces Between was followed by Mara Ahmed’s documentary, A Thin Wall, on the 1947 Partition of India, which separated the British-occupied land into India and Pakistan. Shot on both sides of the border, the film is a personal take on the Partition, as Ahmed is a descendant of a family torn apart by this colonial legacy. A Thin Wall and Spaces Between both confront the material and immaterial relationships people have with their surroundings.

The different ways that South Asian women choose to deal with these situations have become a source of solidarity as well as critique in news headlines and dinner table debates.

The later segment of the second day was woven through stories about language – or its absence – and celebrated the family bound by the South Asian codex, at home and abroad. The multitude of beautiful short films, such as Sanjog Heda’s Signal, Shamas Siddiqui’s Mia Kaal Aana, and Sharmeen Obaid-Chinoy’s Songs of Lahore, explored the diverse mediums through which ideology was produced, communicated, and protested in South Asia. The festival closed on Sunday with local director Garry Bietel’s Cricket & Parc-Ex: Une Histoire d’Amour and Kaushik Ganguli’s feature film Cinemawala.

An array of thought-provoking films brought to the forefront the experiences of South Asian people all over the globe. However, this year’s festival also saw an underrepresentation of geographically smaller countries. There was only one film from Bangladesh, and none from Sri Lanka, Bhutan, and Nepal. The SAFF also focused mostly on Hindi, Urdu, and Bengali while leaving out widely spoken languages such as Telegu, Marathi, and Tamil.

Despite this shortcoming, the festival tried its best to cater to the homesickness of the diaspora while serving the purpose of engaging in productive discourse within Montreal. It was an opportunity for South Asians in Montreal to experience on-screen what they cannot expect in a downtown Cineplex. The SAFF’s celebration of the diverse characters, concepts, stories, and more importantly, the language, music, and art were things that diasporic South Asians have been craving for a long time.