The Ottawa protest was ineffective and, honestly, insensitive 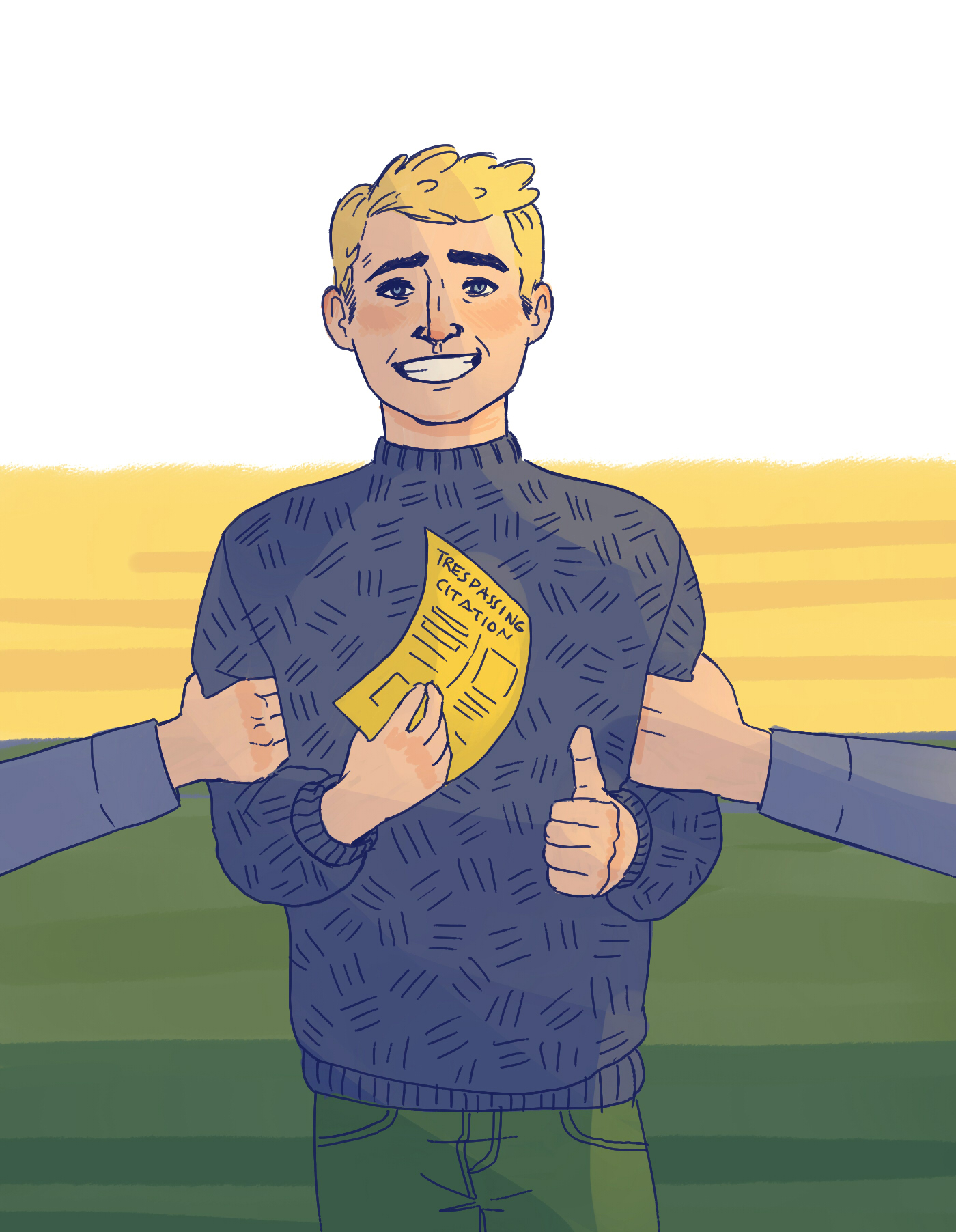 On Monday, October 24, two hundred youth walked through Ottawa to Parliament Hill. They protested the potential expansion of the Kinder Morgan pipeline, which would run from outside of Edmonton, Alberta to Burnaby, British Columbia, carrying both crude and refined oil. The government will decide on whether or not it will undergo the project by December. During the protest, about a hundred students crossed a police barricade, thus getting ‘arrested,’ as they will eagerly tell you over social media. In reality, a few of them were cuffed (most of them not) and escorted to a police tent set up to process the detainments. The first few people processed were fined $65 and banned from the Hill for a year; most of the remaining people weren’t fined at all, and were banned for three months. So, the first thing you’ll hear from the protesters in the aftermath — that Prime Minister Justin Trudeau was willing to arrest about a hundred kids instead of taking on the big oil industry is actually false.
First, we will clarify that the cause of the protest is valid. Pipelines should not be built. We should be transitioning to greener energy to protect Indigenous and non-Indigenous peoples, the environment, and the economy. Indigenous and marginalized communities who must live with the consequences of environmental injustice should have the peace of mind to know that their health and land will not be jeopardized more than it already has by nation-states and their corporate allies.

This is a worthy cause, but the ethics and the efficacy of how activists fight for it matters. We’ve always been interested in protests, but after reaching out to several protesters in the hopes of preserving our optimism for ‘60s-style civil disobedience, we were left disheartened looking at the current face of the ‘power of youth’ and the effectiveness of large-scale protesting. We initially assumed the supporters would provide us with persuasive reasoning and rationale in order to avoid confusion and frustration regarding their methods. But after talking with several supporters, reading dozens of newspaper articles, and studying the arguments over and over again, the rally has actually been a source of disillusionment for us. The acts of civil disobedience that students took part in on October 24 were ineffective, racially problematic, and seem to be symptoms of young idealism.

The dismay and hesitance towards pipeline building is a general concern among activists. The questions remains: how to create change? How to hold our governments accountable? How to influence political decisions? The protesters will have you believe that stepping over a fence is the way to do that. That’s essentially the problem: students think the government cares about them getting a trespassing citation. Let’s get real. The government doesn’t give a shit about the few extra pages of irritating paperwork. When opposing a huge, money-making, job-creating, government-supported industry, it’s not about the inconvenience or a theoretical threat. Power lies in two places: physical presence (such as the protest going on in Standing Rock, where the participants are physically stopping the development), and formal, government-level discourse, involving legal, economic, and political arguments to defeat the government using their own methods.

All of the protestors echoed similar principles of overestimated personal power. For example, Maya, a McGill student present at the protest, explained that the act of stepping over the police barricade sent an important message to Trudeau. Similarly, another anonymous student claimed that, “civil disobedience grabs people’s attention in a very strong way.” Another student, Laura, asserted that arrest was the point of the action because it would create a “more dramatic headline: ‘Trudeau’s government would rather arrest 99 young people than take a stand against the oil industry.’”

Frankly, there’s very little value in shock. Within the protesters’ reasoning lies ignorance about how the government actually works and our place within it. As university students with access to vast resources, we should be harnessing these privileges and using them to constructively advocate for change. This means that not only those with university education should have a say in policy formation. Indigenous activists and communities who sacrifice their lives spearheading these movements should be prioritized.

That being said its important to acknowledge that the Canadian government is biased and will favour opinions from white people as opposed to marginazlized voices. Non-Indigenous, especially white, people who genuinely want to support the movement can do so in nuanced ways. They can use their privilege and facilitate conversation and concrete action surrounding these topics: undermining Kinder Morgan’s evidence in their certificate of public convenience and necessity application and questioning the objectivity of their environmental protection plan. Constituents would bombard their MPs with their opinions, various economic strategies including divestment from oil and re-investment in green energy, or purposing legal redress, which advocates for so many additional limitations on the pipeline that it becomes unprofitable for it to be built. How we can incorporate diverse communities into the process of creating these action plans remains a tremendously important question, but not one we will pretend to know how to answer.

In addition to being ineffective, purposeful ‘arrest’ is also incredibly insensitive in light of the Black Lives Matter movement and ongoing police brutality against Indigenous people who find themselves impacted by this pipeline project. To make a mockery of the arrest and to use the Hands Up, Don’t Shoot gesture (as seen in 350 Canada’s Facebook photos of the protest from October 24) is to make light of the genuine fear Black and Indigenous communities feel regarding arrest and strained police relations.

Additionally, to claim to be arrested when in fact only a citation was issued is to ignore the genuine impact of a true arrest on a marginalized person’s life, and to deny the validity of that narrative. Formerly incarcerated individuals, primarily those from marginalized communities, face a tougher time re-assimilating into society as opposed to their white counter parts. These protesters exploit the threat of these consequences, which they know they will never experience in order to further their campaign without any care for the detrimental effects this might have on certain communities.

Many people posted photos of themselves holding trespassing citations, outright bragging about their disobedience. One white person’s comment even reads “#whendreamscometrue” while the photo shows them being escorted by a police officer. Needless to say, actually getting arrested by police when you are a person of colour in a violent situation probably resembles a nightmare. By employing terms like ‘risking’ arrest, when in fact that was their sole intention, and “putting our bodies on the line,” they utilize emotional rhetoric to promote a false image of what actually happened (stepping over a fence and calmly being escorted by police). To paint a picture of violence and rebellion is to make light of those people who actually live through the terrible experience of police terror.

Since engaging in this particular act of civil disobedience isn’t effective in influencing governmental decisions and it remains problematic in terms of its social implications, where does that situate it within the process of political change? Nowhere. Instead, we should be looking for different and more effective ways to engage in political discourse — such as using the resources we have to uncover concrete intellectual proof, as discussed above, while prioritizing those communities upon which this decision will have the greatest impact. We surely do not have all the answers, but we hope that this will start a discussion on how to be conscious citizens, holding our government accountable in our changing social climate.