Under the gaze of the world

At every stage in life, women find themselves scrutinized. 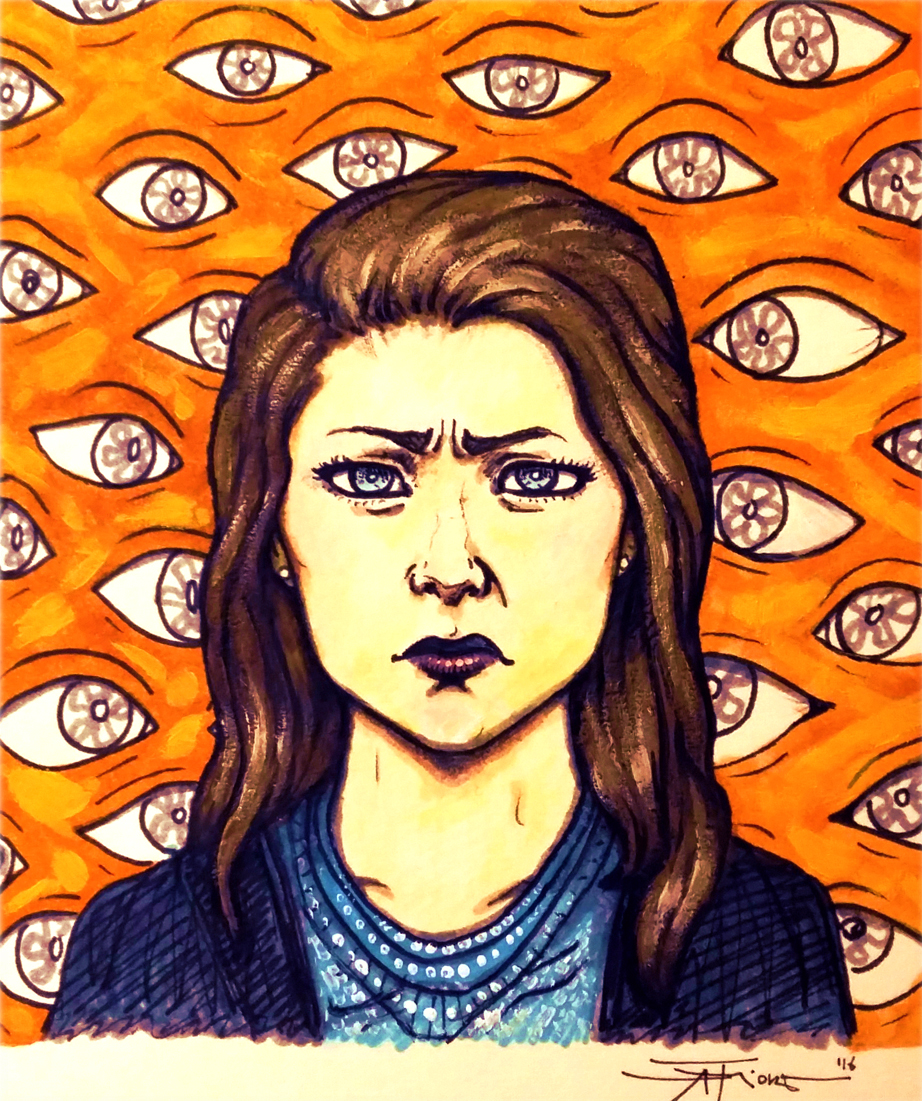 My first mistake was posting a few ads on the McGill app. My second mistake was uploading a profile picture of my face. I wanted to sell a couple of old phones, and buy an anthropological reader. A day later I got a message from a male student that said, “hi.” A month later came a repeat message that said, “hey.”

Now, while these are not offensive messages in and of themselves, having been an internet denizen for quite some time, I had an inkling of what they were about, and it wasn’t my secondhand Huawei cell phone. I responded, somewhat bemusedly: “so are you looking for something, or are you legitimately using the McGill app to cruise?”
“Cruise cruise. I’m a cruiser.” was the reply.

Owing to my use of the word “cruise,” the rather one-sided conversation mysteriously turned nautical: the persistent campus app romeo cut right to the chase and inquired after a place to, “park [his] ship.”

To which I responded: “I’m honestly here to find a textbook, so no docking of your ship here. I have enough ships to contend with.” Six messages followed about how his “ship was full of money,” and how he, the captain, “might buy the shipyard.”

The maritime metaphors — by this point extended beyond reason —began to fall apart. I informed my digital gentleman caller that, as a writer, I actually make a decent amount of money myself. This only seemed to encourage him. He commented on my blonde hair, my visible tattoos, and my supposedly impressive command of the English language, saying he was, “at [my] mercy.”

In an effort to rebuke his advances once more, I informed him of some of my recent styling choices: I had just shaved my head in the late Summer heat, and the golden blonde hair I had before was a mostly trick of chemistry, not genetics.

My lack of ‘femininity’ seemed to dismay him. “U look amazing with hair… come on[!],” “r u kidding me,” “let the fucking ship sink now. No balds on board.”

One minute later, his horror had evidently dissipated: “R u on Facebook.”

At some point, I managed to make it crystal clear that I was just on the app to buy a textbook. While I had the option to block my suitor, I wanted him to quit on his own accord: to understand my “no.” For me, this was a glaring reminder that no matter how non-sexual a situation is — and here I’m talking about merely using the classifieds on a campus app — there is a possibility that, because I am a woman, I can be watched, evaluated, and interacted with in a sexual way.

Before any readers accuse me of over-reacting or making something out of nothing: I was not hurt by this exchange:, a little irritated, sure. Humour is my first line of defense in this kind of scenario, so I screenshotted the conversation and joked about it with friends.

It’s one of thousands of little experiences, however, that characterize what it is like to be a woman in both digital and physical spaces. It got me thinking about public space and how the intersections of our identity define how we navigate our shared spaces.

Ever since I was a little girl, I have felt eyes on me. It started with the hawkish surveillance of adults monitoring my behaviour for hint of anything not befitting of a “young lady.”

Then, as a preteen, it turned overtly sexual: shouts from men in trucks started when I was about twelve. Hoots and hollers on the streets are part and parcel of my daily urban life. On social media, men twice my age manage to find my inbox and pen impromptu verses about the things they’d like to do to my body. Or, if they don’t like something I’ve said, they call me ugly.

It’s these small reminders that my right to personal space is not inviolable, especially within the fuzzy boundaries of the digital sphere; it’s contingent upon what men might desire at a given moment, regardless of context, or my lack of enthusiastic participation. I was decidedly not throwing out vibes that would indicate I wanted a maritime manhood metaphor in my campus app inbox, but that ship has sailed, so to speak.

In the context of academic life — which is why I am here seeking textbooks — this feeling of sexualized surveillance has consequences. Numerous studies have shown that feelings of being observed and objectified greatly impact female academic performance. A 2011 paper by psychologist Sarah C. Gervais, published in Psychology of Women Quarterly, showed that women who have recently experienced an “objectifying gaze” reliably performed poorer on a math task compared to female controls and men. Call it an “objectifying male observer effect.”

I know this to be true in my own life. I remember playing volleyball in middle school, and being given my new uniform of spandex shorts. The coach joked that no one would watch women’s sports if the uniforms weren’t tight. I spent my first few games acutely aware of the fact my body was being looked at and evaluated, and felt clumsy and self-conscious on the court.

The gaze of objectification doesn’t have to coexist with flattering intent. I think most women know that being branded as bangable and being discarded as dumpy are two sides of the same oppressive coin. Make no mistake, my point is not that it’s offensive to be complimented, or that the campus app couldn’t be the site of a ‘Meet Cute.’ It’s that it can go from being annoying to unnerving to know that there are dudes out there cruising the campus classifieds for women to whom they can compose their prematurely sexual textual ejaculations.

The ways in which this objectifying scrutiny is felt are of course contingent upon race, sexuality, class, ability and other intersections of experience, but most women can attest to a background radiation of sexualized surveillance that pervades across inappropriate contexts, be they educational or professional, digital or physical.

And buying or selling textbooks isn’t a context where I’m out to meet the man of my dreams – also, I’m happily married.

To our detriment, we women often turn this gaze on ourselves. Sandra Lee Bartky, in her brilliant critique of Michel Foucault’s lack of attention to the ways in which institutional power uniquely impacts the lives of women, asserts that through these interactions we become self-policing subjects. Constant glimpses into mirrors and windows to check makeup, hair, or clothing are self-surveillance rituals that are supposed to save us from humiliation, as our value in the world is so intimately attached to our physicality.

Having very little hair on my head to be spoiled, and no makeup to speak of that will cake or run, I’ve undone some of these self-surveillance habits in my own life. Learning to walk around bare-faced and basically bald can be emboldening. It also deters all but the most dogged of digital wooers.

But still, even as I’m sitting here and thinking of changing my picture on the McGill app to something a shade less flattering, I wonder: if the idea of being watched makes me want to change my appearance and presentation, am I not still self-policing? And as I run through the pros and cons of presenting my face in digital space, I know there aren’t nearly as many men in my situation who need to put this much thought into which photo they should use on an educational app.