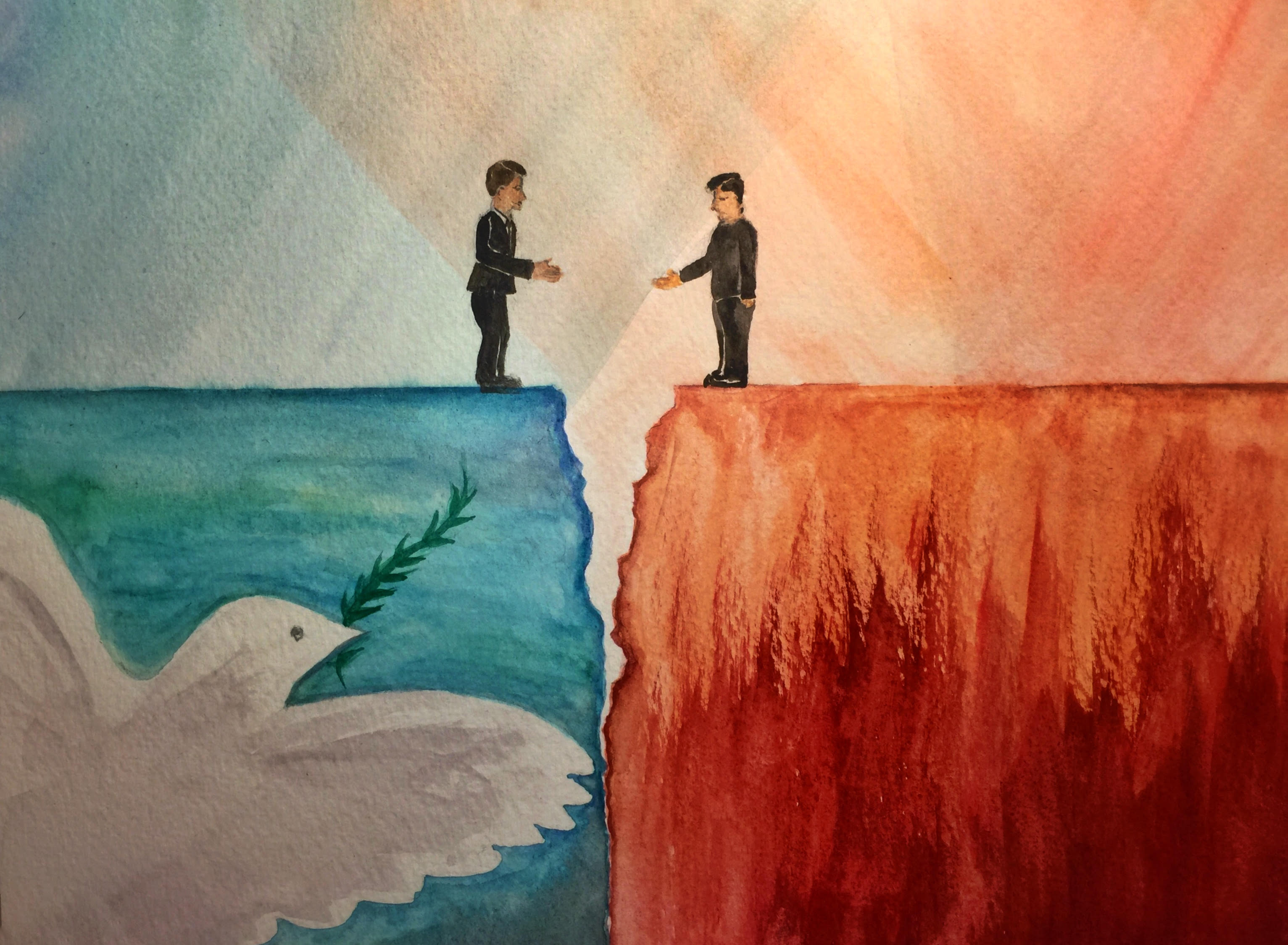 This September, Prime Minister Justin Trudeau visited China in an official capacity for the first time. The same month, Chinese Premier Li Keqiang paid his own official visit to Canada, the first time a Chinese Premier had done so in 13 years. September signified a historic ‘reset’ of China-Canada relations, and in the words of the Chinese Premier, “the season for the fiery maple in Canada, symbolizing the prosperity of China-Canada all-round cooperation.” China is Canada’s second largest trade partner, and the two countries may soon have a free trade agreement, an extradition treaty, and direct trade of the Canadian dollar and Chinese renminbi. In all the talk of trade and cooperation, however, the human cost of free cooperation seems to have been forgotten.

China, despite the Premier’s assurances of mutual Chinese and Canadian foundations of upholding “multilateralism and cultural diversity,” is actively destroying the prospect of Tibetan culture and self determination. Instances of this include the kidnapping and disappearance of Tibet’s Panchen Lama (the second highest ranking Lama after the Dalai Lama), Gedhun Choekyi Nyima; the restricted use of the Tibetan language in the Tibetan Autonomous Region (TAR) and beyond; the exploitation of Tibetan natural resources via mining, some of it taking places on mountains long considered sacred by local Tibetans; and the disregard for more than 140 self-immolations which have taken place since 2009. The destruction of sacred spaces and disregard of Indigenous peoples, however, do seem to be a mutual foundation for both China and Canada.

One of the results of the signing was a memorandum of understanding between China’s Ministry of Public Security and the RCMP cooperation in combating crime. In fact the RCMP was subject to a 2013 Human Rights Watch investigation and report titled “Those Who Take Us Away,” which found mass allegations of sexual assault and abuse of Indigenous women in British Columbia by RCMP officers. China’s Ministry of Public Security, on the other hand, is responsible for the arrests of various Tibetan monks for their support of the Dalai Lama, self-immolation, and other actions that even vaguely promoted Tibetan independence. Both organizations have actively destroyed the security of Indigenous peoples in their respective territories, and the two such groups likely do not have the intentions of promoting justice for the Indigenous communities of either Tibet or Canada. In matters of combatting crime, Canada should not cooperate with China: it must confront China with its active participation in destroying Tibetan culture and being silent to Tibet’s demands to self-determination. Canada, however, is choosing to do the opposite.

In a speech before an elite business crowd in Shanghai, Justin Trudeau did make some progress in the direction to human rights, vaguely encouraging China to “do more to promote and protect human rights.” In response, China’s state-run Xinhua news agency scolded Canada for allowing “groundless” human rights concerns hinder what could be a productive relationship with China, and encouraged Canada to instead “look inwards” to the “miserable conditions” of its own Indigenous peoples. The Chinese press need not be concerned, however.

Despite China’s abuses in Tibet, Canada nonetheless signed 56 commercial deals with various Chinese groups and organizations, collectively worth $1.2 billion. In favour of strengthening its commercial ties, Canada is entirely willing to renege on its human rights obligations. It is as unlikely to look towards the conditions of Indigenous Tibetans as it is to look inwards to the Indigenous peoples within its own borders.

One of the five pillars of Canada’s bilateral strategic cooperation with China is supposedly the promotion of governance and values, i.e. “inclusive and accountable governance,” “peaceful pluralism and respect for diversity,” and “human rights,” key issues in the ‘Tibet Question.’ Yet topics like Canadian canola exports have far outweighed the issue of Tibetan rights in the Canadian news cycle during this round of diplomatic talks. The human rights concerns Trudeau did tackle were those of recently released Canadian Kevin Garrat, imprisoned by the Chinese for espionage two years ago, and the issue of female representation in Chinese business and politics. Neither of these concerns, however, have an economic cost for the two governments. So long as it is not imprisoning a Canadian man or threatening Canadian profit, it seems, China is free by Canada’s estimation to imprison an entire people in a political system they did not choose.

Canada’s disregard for Indigenous peoples abroad and at home, not altogether different from China’s disregard for Tibetan peoples, is not surprising. Since his election, Justin Trudeau has largely ignored Indigenous concerns, particularly when they have negative impacts on corporate interests. He has reneged on many of the promises he made to Indigenous peoples in Canada, proving himself similar to his predecessor, Stephen Harper, in a number of ways. The current Liberal government has done little to reverse the environmental legislation of Harper’s conservatives, legislations that protected waterways in Canada, among others. Indigenous peoples in Canada still have no say with regards to the development of their land, which allowed the Saskatchewan pipeline spill to poison the water supplies of the James Smith Cree Nation and several others in July of this year. Husky, the U.S. company responsible, was able to withhold its findings with regard to the water quality of the area with the aid of the Canadian government, which refused to release the findings they had access to, in deference of Husky’s own protocols.

In Tibet, Canadian disregard for Indigenous land rights is equally clear: the company responsible for the mining of the sacred mountains in the Gyama valley region of the TAR is the Canadian-based China Gold International Resources Corp. Ltd., a subsidiary of China’s largest state-owned mining company. The company was responsible for a mudslide that killed more than eighty mine workers, the forced eviction of Tibetan residents of the region, and the denial of Tibetans’ access to sacred sites during its continued presence in the Gyama Valley. Canada’s only action has been to review and forward its response to the company, so that it may facilitate dialogue if China Gold agrees to participate. Tibetans, however, were not extended the same right to agreement before China Gold began its exploitation of Tibet’s resources.

Canada’s failure with regards to Tibet is even more disappointing, as Canada’s relationship with China is a unique one.

Unlike other Western nations, Canada did not play an imperial role in China or in Tibet. In the early twentieth century, China was subjected to the “Century of Humiliation”, as Hong Kong was lost to the British, the First and Second Opium Wars were lost to the British, French, and US, Manchuria and Shandong were lost to the Japanese, and the 13th Dalai Lama was forced to open Tibet to relations with Britain. Tibet became important as an emblem of national reunification during this period, with the Chinese believing that their historical right to Tibet had been infringed by Western powers. Those powers did not include Canada, which was absent from both Opium Wars. In the following century, the People’s Republic of China (PRC) was founded on the basis of regaining China’s sovereignty and national pride from the hands of the West. It so happens that the first Western leader to recognize Mao Zedong’s Chinese Communist Party as the rightful government of the PRC was Canada’s Pierre Trudeau.

Western nations do have a place of central importance in the ‘Tibet Question,’ having helped to instigate it at the outset. China’s humiliation has translated into the ‘Tibet Question’ today, turning it into the imperial power it sought to remove. Canada, as a trade partner and ‘friend’ of China, is in a position to rectify the mistakes of the Western powers by negotiating for the people of Tibet. Attempts toward this were made in 2006, when Canada made a show of support by presenting the 14th Dalai Lama honorary Canadian citizenship. As it stands, however, the concerns of Tibet seem to bear the same weight for Canada as those of its Indigenous Canadian ‘citizens’: none at all.