Change does not come quietly 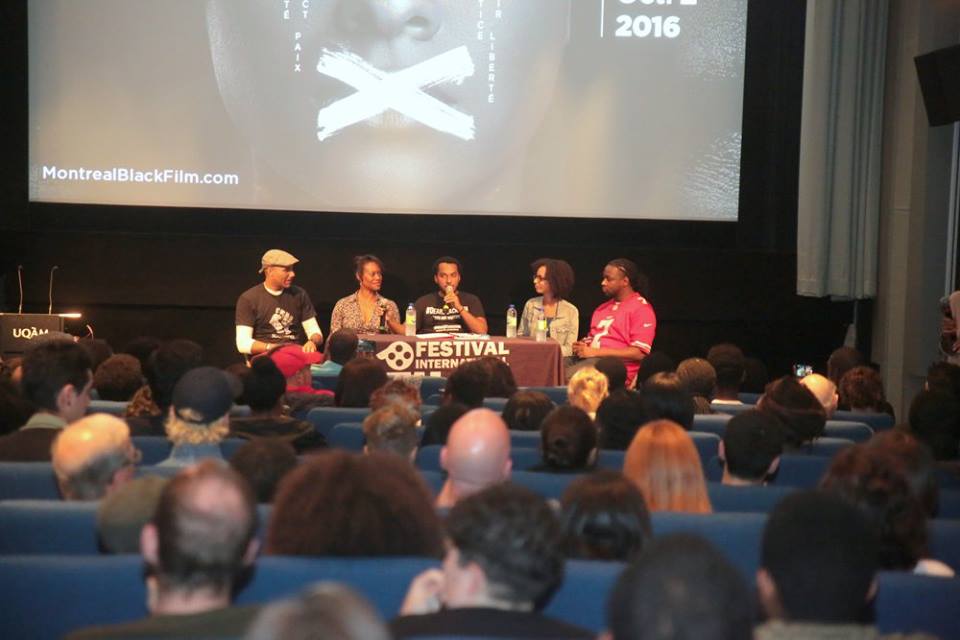 Is this a moment or a movement?

Historian Keeanga-Yamahtta Taylor poses this crucial question six minutes into Stay Woke: The Black Lives Matter Movement, a new documentary directed by Laurens Grant that screened at the Montreal International Black Film Festival (MIBFF) this month. Grant’s answer to the question is in the film’s title, but the film itself serves as her argument: Stay Woke weaves tweets, protests, and interviews together to chronicle the birth and evolution of one of the most important social movements of the 21st century.

For Grant, who has worked on several social history documentaries, including the Emmy nominated The Black Panthers: Vanguard of the Revolution, this is a familiar challenge in a new context: with Black Lives Matter (BLM), the historical subject is also contemporary. “[Black Lives Matter] isn’t a movement that has occurred and landed and now we can excavate it,” she told The Daily after the Stay Woke screening. “What’s exciting is that it’s still happening.” Indeed, the same week that Stay Woke screened at the MIBFF, protesters were on the streets in Charlotte, North Carolina.

Stay Woke weaves tweets, protests, and interviews together to chronicle the birth and evolution of one of the most important social movements of the 21st century.

Grant, however, is uniquely suited to the task of balancing contemporary urgency and historical context, having worked as a journalist in Latin America before becoming a filmmaker. “I love telling stories,” she explained. “I wanted to be a foreign correspondent – my idols were Langston Hughes and Ernest Hemingway, because they covered the Spanish Civil War.”

Foreign correspondents need to be able to distill ongoing events into coherent narratives, a skill that Grant clearly demonstrates in Stay Woke. The film focuses on key moments in the BLM movement – George Zimmerman’s non-conviction, the Eric Garner video, the military in Missouri – while also telling a larger story that firmly establishes BLM as a new kind of 21st century social movement. BLM, Stay Woke suggests, is grounded in social networks and leaderless defiance, and has as much in common with the Arab Spring and Occupy Wall Street as it does with the Civil Rights Movement. One particularly stunning scene makes this link explicit, when activist Michaela Angela Davis recounts how activists from the Arab Spring tweeted advice to BLM activists on how to treat tear gas. “They were coaching them from the Arab Spring to Ferguson, making that connection organically,” she said, “And I thought oh snap, this is different. They’re in solidarity, uprising.”

The comparison soon becomes concerning, however. After charting BLM’s growth from a hashtag into nationwide protests, Stay Woke heads into existential territory, asking how the movement can remain strong amidst harsh racist backlash. Watching footage of mainstream media pundits decrying the “violence” of BLM and co-opting the movement’s narrative to paint it as an aimless group of hateful millennials, it’s hard not to hear an echo of Occupy’s failure.

For Grant, though, this backlash is just part of BLM’s evolution, not a sign of defeat. “I don’t want to pretend like I’m speaking for them, but it’s like, it was bound to happen,” she said. “Any movement in history, if they’re gonna grow or gain traction, then they’re gonna have some sort of blowback. That’s the nature of movements, of changemakers – change does not come quietly.”

“[Black Lives Matter] isn’t a movement that has occurred and landed and now we can excavate it […] What’s exciting is that it’s still happening.”

Grant envisions the shift from “moment” to “movement,” then, as a kind of coming of age. “I think that was a part of [the] learning curve,” she explained. “How to grow up, in a way. Each movement has its infancy, and if it lasts, then [the question is] how do you sustain yourself?”

This is the question that Occupy never answered. But Stay Woke suggests that where Occupy faded away, Black Lives Matter has branched out – into a global network with over thirty chapters worldwide. Instead of following a more traditional path that might have led to a national organization with a headquarters in one major city, BLM multiplied into a series of locally-based grassroots groups.

“[There’s] this whole criticism of leaderless movements,” said Grant. “But this power of local allows the local community to take ownership and tailor things to their needs – be it a different country, a different language, or a different jurisdiction. How [Black Lives Matter] figured that out is astonishing – they were able to tap local leaders to curate the conversation and bring changes forward locally. Now we’re seeing people running for office and local jurisdiction being called [on] to [make] changes, the department of justice trying to make indictments in different districts and saying this isn’t law and order, this is disorder. That is a testament to the power of local. The power is right where you stand.”

For Grant, this power of local extends beyond activism to film as well – this is part of the strength of festivals like the MIBFF, which encourage discussions about art and politics outside of elite Hollywood circles. “I know a lot of people say, well, why do you need this kind of festival, a festival just spotlighting women directors or minority directors or the diaspora,” she said. “[It’s] because these issues matter, these communities matter.”

“[Black Lives Matter] is a testament to the power of local. The power is right where you stand.”

Indeed, the importance of this local contextualization of political issues was evident during the panel that followed the Stay Woke screening, as artists and activists brought a Montreal perspective to the BLM movement. Activist Will Prosper discussed police brutality in the city, pointing to the death of Fredy Villanueva, while comedian Eddy King shared his own experience of police harassment last summer. This festival screening-and-panel format is thus essential for a film like Stay Woke as it allows the film to go beyond a static depiction of a social movement by actually engaging with the members of that movement. Stay Woke is not a film to be watched independently but rather a collective, community-building experience.

Grant agrees. “Film festivals allow that additional richness, where the community can come out together to actually talk about stuff and tailor the conversation to how things affect them,” she said, reflecting on the Stay Woke panel. “The conversation today was absolutely heart-wrenching and lovely at the same time, [seeing] how [anti-blackness] is felt and seen and experienced every day here. And that’s what Black Lives Matter is trying to tell you: each community has this, but in a different way.”
Given the ubiquity of systemic racism and police brutality, is she optimistic about change?

“Being from the U.S., we are always criticized for having humongous egos, so yes, I am very optimistic,” Grant responded. “I think things will get better, because look at history, look at my career, look at who I am. Things have improved, incredibly so. Just the fact that I made a documentary on what some [might] say is an important or contentious matter, I think that’s a huge change. But is the work finished? No. And how do you keep going? Well, we’re learning from these activists.”

Stay Woke reflects this optimistic tone. Though it depicts violence, oppression, and heartbreak, above all it is the story of a radical coming together, a simultaneous convergence and dispersion of resistance. Stay Woke is the story of an uprising that does not fall back down, an uprising that is not just vertical but horizontal, spreading its roots across the continent and laying the foundations for change.