Students’ Society of McGill University calls on Quebec to do more 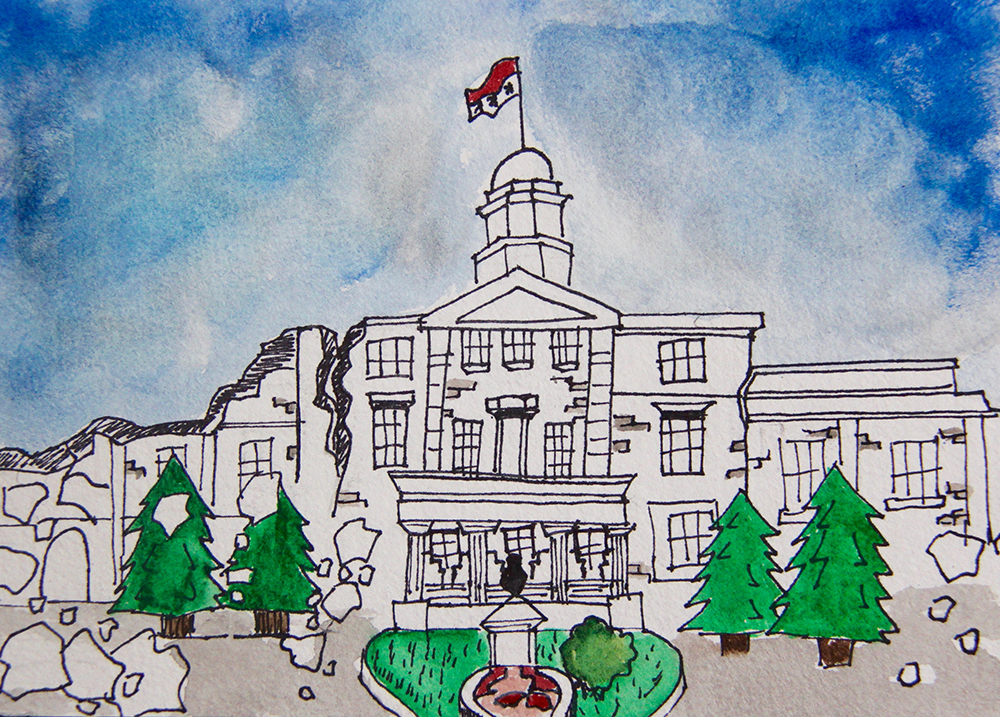 Recently, a provincial government report was released which revealed that many Quebec university buildings are in poor condition, especially those at McGill, Concordia, and l’Université de Montréal.

73 per cent of the buildings at McGill are in “poor, or worse condition”

“On a per square metre basis, 27 per cent of McGill’s 850,000 square metres received an E grade,” said Associate Vice-Principal (University Services) Robert Couvrette in an email to The Daily. Buildings in Quebec are inspected and assessed using letter grades, ranging from A to E, with E being the worst grade a building can receive. Several buildings at McGill received an E grade, most notably the Strathcona Anatomy and Dentistry Building.

McGill and the province of Quebec are collaborating to restore the relevant facilities across McGill’s two campuses, but there seems to be a discrepancy between the two parties’ assessments of the resources needed to fix the problem.

The report conducted by the province concluded that the repairs needed at McGill would cost roughly $600 million, but this number was drastically different than McGill’s estimate, which is closer to $1 billion.

According to Couvrette, this difference is a result of the province’s lack of consideration regarding the infrastructure costs.

The report conducted by the province concluded that the repairs needed at McGill would cost roughly $600 million, but this number was drastically different than McGill’s estimate, which is closer to $1 billion.

“Infrastructure costs, such as underground water, sewer and heating pipes, that we have to maintain and repair from time to time […] would account for about $200 million of that gap,” explained Couvrette. “Our entire deferred maintenance deficit is approximately $900 million, plus deficiencies that were not identified by a visual inspection.”

Ultimately, he argued that McGill cannot provide a completely accurate estimate of the intended construction projects’ costs until the administration finishes the remainder of the studies required by the government.

However, Quebec has publicly stated that universities are unable to fund the restoration of the majority of their structures. As a result, the province has pledged to contribute $1 billion to Quebec universities maintenance efforts over the next six years.

In terms of future restoration projects, several longstanding plans have been put in place by the University.

“So the total spent on building repair is about $75 million.”

The James Administration Building, according to Couvrette, received an intermediary grade between D and E. With regard to maintenance, the priorities are improving the facade. Construction is set to begin on the building in the next two years and will cost an estimated $4 million. Additionally, Couvrette says, the reconstruction of the Macdonald Stewart Library is set to take place in the next two years.

“Preliminary work will begin in 2017, with the actual construction slated to start in the spring of 2018,” he elaborated. “The project is expected to last between 12 and 18 months. The budget for the masonry work, funded by a special grant from the Quebec government, will be in the $25 million range.”

Plans for the other high priority buildings are still being drafted by the University, he says, with assistance from the government. This includes the Strathcona Anatomy and Dentistry Building, where the government and the University are working together to find a source of funding.

The James Administration Building, according to Couvrette, received an intermediary grade between D and E.

McGill students have long raised concerns about the campus’s maintenance problems, with many questioning whether the buildings follow the safety codes mandated by the province of Quebec: buildings like the Macdonald Stewart Library are noticeably damaged to students and visitors alike, and worse than being aesthetically displeasing, the reconstruction of these buildings has created accessibility problems for many students.

In an email to The Daily, SSMU VP University Affairs Erin Sobat clarified that SSMU has been attempting to help students who have brought complaints forward about the building conditions, deferred maintenance, general maintenance, and classroom spaces.

In a collective statement to The Daily, SSMU explained their concerns with McGill’s building maintenance.

“Deferred maintenance is a serious issue because it limits McGill’s ability to invest in modernized facilities and accessibility initiatives, such as incorporating universal design standards into all renovation projects,” said the statement. “We need to see a stronger funding commitment from the government to address these problems at all Quebec universities.”

In an interview with The Daily, a student who preferred to remain anonymous remarked that building failures are less noticeable because of city construction on campus.

“The exteriors of the buildings appear not up to code, but the insides appear fine,” they said. “It is sometimes hard to notice the buildings with the entire campus being torn up by construction.”