Those who don’t speak up are accomplices to rape. 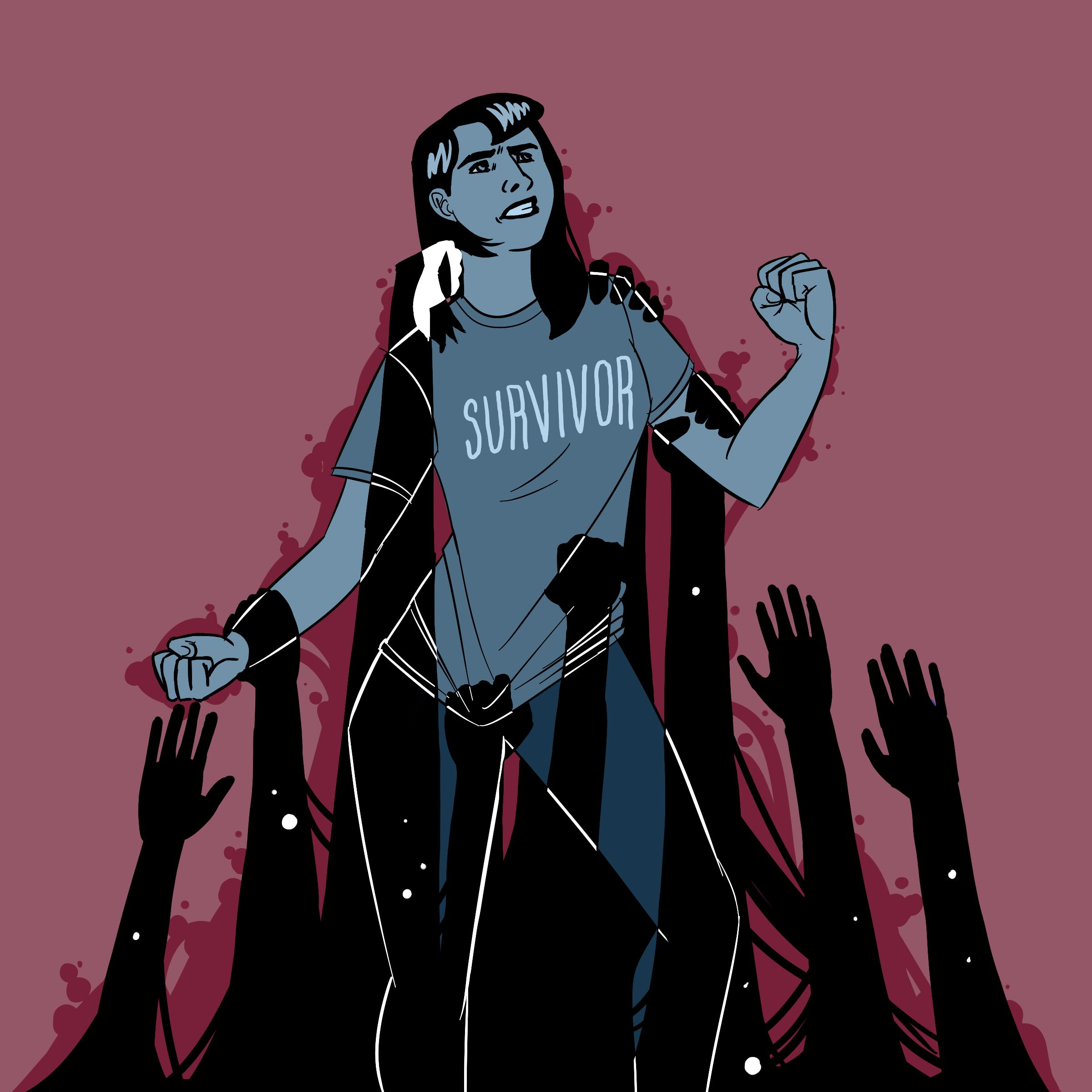 Unlike many others, I got straight A’s my first year at McGill, and started fucking up my grades only after. So when people tell me that grad schools don’t often look at my first year–due to it often being a tumultuous time–I have to wonder, will  they also consider the grades that trauma, substance abuse, and institutional betrayal took away from me?

Two years after being sexually assaulted, and one year after reporting it, I, the victim, have had to pack up and travel across the world for a semester abroad – with the sole purpose of keeping myself sane and staying away from McGill’s toxicity.

I’m going to provide some gruesome details of rape to get the attention of the people who need to listen. I have tried more ‘respectable’ ways of demanding accountability from McGill, ways that honour my own dignity, and  they failed. At this point, I know nobody will listen unless I put my body on the line and make a scene.

In September 2014, I lay on a stranger’s bed, too drunk to understand what was happening to my body, and watched my limbs being maneuvered into different penetrative positions for what felt like many excruciating hours.  Since then, on any given day, I think of the blood-stained toilet papers, of being too sore to sit down, of the hangover the day after, the emergency room, the antibiotics, the kidney infection, the speculum.

Too many evenings, I have woken up dizzy and hungover from downing too many Advils and too much rum in the afternoon. I still have an extra pregnancy test from the package I bought at the time, thinking that I would need it in the case of being raped again; I’ve kept it, even though it’s expired. I remember too many things.I wish I would wake up one day in a psychiatric unit and be held down under electroshock therapy so I won’t have to remember anymore.

After I found myself in the same class as my assailant, I disclosed the assault to nine different people in charge at McGill: first sometime in July, then on September 4, September 11, December 31, January 15, January 16, and April 14. One after another, they lied to me, blamed me, shamed me, discouraged me from reporting my rape all together, or made empty promises to me. I still don’t know what the outcome of my case was. I still don’t know if there ever was any form of investigation.

I’ve written about my experience extensively elsewhere, but here’s the gist: I begged for help, over and over, but nobody listened. Many staff, administrators, and faculty – aware of the situation – stood by silently and watched me suffer. As a result, I did what people do when everything else fails: I went public and wrote about my experience, only to watch the most traumatic moments of my life get dissected by the lowest of the low on the internet.

Here’s another catch: McGill’s Charter of Student Rights, section five states that “The University has an obligation to maintain safe and suitable conditions of learning and study.”

That right did not apply to me.

A lot happens when you become your university’s poster child for rape. I’ve been getting more media requests than I care to reply to, met activists from universities across the country, and have been sitting on panels nationwide to voice what is actually happening on our campus with regards to sexual violence.

But while I do appreciate the recognition I get for my work, I can’t help but wish that the spotlight could have been on something I had set out to accomplish at the onset. What am I getting credit for right now: getting raped? Getting ignored? Being lied to? Being reduced to a moral story, a PR disaster, a statistic? For years, I had intentionally avoided anti-sexual violence advocacy because I knew every minute of it would be like picking at a scab, and that it has been. “Rape victim” was never something I wanted to be known for.

These days, I’m too afraid to consume alcohol, meet new people, or go to parties. Every potential daily activity boils down to one question: will I get raped while doing it? Potentially. Am I victim-blaming myself? Potentially – but I don’t care.

Getting raped at a university that doesn’t give a damn about you is expensive. If it hadn’t been for my parents’ financial support, I would have dropped out two years ago. I don’t have the money to waste on lost tuition again, and I can’t, for the sake of my future, have more failed or withdrawn courses on my transcript. But most importantly I know that, to quite literally save my life, I can’t go through what I went through again.

While people have been supportive, I couldn’t care less if more people told me that they believe me. The administration, my professor, my advisor: they all told me that they believed me and that they were all sorry for what happened to me. Rarely has anyone actually doubted my story. Did these affirmations actually make a material difference when I reached out for support from the McGill administration? Absolutely not.

I don’t care about active listening, tea videos, poster campaigns, “I love consent” buttons and consent weeks when I’m asking for concrete, material support. Instead of effectively jerking off to feel-good “prevention”campaigns with very little impact, I want to see energy being redirected to standing up and holding abusers and institutions accountable. I want sit-ins. I want alumni to withhold donations. I want people to contact administrators, politicians – I want them to demand change.

I want this institution to consult those who’ve been through the reporting process in regards to the sexual assault policy at McGill. We know best what we need. I want McGill to have crystal clear reporting procedures and redress regulations. I want McGill to make sure there won’t be another student on this campus whose access to education will be taken away because of rape, and that no student falls prey to sexually abusive professors.

But aside from what I would like to see, do I have hopes that McGill will actually do the right thing? Not really. All I can do is to look forward to April 2018, when I will leave this city immediately after my last exam, try to forget what happened to me between the ages of 17 to 22, and pretend my entire undergraduate career was a bad dream.

To survivors and victims: I’m sorry that McGill fails you so miserably. I have no words, there are no justifications. But please know that I’ve been fighting for you, for us, and they can’t stop me.

To first years: if you get raped and do report and get taken seriously, you’ve hit the jackpot. So let me know if you do get that lucky.

To those close to survivors and victims: if you have not, in any way tangible way, shown your support – be it by signing letters, speaking up, providing emotional labour, coming to panels, contributing to survivors’ legal funds – take your allyship and set it on fire.

To rapists and abusers – professors, staff and student alike: welcome back. Roam wild and free, your playground is open and the meat is fresh.

Finally, to those administrators that made me suffer and to those that watched me suffer through the 2015-2016 academic year, to the over 100 McGill Senators who ignored the email I sent them to explain my experience, to those who betray basic standards of morality for money and power and hide underneath “Consent is Mandatory” posters in their offices, to those that are happy to diss Jian Ghomeshi and Bill Cosby but stay silent when violence takes place within our own community: your lack of concern about this toxic campus, your reluctance to speak up and  support actual victims is sheer violence and is exactly what makes this campus a perfect breeding ground for predators. You may not be a rapist, but you are an accomplice to many, many rapists. Quite frankly, I don’t know which one is worse.