Too submissive, no sass 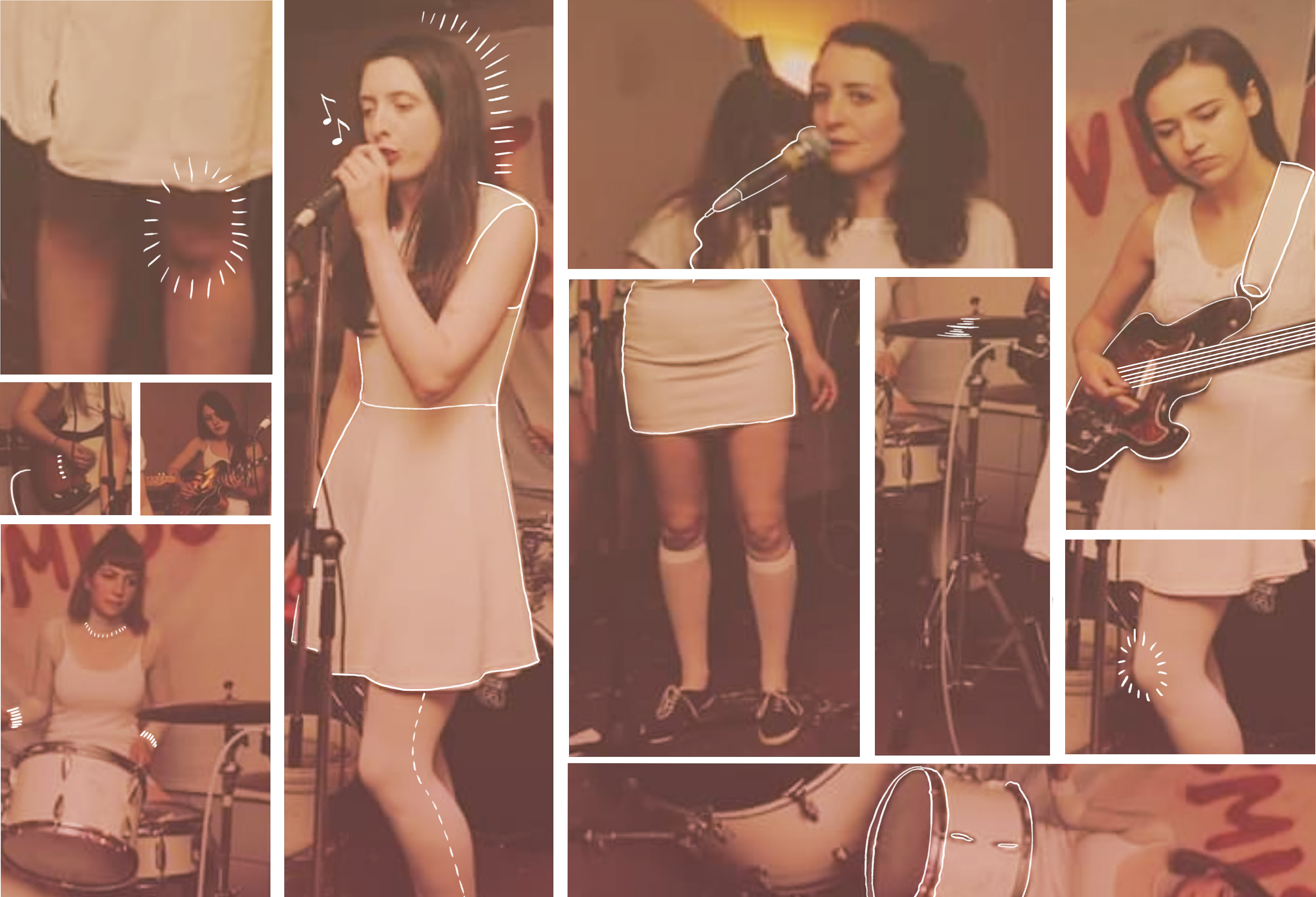 On September 9, Montreal-based band The Submissives launched their latest album, “Do You Really Love Me?” via Fixture Records. It’s replete with campy and colourful illustrations and curious descriptions — their music is described as being “warped lovesick pop tunes” and the band itself a “subversive girl group” according to their Bandcamp page.

Formed in early 2016 by prolific Montreal bedroom producer Deb Edison, the all-women sextet, comprised of mostly non-musicians, has successfully strummed their way through the local scene over the course of the past year.

These static depictions of heartache […] become rather repetitive.

Playing at a variety of local dive bars and house parties — most recently at Club Balattou — the band has conjured up a bit of a cult following, always delivering an entertaining show. Their “ritualistic” sets, as described on their Bandcamp page, include “monochrome outfits, hand-painted backdrops, ornate flower arrangements, and candid monologue recitations.”

In “Do You Really Love Me?,” every track, each less than three minutes long, stayed true to a lovesick and listless, slightly offbeat sound. A nice collection of songs for a late summer romp on the beach, perhaps. It is immediately clear that the band is going for an ironic concept, with lyrics that could have come straight out of a lovesick teenager’s mouth, but taken to extremes (“It’s true that I’d be better off with you than without you […] I’m nothing without him and I need him to speak for me.”)

[The] band has conjured up a bit of a cult following, always delivering an entertaining show.

These static depictions of heartache, though charming, become rather repetitive. Nearly every song paints a picture of a lonely girl longing for the love and support of a man. In trying to be subversive, the band has, it seems, fallen more deeply into the traps of convention.

The album is also lacking in terms of musicality. The monotone vocals could’ve put any listener to sleep, and the underwhelming musical riffs lack complexity. A live performance might have made this album more enjoyable — the band’s concerts come well recommended.

However, music should be capable of standing on its own. The Submissives’s balladic feminist tunes are too vague to act as actual critiques of compulsory heterosexuality. The band will do well against the test of time in the chaos that is the Montreal music scene, but only if they manage to mix it up with their next album, throw away the sweet and simplistic facade, and give some real slap-in-the-face sass.

Check out “Do You Really Love Me?” on limited-edition cassette or via Bandcamp.