The storm was needed 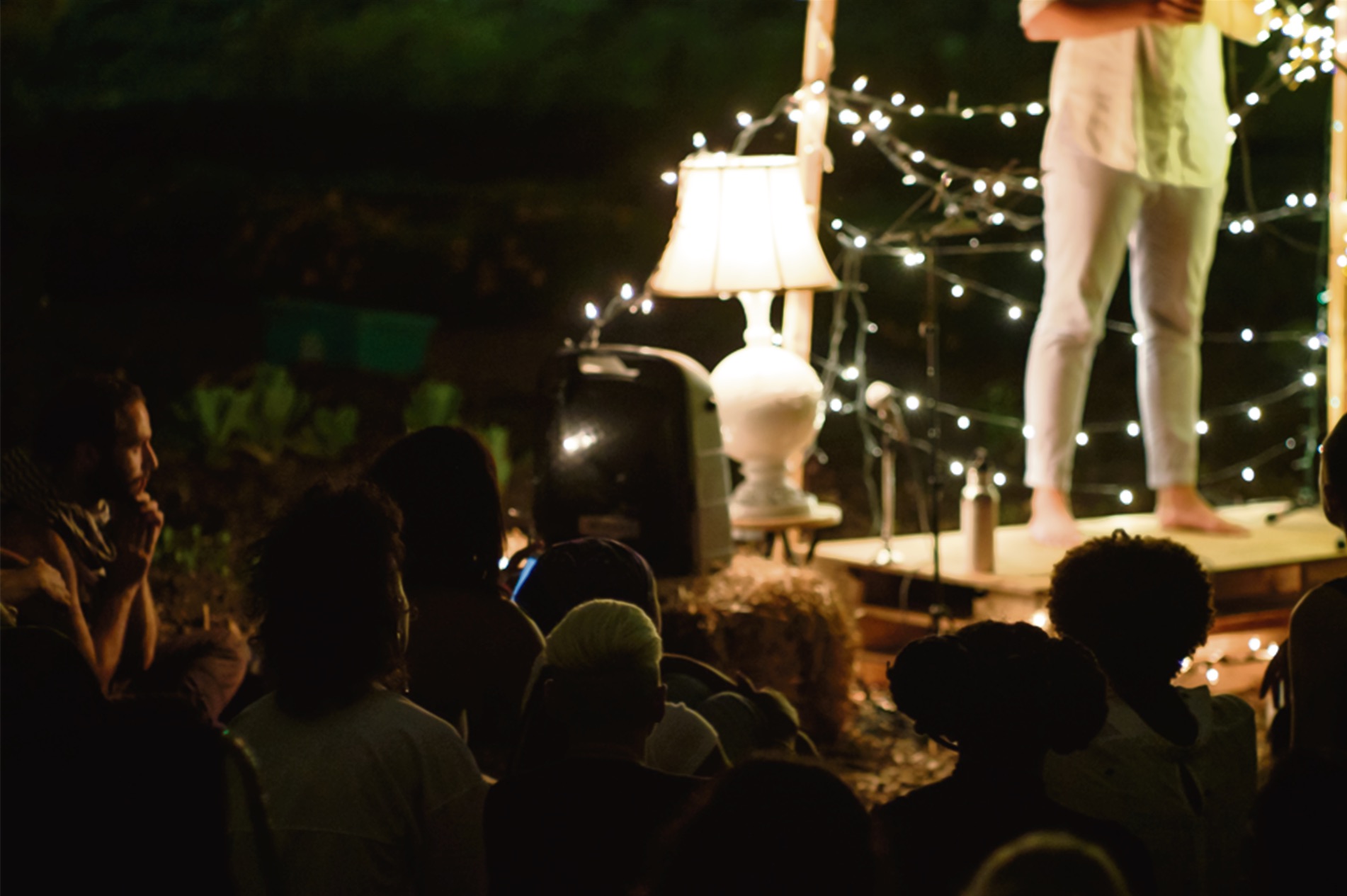 The voices of Black, Indigenous, and racialized women and femmes (BIWOC/BIFOC) are seldom heard, let alone given a public platform. This lack of designated space is part of the systematic erasure that continues to deny marginalized women and femmes representation and livelihood. On September 7, SistersInMotion, a “[…] bi-monthly […] writing showcase & poetry jam” for BIWOC/BIFOC, provided this much-needed stage and space. The event follows “Unravelling in Rhymes,” a series of free day-long writing workshops, where women and femmes of colour gather in solidarity to produce stories of their own.

“I didn’t want to compete anymore […] in a rigged game,” said event organizer Malek Yalaoui in an interview with The Daily. The world of competitive spoken word, in which Yalaoui was a long-time participant, has always been largely dominated by mediocre white men. Feeling alienated by the prevalent racism and misogyny, Yalaoui was inspired to “create […] spaces [of storytelling] for other racialized, Black, Indigenous WOC.”

The night began with the sharing of tobacco and a land acknowledgment by Moe Clark, a multidisciplinary Metis artist. By and large, acknowledging the unceded land on which these events take place and recalling the traditional holders and keepers of the land and waters – the Kanien’kehá:ka people – is often limited to a short statement made at the outset. This event, in contrast, strived to take more concrete steps towards decolonization by having Clark help situate the audience “in relation to the land and its keepers,” and remind us of the ongoing settler-colonial violence perpetrated on stolen Indigenous land.

[There] are many parallels that can be drawn when it comes to the treatment of the land and that of BIWOC/BIFOC by settler-colonialist societies.

The showcase took place at the Jardins Cra-Terre, an urban farm tended to by Coop Bioma. Co-organizer Dona Nham found inspiration from “this piece of land […] and [wanted] to do something here.” The agricultural land, bordered by bridges and train tracks, created a stark contrast between the illuminated stage and the intertwining industrial landscape, providing a surreal backdrop to the performances. The three organizers Yalaoui, Nham, and Harleen Bhogal, brought to the forefront the complex relationship between the land and racialized, Black, and especially Indigenous women and femmes; there are many parallels that can be drawn when it comes to the treatment of the land and that of BIWOC/BIFOC by settler-colonialist societies.

The stage, made of stacked crates, twinkling lights and accent lampshades found in the middle of an urban farm on Hutchinson, was a testament to the grassroots efforts that made this event possible. One after the other, Black, Indigenous, racialized women and femmes of colour took to the stage to tell their stories of struggle, resilience, healing and survival through poetry; the crowd, mostly composed of racialized women and femmes, absorbed every verse, shedding tears, nodding in understanding and erupting in applause at the end of every poem. As the spirited emcee, Yalaoui established a milieu where both performers and audience felt held, heard, and recognized.

In a society where Black, Indigenous, and racialized women and femmes are continuously marginalized, othered, and rendered invisible, safe and accessible spaces like these ought to exist.

Many present at the event expressed the need and the desire for more spaces like this. “This is the only space I can recall that centres Black, Indigenous, and women and femmes of colour that is organized by them as well,” says Nham. Giving space for women and femmes of colour to write and realize that their experiences are worth sharing “allows us to make linkages with each other and see the value and legitimacy to [our work],” says Yalaoui. “Not only in our experiences but in giving them the time, care, and weight that they deserve. […] And what blossoms after that is incredible”. As an audience member, being surrounded by other women and femmes with common struggles is a welcomed escape from predominantly white and masculine spaces. This sense of belonging and empowerment can serve as a powerful catalyst for community-building and mobilization by BIFOC/BIWOC.

In a society where Black, Indigenous, and racialized women and femmes are continuously marginalized, othered, and rendered invisible, safe and accessible spaces like these ought to exist. Kata Kunhert, an attendee, said “when the space fits the needs of the audience and performers […], the spirit of the event has room to breathe in the life and love created there.”

[Being] surrounded by other women and femmes with common struggles is a welcomed escape from predominantly white and masculine spaces.

For instance, the accessibility infographic shared on social media and elsewhere prior to the event was indicative of the effort made by the organizers to provide an accessible space. In a world built without regards for universal access, creating accessible spaces is a continuous process of unlearning, recognizing limitations, and collective effort. Kunhert agreed, “one thing that I thought was amazing was how aware the organizers were about accessibility needs.” In fact, Yalaoui, Nham, and Bhogal were open about accepting more suggestions and admitting limitations, such as not being able to provide some accommodations, including captions for the hard of hearing. “That’s why events like this are so important,” Kunhert continues, “because they bring [the] realities [of an ableist society] out of the shadows.”

Accessibility efforts included providing “accessible taxis,” having active listeners on site, including content notes and trigger warnings, and taking into account chronic illness and fatigue. Whisper translation and childcare were also offered. The event was pay-what-you-can with food by donation provided by beat:root, a catering service started and staffed by racialized women and femmes striving to decolonize food preparation by creating “nourishing foods infused with love, using natural whole-food ingredients and traditional methods of preparation.” The site itself was wheelchair accessible – while the terrain was uneven, the organizers did remove rocks and added additional wood chips to the grounds. “Our goal is to set the standard for accessibility, so we’re aiming as high as possible,” says Yalaoui.

Throughout the evening, the grey skies loomed large over the crowd but only gave way to a bit of rain towards the end of the event, as the last poet performed. As the organizers took to the stage for final thank you’s and last words, Bhogal mentioned that they had been weary of the rain because it was not the kind of storm that was needed, because the storm needed was here, among us; a storm created by the stories of struggle, resilience and survival, a storm that washes everything clean.

An earlier version of this article failed to identify Harleen Bhogal as the source for a quotation in the last paragraph. The Daily regrets the error.