The hypocrisy of social media in addressing tragedy around the world 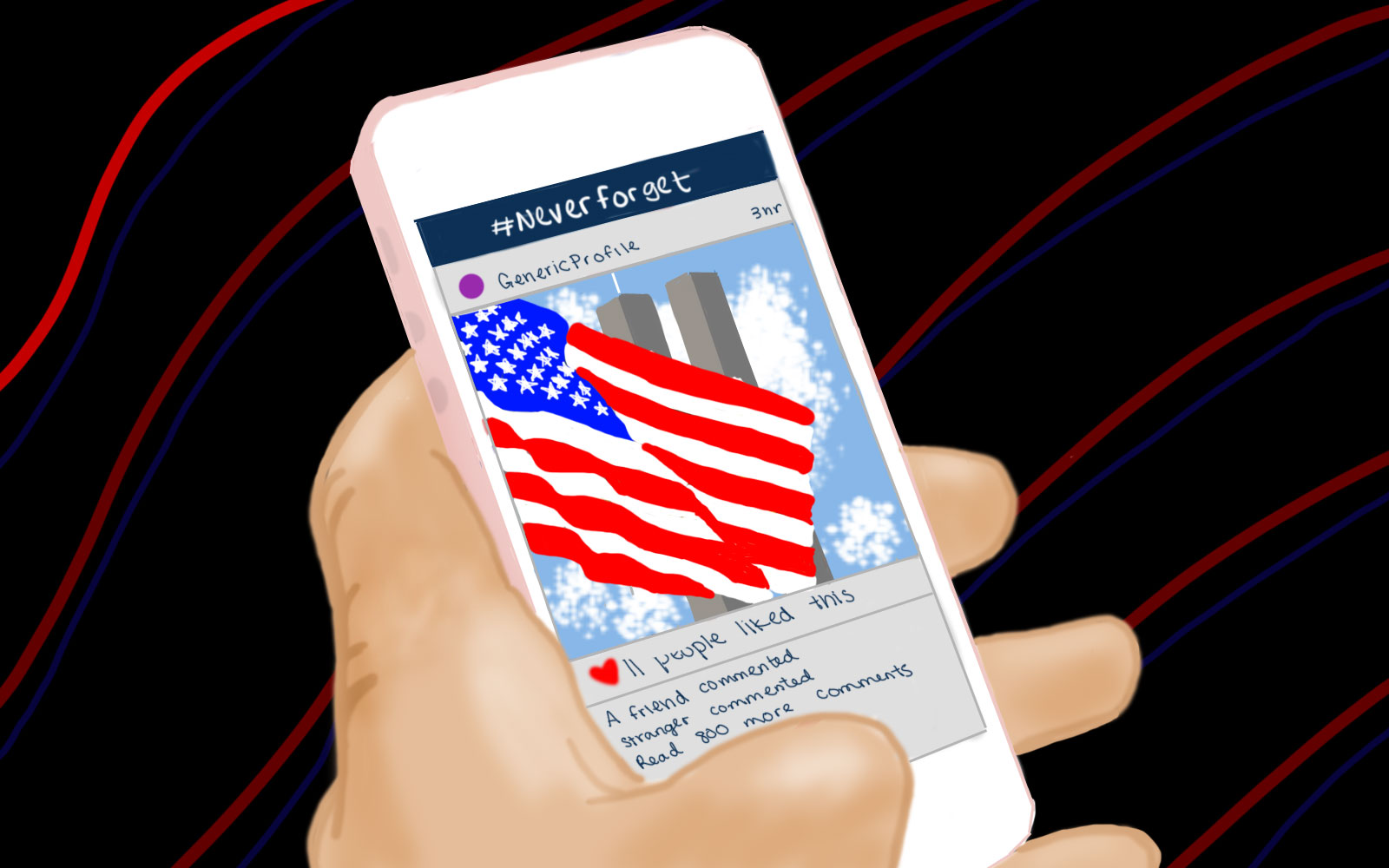 Every year on September 11, we are prompted to “never forget.” As numerous news specials, online articles, and social media posts make it impossible not to recall the events of that day, the sentiment of “never forget” is still just as strong as it was more than a decade ago.

To call September 11 a day that changed the U.S. would be no understatement. Having grown up only thirty minutes away from Washington D.C., I remember how, even as a child, I noticed the sudden increase in airport security, and the new sensational headlines, all centered around the fear of a people I had never thought of as the ‘other’. It has been fifteen years since 3000 people were killed in the attacks on the twin towers and the Pentagon, sparking an ongoing fear of terrorism that has lasted more than a decade. However, it has been less than two years since Boko Haram carried out a massacre that ended the lives of more than 150 innocent Nigerian citizens in Baga. It has been merely three months since a coordinated bomb attack in Baghdad killed approximately 300 Iraqi civilians. Why is only the first one ever acknowledged?

On the anniversary of 9/11, some Facebook-users chose to use profile overlays or trending hashtags to pay their respects, resembling previous profile overlays made to support the victims of the Paris attack in 2015 and those of the Pulse nightclub shooting earlier this year. The horrors of the aforementioned tragedies should not be ignored. However, there is something to be said about which tragedies are chosen to be spotlighted and which are not. As a result of 9/11, and recent events that have unfolded in other parts of the world, Western media has created a climate of fear by perpetuating a one-dimensional narrative where white civilians are victims and people of colour are perpetrators.

By doing so, the general public is only aware of Western tragedies and are made ignorant of horrors of a similar magnitude occuring frequently to people of colour around the world. As an American, I have found that the only way to find full coverage of events outside the U.S. is to search for them myself on the internet. It shouldn’t be so hard to receive a truly global view of the world’s news. When the local news channels broadcast only what affects white Western viewers, it is frustrating to see the lives of people of colour around the world (and within the United States) continuously ignored and put on the backburner. Obvious racism and acts of terror toward people of colour, including the LGBTQA+ community of colour, are always marginalized in favour of allowing the dominant white population to remain comfortable.

Corporate social media, dominated by large-scale mainstream media organisations and companies like Facebook and Twitter, caters almost entirely toward a Western audience. The ongoing violence that occurs on a regular basis throughout the Middle East at the hands of Western militaries and local Western-sponsored regimes remains unbroadcasted, unrepresented, and unacknowledged by Facebook, Snapchat, and other social media platforms, ultimately misinforming the West. It is not, of course, the fault of social media that thousands of lives are lost every month with little to no recognition; nor is it responsible for what, according to Al Jazeera, is the loss of “at least 1.3 million people [who] have been killed in Iraq, Afghanistan and Pakistan from direct and indirect consequences of the U.S. ‘war on terrorism.’” By choosing not to focus on stories that occur outside of North America and Europe, social media allows its Western audience to skim a clickbait article, feel mildly disturbed, and then promptly forget, especially when the tragedy does not directly relate to them. A death should be mourned regardless of race, sexuality, or religion.

This willful ignorance perpetuates Islamophobia in a devastatingly effective way. When news relating to the Middle East and Islam focuses more on the radical factions of Daesh (also known as ISIS) and Boko Haram than it does on the victims who were killed, our view of Islam is immediately restricted to the terrorists, rather than the terrorized. More importantly, when militaries from the West are deployed on foreign soil, we turn our heads on the innocents who are killed as a result of this violence, and claim it to be in the name of the “war on terror.” We remember the suicide bombers and the ‘radical’ jihadist leaders who we percieve as threats, ignoring the fact that our own government regularly commits atrocities against ordinary citizens in the Middle East, turning their home into a battleground.

Islamophobia perpetuated by ignorance has been asserted through hate crimes, anti-refugee rhetoric, and direct accusations of terrorism hurled towards an entire religion, whose adherents are the most affected and harmed by terrorism. Such ignorance spreads far and wide. Even in elementary school, I witnessed children too afraid to sit next to their Muslim classmates, some using ‘terrorist’ as a racial slur.

The belief that Muslims are inherently dangerous has justified the killing of hundreds of people across the Middle East and northern Africa, as well as Pakistan and Afghanistan, with drone attacks by the U.S. government claiming to target ‘terrorist cells’ and recieving little to no opposition. According to a report published by The Intercept, “nearly 90 percent of the people killed in airstrikes were not the intended targets.” In Yemen, the hunt for seventeen men led to the deaths of 273 people, including seven children. In Pakistan, the death of a single Taliban deputy commander cost the lives of 128 others. When social media glosses over such topics, it is easy to think of these lives as just another statistic, or simple casualties that were the necessary consequence of eliminating ‘Islamic’ terrorism. It leads us to forget that these lives are just as valuable as the lives lost in the attacks on 9/11. The lack of social media coverage on casualties occurring anywhere outside of the West dehumanizes the victims involved and proves how willing we are to ignore human suffering, when the affected group does not relate directly to white society.

It has been fifteen years since the attacks on the twin towers and the Pentagon. Fifteen years since the United States was shaken by a disaster so powerful that it now serves as a marker of time, as we now refer to things pre- and post-9/11. As an American, I recognize just as much as everyone else how horrible that day was for our country. When I see pictures of bodies dropping from the towers and hear personal stories of those who lost family members in the carnage, it pains me to think that there are people who could even think of executing such an awful act. However, others are still living this nightmare; while the United States can look back on 9/11 and commemorate it with hashtags and profile pictures, the terror of 9/11 continues elsewhere in another form, unrecognized and ignored, without much hope of it ever becoming only a memory.