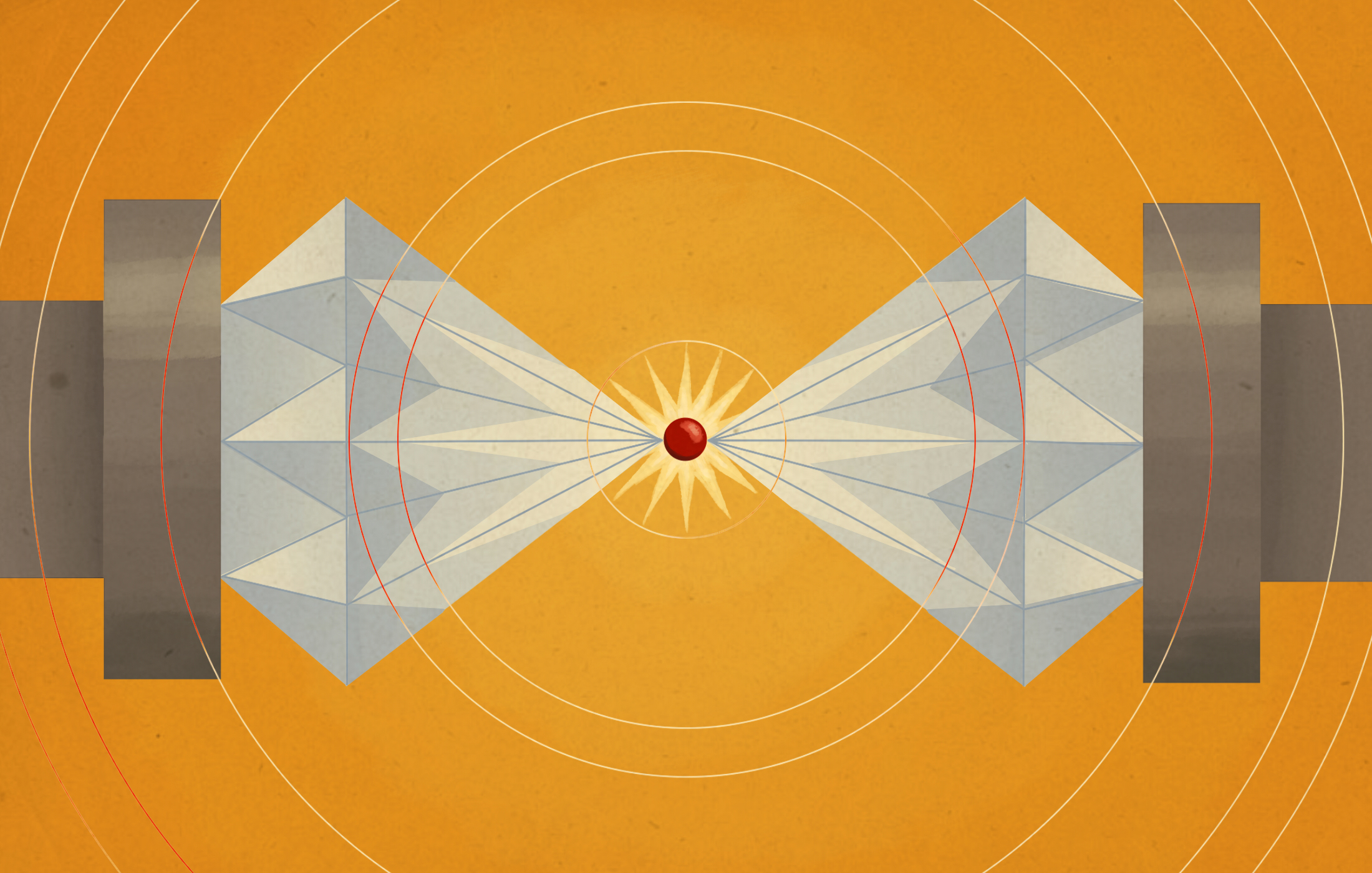 At standard temperature and pressure (25 C and 1 atm), hydrogen exists as molecules in the gaseous state. In January 2016, a team of physicists from the University of Edinburgh, led by Eugene Gregoryanz, successfully made metallic hydrogen by using a pair of diamonds to compress hydrogen molecules to a pressure of approximately 3 million atmosphere. This development, which has hitherto remained elusive, could mean more insight into planetary structure.

Hydrogen is the most common element in the universe; at room temperature, it is a gaseous nonmetal. As a nonmetal, its electrons are unable to move freely. Eighty years ago, scientists first hypothesized that the metallic form of hydrogen might exist under high pressure and would have properties vastly different from its nonmetal form. Since metals have freely moving electrons, metallic hydrogen is predicted to be a superconductor.

One of the most notable examples of this phenomenon is at Jupiter’s core, which is believed to be made up of metallic hydrogen. Jupiter’s rapid rotation compounded with metallic hydrogen’s conducting properties might explain the planet’s magnetic field, which is about 20,000 times stronger than that of Earth.
The attempts to create metallic hydrogen have until now been fruitless because the pressure exerted on hydrogen was not great enough to transform it into its metallic form. In a press release, Gregoryanz stated, “the past 30 years of the high-pressure research saw numerous claims of the creation in the laboratory, but all these claims were later disproved.”

This January, upon creating metallic hydrogen, Gregoryanz and other researchers discovered that at pressure approximately 3.25 million times that of Earth’s atmosphere, hydrogen entered a new phase — phase V. This new form of hydrogen started to show properties similar to those of metals: their electrons became freely moving, and the molecules broke down to atoms. Their experiment further showed that the boundaries between phase IV and phase V seemed to be completely pressure-based, and independent of change in temperature.

However, the research team found that phase V wasn’t the fully metallic form of hydrogen, since there was evidence that some bonds between hydrogen might still be present. The physicists noted that their findings were “the onset of the predicted non-molecular and metallic state of hydrogen,” and higher pressure would be needed to achieve the purely atomic state.

In an interview, Gregoryanz explained that “[their] study presents the first experimental evidence that hydrogen could behave as predicted, although at much higher pressures than previously thought. The finding will help to advance the fundamental and planetary sciences.”

This breakthrough in the study of metallic hydrogen sheds new light on the structure of gaseous planets like Jupiter. It further suggests that metals and nonmetals are not immutable. A non-metal may transform into its metallic form under suitable conditions, and vice versa. Still, for a better understanding of metallic hydrogen, future experiments need to apply greater pressures to obtain the pure form of this elusive state of hydrogen.