First a spectacle, second a person

Muslim women are faced with both secular and religious extremism 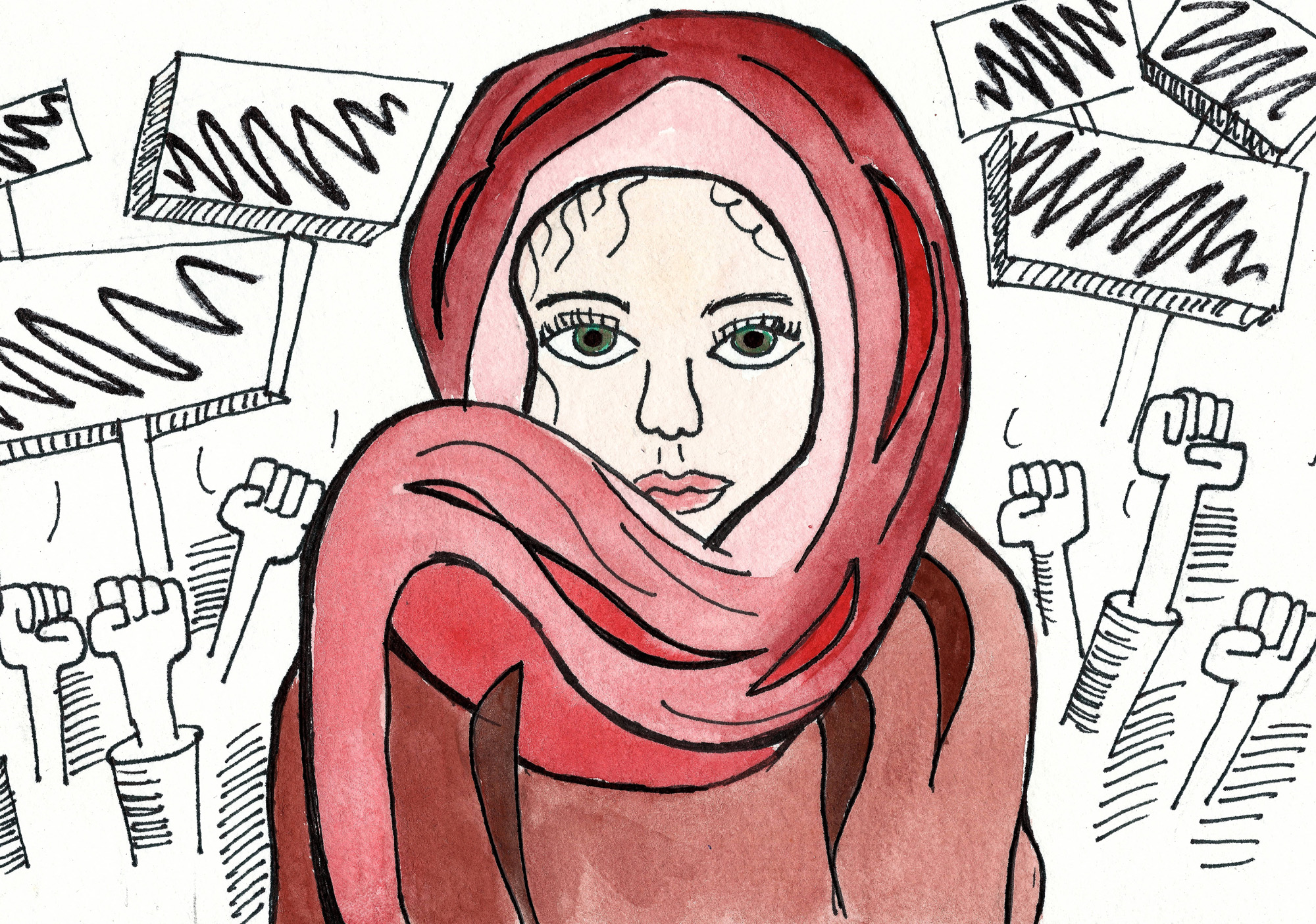 The Muslim woman is a spectacle. She is a worldwide phenomenon, misunderstood not only by men and non-Muslims, but by women and Muslims too. Her existence is fetishized and politicized. She is viewed as something to be conquered, a wrong to be corrected, as someone who needs saving.

This year was one that drew significant attention to Muslim women. Our feats were grand and momentous, breaking glass ceilings for our communities. Ibtihaj Muhammad became the first American athlete to compete with a hijab in the Rio Olympics and her achievements brought visibility to Black Muslim women in sports. Around the same time, however, several coastal towns in France set a ban against burkinis worn on beaches. Burkinis, for those who haven’t been following the furor, are full body swimsuits that expose only the face, hands, and feet. They were created to allow covered Muslim women to feel comfortable on beaches, which are often unwelcoming of their dress styles. French officials claim the new ban to be an attempt at ‘liberating’ Muslim women from the “oppression” of the burka – its effect, in fact, is quite the opposite. Many leaders in France have stayed consistent with their anti-Islamic rhetoric despite the state court ruling that the burkini ban is “a serious and manifestly illegal attack on fundamental freedoms.” This ban, which local leaders have refused to change despite the court’s statements, is only a further infringement of Muslim women’s right to bodily autonomy.

These narratives of policing Muslim women’s bodies and behaviours are constantly played out in different contexts. However, according to popular rhetoric, this occurs in one of two polar-opposite settings: the West (Europe and North America) and the East (western, central, and southern Asia). In eastern countries, the scrutiny that is directed towards Muslim women is rooted in the patriarchy. In western countries, patriarchy joins with cultural imperialism to result in the hostile treatment of Muslim women. The intersections of Muslim-hood and womanhood make it excruciatingly difficult for Muslim women to navigate societies that are both patriarchal and function on values of Islamic extremism or secular extremism. Islamic extremism is not a concept that we’re unfamiliar with, as it has become synonymous with governing Muslim bodies. Secular extremism, however, is a new concept that attempts to capture rigid anti-religious sentiments that may be used in a similar manner to strip religious women of their agency and dignity. Undoubtedly the most central element of any discussion about religious binary is the hijab: the cultural-religious head covering that carries with it the burden of scrutiny by the external world, forcing Muslim women to continuously fight off extremist sentiments and patriarchal judgement from both sides.

In Muslim societies, the struggle over the compulsory/optional status of the hijab stems from male insecurity with regards to the control they have over women. Conversations regarding the status of the hijab in religious contexts, such as the Quran and the hadith, are privileged to male scholars, resulting in women often having no say in what regulations are being made in regards to their bodies. The state interferes with women’s personal choices, which is why the compulsory hijab is viewed as oppressive: not because a woman’s liberation depends on the modesty of her clothing but because women are not able to make these decisions on their own behalf.

The practice of barring women from making decisions about laws and regulations that directly affect them is one that we are not unfamiliar with in the west – although it is one we like to distance ourselves from. The idea that extremism is inherently related to religion and religious governments is false and incredibly misleading. The burkini ban is an extremist act because the state is still dictating what women can and cannot wear, which essentially is no different than the compulsory hijab.

The hijab, however, is no longer just a representation of modesty, but has entered the realm of politics. It is now worn with different motivations, some religious and some political; one of them is to uphold a symbol of national identity and opposition to the imperial West during independence and nationalist movements. The veil is being used to maintain a sense of cultural identity in a world that aggressively enforces Western norms. But choosing to wear the hijab as a political (rather than cultural) statement becomes incredibly difficult in countries such as France, where the hijab is banned in social and professional spaces. This form of social restriction stands in complete contrast to religious extremism, and can be referred to as secular extremism.

Secular governing systems can only be deemed democratic as long as they abide by the policy that the separation between the church and the state is purely political, and not cultural. This form of secularism is moderate and lenient and it only loses its credibility when it escapes the political sphere and begins to look like cultural policing, interfering in the personal lives of members of the society. France’s burkini ban has made it clear that their secularism is not moderate, but extreme; it tries to impose neutrality in cultural values through the force of the state.

However, the hijab as a representation of modesty is not only politicized in Western societies but used by women as a tool of protection against deeply patriarchal, misogynistic Muslim men. For example, the burqa in Afghanistan allows women to enter the public realm while maintaining their modesty in male dominated spaces. Afghan women within Pashtun and non-Pashtun groups living in remote regions where religious beliefs can often remain extreme and stagnant would have found it impossible to present themselves in public without the burqa. The burqa is making public, male dominated spaces accessible to Afghan women in the same way that the burkini is making public beaches accessible to Muslim women.

Muslim women, in different ways across the world, use the hijab to combat state violence and regulations. To see the right to expression and freedom be stolen away from them by French authorities begs the question, how can one form of extremism ever consider itself to be more liberating than another?