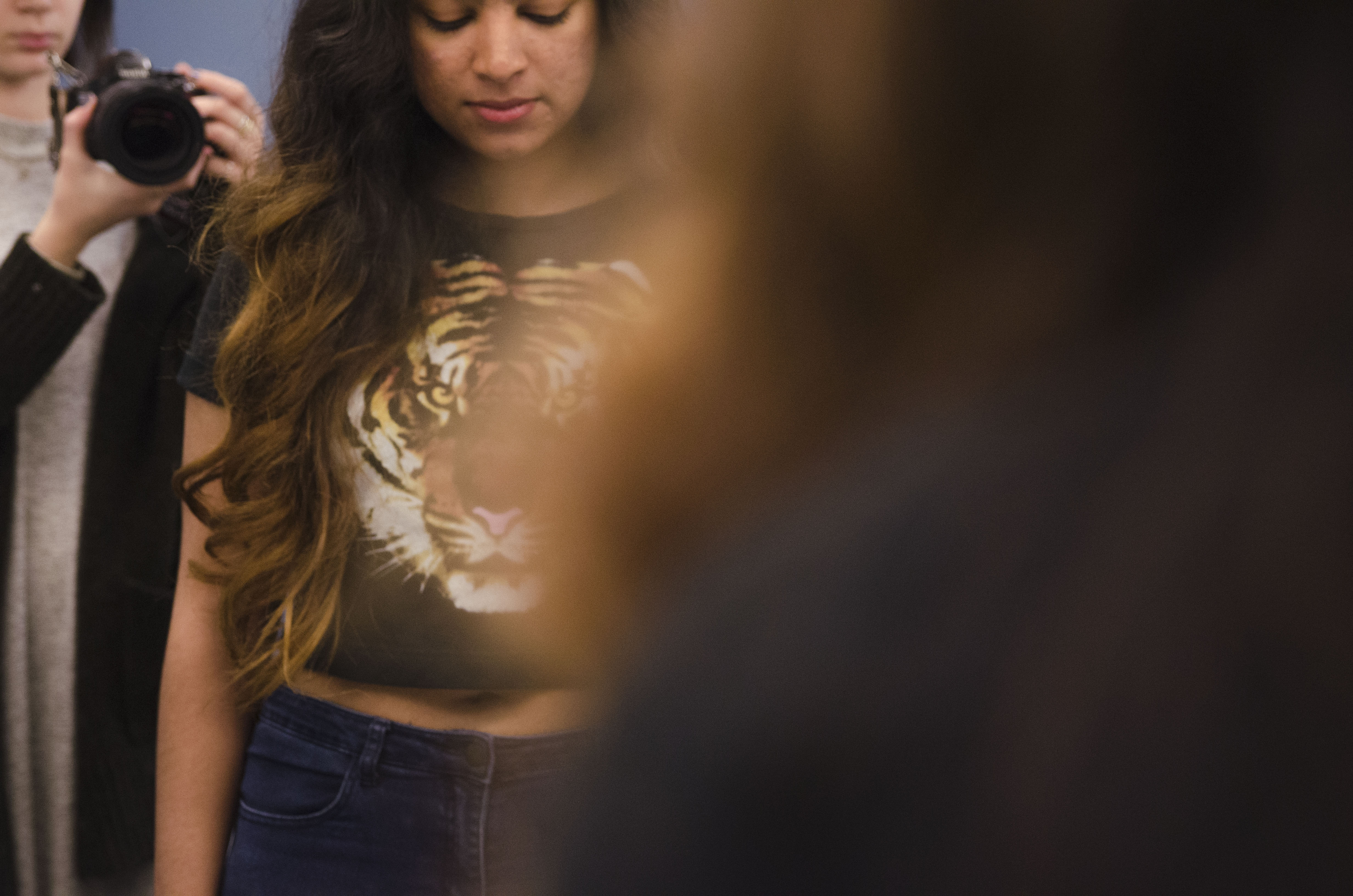 As an artistic and journalistic medium, photography gives its audience access to realities that they wouldn’t otherwise have. Photos that feature Brown and Black bodies as victims of war, famine, and other humanitarian crises are often produced under the guise of generating sympathy and awareness toward the immense violence that continues to plague much of the Middle East and parts of Africa.

Photojournalists, often white male ones, capture and circulate these images under a framework of advocacy meant to highlight and bring attention to these victims of violence. However, this advocacy fails when, within the chaos of image distribution, these photos lose their context and the people in them – lifeless or not – are dehumanized. They become nameless symbols of violence that must be stopped, of people who must be saved, all without acknowledgement of the systems causing the violence in the first place. This is how neocolonialism is justified. If the Western masses can be convinced that these bodies represent an uncivilized, helpless, and homogenous people, Western nations can continue to validate their intrusions into these countries.

Throughout the ongoing Syrian refugee crisis, photography has been crucial in reporting the hostile conditions endured by refugees. However, it has also created fertile ground for the exploitation of their bodies. Alan Kurdi, the young Syrian boy whose lifeless body was found off the coast of Turkey, became victim to this phenomenon as his image went viral online and on social media. His body became politicized and used in support of various political agendas without a trace of his humanity spared for those who knew and loved him. He was sketched as caricatures and associated with a multiplicity of political and personal narratives, all by people who seemed to think that this was an appropriate way of generating awareness of the plight of Syrian refugees.

This pattern is not unique to the refugee crisis. In February, when Boko Haram bombed and burned down an internally displaced person (IDP) camp in northeastern Nigeria, images of desecrated homes and burned Black bodies went viral. Such nonchalant consumption of these images serves to objectify and normalize the death and suffering of Black people.

In stark contrast, white bodies are rarely publicized as a tool of awareness. The masses are expected to acknowledge the gravity of violence against white people without visual proof. The most recent example of this is of the attacks on Paris; graphic images of the victims were not spread, uncensored, in mainstream media. Why then, are we convinced that it is impossible to acknowledge and discuss the treatment of refugees or the horrors of mass violence without disrespecting lifeless brown bodies?

It is not just photography being a visual medium that makes it so prone to this type of reductive representation. Photography was developed as an extension of the white male gaze: the fact that photojournalism as a discipline was founded and largely controlled by white men heavily influences the way it has come to be practiced throughout the world. While photographers of colour are also guilty of exploiting people’s bodies, this is still largely because the dominant conception of this art form is grounded in the white gaze. The effect of this dynamic is particularly harmful for women of colour captured in exploitative photos, where the intersection of race and gender leave them vulnerable not only to the white gaze, but to the male gaze and the fetishizing objectification that comes with it.

It is alarming how comfortably people in the West consume these images without considering the humanitiy of the subjects. Brown and Black people are omitted from conversations about the violence that is enacted against them; instead of seeking and sharing stories from people of colour, images of bodies detached of their individuality are spread, made ready for consumption, public critique, and entertainment. As these images circulate, people attach their own personal narratives to them. In doing so, the notion of “advocacy” is perverted. Instead, they consume and use these images for their own gratification and agendas.

Through the co-opting of these images, photography is ultimately an expression of the white political agenda and how it would like to see the “other” presented. Although photojournalism explores inhumane conditions and violence and introduces them to a wider audience, it can also be violent itself by exploiting the images of victims of violence. This leads to the silencing of whichever narratives do not reconcile with that of white, Western media. It is no coincidence that, when the media normalizes and devalues the lifeless body of a Brown child, it is also lowering the standards of living conditions expected and accepted for living Brown children.

Sharing images of the dead and adding to the media frenzy seems to satisfy the general public’s moral need to “do something” – but it shouldn’t. We must collectively be more vigilant in the ways we attempt advocacy, and ensure that the methods we choose are not destructive.

Khatira Mahdavi is a U1 Cultural Studies student. To contact her, email khatira.mahdavi@mail.mcgill.ca.