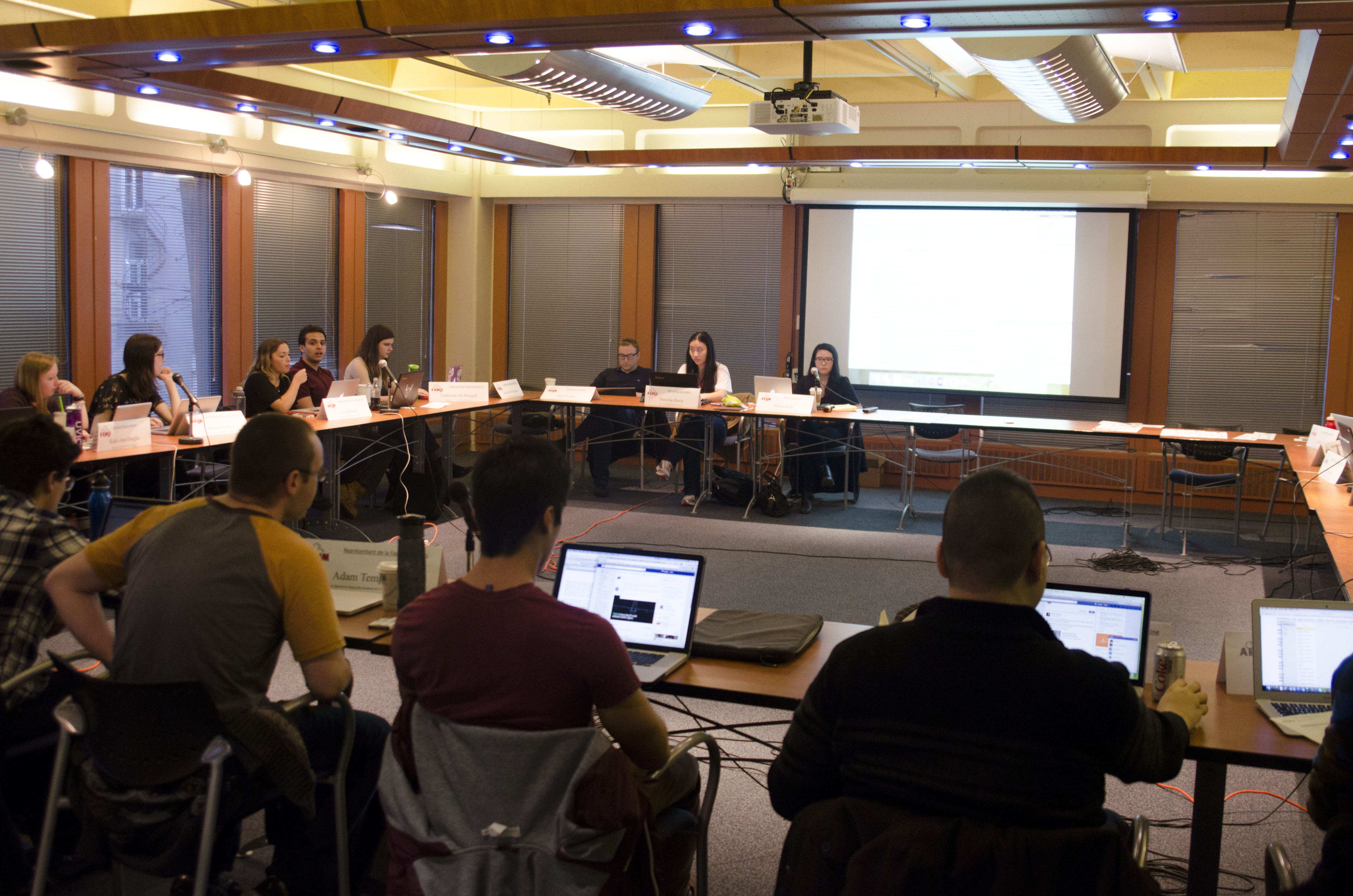 The Students’ Society of McGill University (SSMU) Legislative Council convened on March 31 for a supplementary meeting, where they adopted a Policy on Indigenous Solidarity and discussed five other motions.

Council also considered 12 notices of motion, which will be brought back for debate at this week’s Council meeting on April 7. These include motions regarding the proposed Smoking on Campus Policy and Accessibility Policy, the service status of Elections SSMU, and amendments to the Internal Regulations of the Elections and Referenda.

There was discussion regarding which SSMU events would require a traditional territory acknowledgement. VP Clubs & Services Kimber Bialik explained that certain events, like Activities Night, would be exempt, “because that would require running floor to floor with a megaphone,” she said.

“All it does is water down what a club is.”

The motion also saw debate over access to status as a SSMU club: some councillors advocated removing a clause that would waive the membership requirements for creating and maintaining Indigenous student groups due to the underrepresentation of Indigenous students at McGill. Under other circumstances, the interim status application for clubs requires a list of at least ten McGill students who are interested in being members of the club.

Bialik argued that the clause was unnecessary because the Club Committee already waives the ten-member requirement at its discretion, so “all it does is water down what a club is.”

According to St. Amour, there are fewer than 230 Indigenous students at McGill, from the undergraduate to the postdoctoral level.

The wording of the policy was amended to mandate the Club Committee to consider the underrepresentation of Indigenous students at McGill when assessing applications for club status from Indigenous student groups, and waive club requirements when appropriate.

The motion passed with 23 in favour and 1 abstention.

Council voted unanimously to approve an update to executive job descriptions, as well as a motion simplifying appointments to vacant CKUT representative positions.

“[It] isn’t the most appropriate for a student group that’s run by first-years, which generally requires more support than a lot of our autonomously run services.”

With the FYC having failed its service review earlier this year, the motion sought to revoke the service status of FYC, instead institutionalizing it as a SSMU body under the portfolio of the VP Internal. Bialik said that SSMU service status “isn’t the most appropriate for a student group that’s run by first-years, which generally requires more support than a lot of our autonomously run services.”