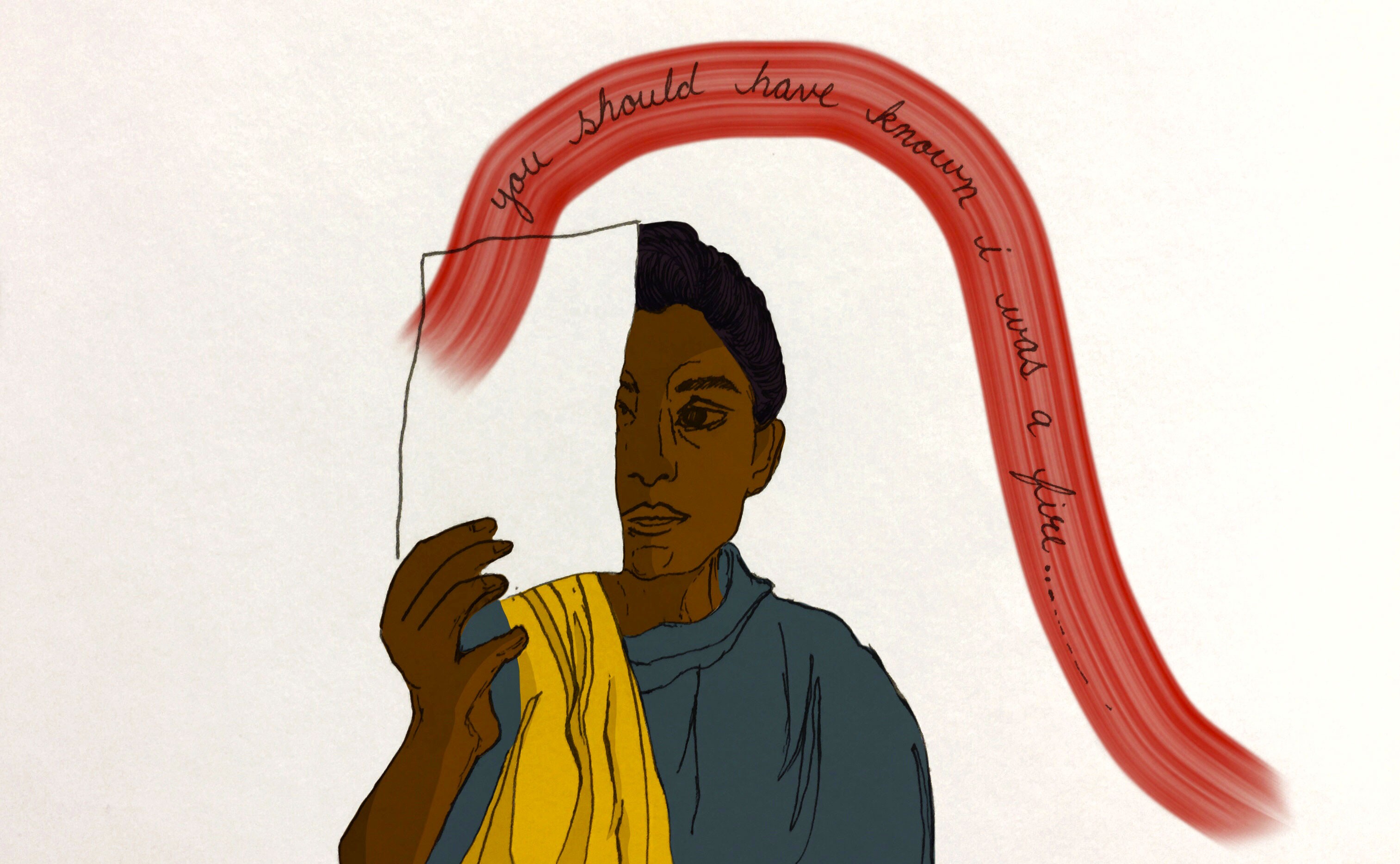 On March 10, something revolutionary took place in the Students’ Society of McGill University (SSMU) Ballroom. So many curious minds were eager to embrace the poetry and spoken word of a female Punjabi artist, Rupi Kaur, that some had to be turned away at the door. The event aimed to correct the underrepresentation of Black and Brown women as leaders and independent artists. It did so successfully; the overwhelming crowd of approximately 400 people was a true manifestation of how valuable their work is. As a woman of colour, it is very rare that I get to experience the thrill of seeing my identity represented by an inspirational artist of colour in a dignified way, so Kaur’s performance and the reception of her poems was a triumph for me personally and for what seemed like an inspired audience.

Based in Toronto, Kaur released her first book of poetry and prose, milk and honey, in 2014. Since then, she has been touring within Canada and internationally to share her art with a broader audience. SSMU Equity invited Kaur to host a night of poetry, but she did much more, engaging the crowd in the themes of violence, abuse, feminism, love, and identity. During the show, she performed three spoken word pieces: “broken english,” “the art of growing,” and “liberation” – all of which can be found on her YouTube channel – as well as by readings of several poems from milk and honey. I sat in the crowd and my heart swelled as I witnessed this artist take the stage with brilliance.

Kaur explained the title of her book by referring to the collective struggle and healing of the Punjabi women she identifies with. milk and honey is used as an analogy for the heart-soothing method of brewing milk and honey to soothe ailments, which the artist noted to be a common Indian cultural practice. Kaur’s poetry is infused with themes of intersectional womanhood and celebrating Brown identities, all of which resonated deeply with me as an audience member.

The artist’s poem “woman of colour,” which she performed at the event, draws on this theme: “our backs / tell stories / no books have / the spine to / carry.” In this work, Kaur expresses solidarity with other women of colour who carry the burdens of racism and sexism on their backs while moving through their lives with grace and success. This type of acknowledgement of burdens and struggles is more commonly geared toward white women, which is why the poem’s sentiment was especially striking to me, It felt refreshing to not only see a female poet commemorate women of colour and encourage them to celebrate their identities, but to see the poem receive a warm reception among the crowd.

Nadine Tahan, a Lebanese woman and a U3 Political Science student told The Daily at the event, “I appreciated how the audience was mostly women of colour. It felt good to be surrounded by others who share similar experiences as you.”

It is important to note that Kaur purposefully does not use capitalization in her poetry. She says it is a way of paying homage to the written version of her mother tongue, Gurmukho, which does not use capitalization. Developing these themes of homecoming and cultural struggle, she performed the spoken word piece “broken english.” The room growing quiet, and music, which accompanied all of her spoken word pieces, filled the empty spaces between audience members. The sound of bells cascaded through the crowd as Kaur spoke about the language and cultural barriers that first-generation immigrant mothers struggle with: “so how dare you mock your mother / when she opens her mouth and broken english spills out / her accent is thick like honey / hold it with your life / it’s the only thing she has left from home.”

Experiencing Kaur’s performance was cathartic for me because so often feminine expressions are silenced and women of colour are often robbed of opportunities to amplify their voices, and yet here was a young Punjabi woman with jet-black hair slicked into a braid reading promiscuous poetry to a crowd of 400.

Kaur demonstrated the role of poetry in engaging with the issues of female resilience and social transgression, and how crucial it is for these ideas to come from the mouth of a woman of colour.

Ayesha Talreja, a South Asian woman and U3 International Development Studies student, was impressed with Kaur’s performance, but had criticism to spare. “[Kaur’s art] made me think […] how [struggles of] people of colour […] within and outside our communities are often glossed over and subconsciously or consciously made to fit for wider mainstream acceptance. I began to think more about who is burdened with always having to talk about race, identity, femininity, and migration, and wondered why I expected this [discussion] from her. Just because she is a fellow woman of colour? Just because she is a fellow migrant?”

With her poetry and spoken word, Kaur advocates strongly for an open concept of femininity, reminding women to acknowledge the strength in themselves and each other, as she says in her book: “we all move forward when we recognize how resilient and striking the women around us are.” Kaur’s poetry night was all about encouraging women of colour to recognize their beauty against homogenized and whitewashed standards. Kaur demonstrated the role of poetry in engaging with the issues of female resilience and social transgression, and how crucial it is for these ideas to come from the mouth of a woman of colour. Her work is not a metaphorical representation of identity and struggle, but stems from her lived experiences. Kaur’s poetry and spoken word is proof of her survival.