Politics and poetics of remembrance 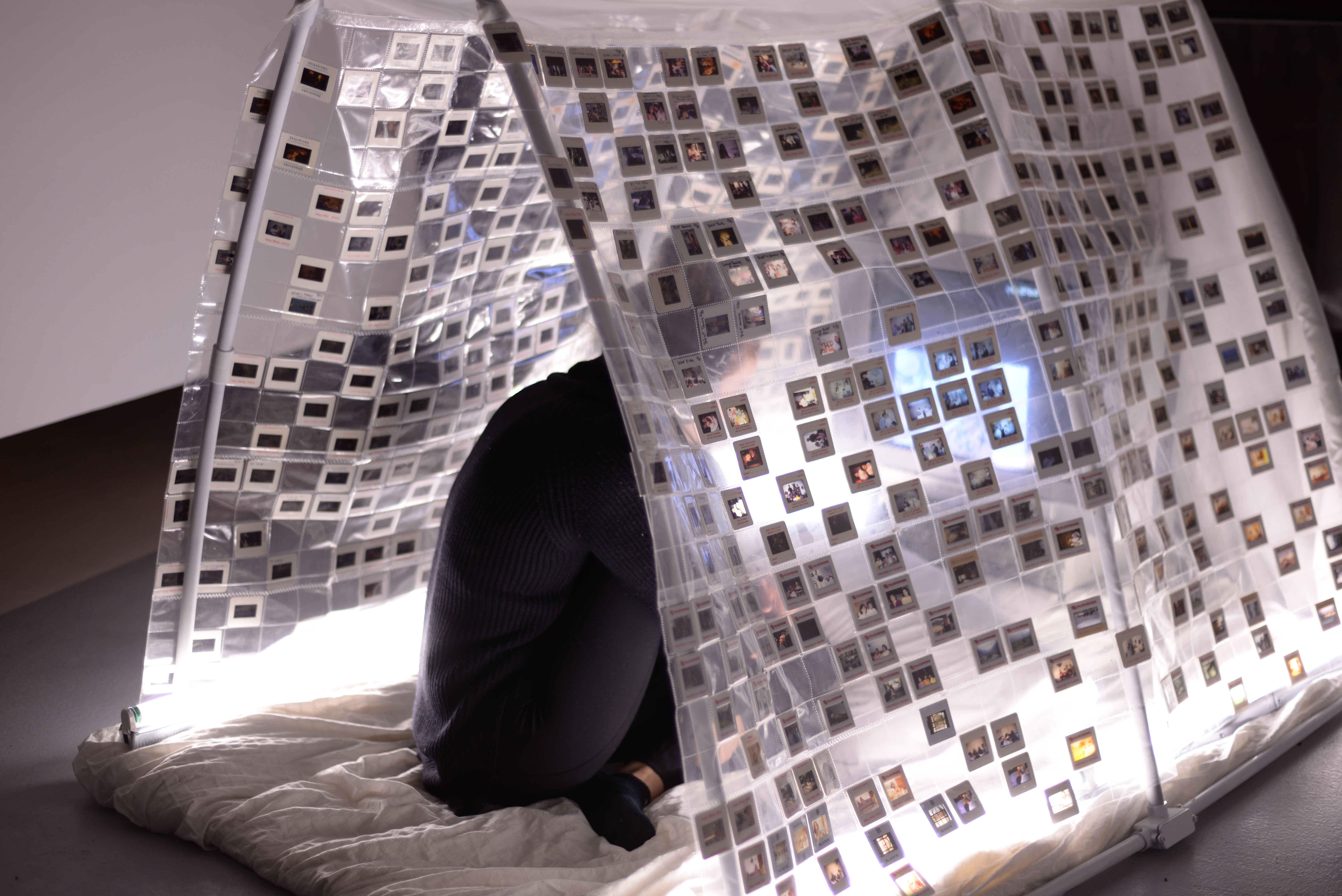 “Memento” is part of the 16th edition of the Art Matters festival, and took place at Concordia’s VAV Gallery from March 7 to 18. Curated by Alexey Lazarev, “Memento” showcased a collection of personal histories that re-imagined the relationship between person and object. The pieces played with the idea that the connection between ourselves and the things we own cannot always be articulated in economic terms, but it rather carries intimate significance.

The exhibition featured five artists working with distinct mediums and practices, but united by the common theme of memory. Together the artists explore the ways in which memory orients us to different spaces and temporalities, and enables us to form connections with each other and to establish a sense of identity. Compared to its cousin, the souvenir, which people love and want to pay for, the memento has a value that is not easily economically quantified, at odds with the tendencies of contemporary consumerism.

Upon entering the gallery, the viewer encounters Chloé Bergeron’s Lucille, a series of photographs that imagines the life of the artist’s late neighbour through shots that capture the details of the neighbour’s home and traces of a life that once was. Lucille, posed by the artist’s friend, appears in several of the photographs, always caught in the midst of action — she is reading, walking, and gazing out of her window. The use of a black-and-white filter evokes not only a film noir aesthetic, but also the early work of Cindy Sherman, particularly Untitled Film Stills. The performative and cinematic aspects of Lucille is clearly indebted to Sherman’s legacy, resulting in a combination of intimacy, nostalgia, and eeriness.

As different subjectivities, spaces, and temporalities are brought into relation, the viewer becomes more aware – and at the same time, more uncertain – about the ways in which memory helps one make sense of the world.

On the opposite side of the room is Camille Lescarbeau’s Untitled, an embellished pillowcase pinned on the wall; directly below it is a handmade journal on a stand, with some of its pages embroidered with flowers. The pillowcase was gifted to the artist by her grandmother, and Lescarbeau notes the importance of the medium in the artist’s statement, emphasizing that embroidery and textile art have been largely undervalued due to their designation as women’s work, while male artists’ creations have been canonized in the Western art history tradition. On a discursive level, Untitled is a challenge to this paradigm by virtue of existing in the gallery space, demanding not only that viewers consider it as art, but also that they question what constitutes art in the first place.

Themes of home and domestic life are echoed by Grace Paraluch’s series of oil paintings, China Town. In these paintings, Paraluch constructs scenes of intimate interactions between couples in different home environments. The artwork is reminiscent of JJ Levine’s Queer Portraits, a photo series that engages with queerness and domesticity in remarkably similar ways. The political undertones of Paraluch’s project are emphasized as China Town challenges the traditions of oil painting, a medium that has long been used to perpetuate heteronormativity in Western art history.

Lescarbeau’s Untitled is a challenge […] by virtue of existing in the gallery space, demanding not only that viewers consider it as art, but also that they question what constitutes art in the first place.

Facing a bench at the centre of the gallery is Mourad Kouri’s Untitled, a video composed of found footage taken from the open digital archives of the Syrian war, played on loop on a mounted screen. While all of the pieces in “Memento” articulate a particular way of representing home, memory, and identity, Kouri’s piece seems to destabilize the very idea that everyone is able to relate to these concepts in a consistent and fulfilling way.

In a quiet corner of the gallery, the viewer is treated to Aaliyeh Afshar’s Untitled (For Mama). Afshar translates a deeply personal experience of loss – the death of her mother – into an image that can be understood by many people. The installation is staged like a blanket fort, with an antiquated television and VHS player set, evoking ideas of home, comfort, and childhood. The roof of the blanket fort is composed of archival slide sheets, and as the viewer crawls into the structure, they become surrounded by slide transparencies of the artist’s parents in various public and intimate moments. While it is supposed to be a nostalgic and comforting space, the tent structure generates a sense of fatality: the white blankets and fluorescent lighting carry notions of sterility, and the slowly degrading quality of the VHS images suggests the inevitability of loss and the decay of memory.

“Memento” is a contemplation on the politics and poetics of remembrance, of that which constitutes a bond between us and others, this place and elsewhere, the present and the past. As different subjectivities, spaces, and temporalities are brought into relation, the viewer becomes more aware – and at the same time, more uncertain – about the ways in which memory helps one make sense of the world.