“We, ‘Other’” deconstructs Rococo and Baroque with contemporary touch 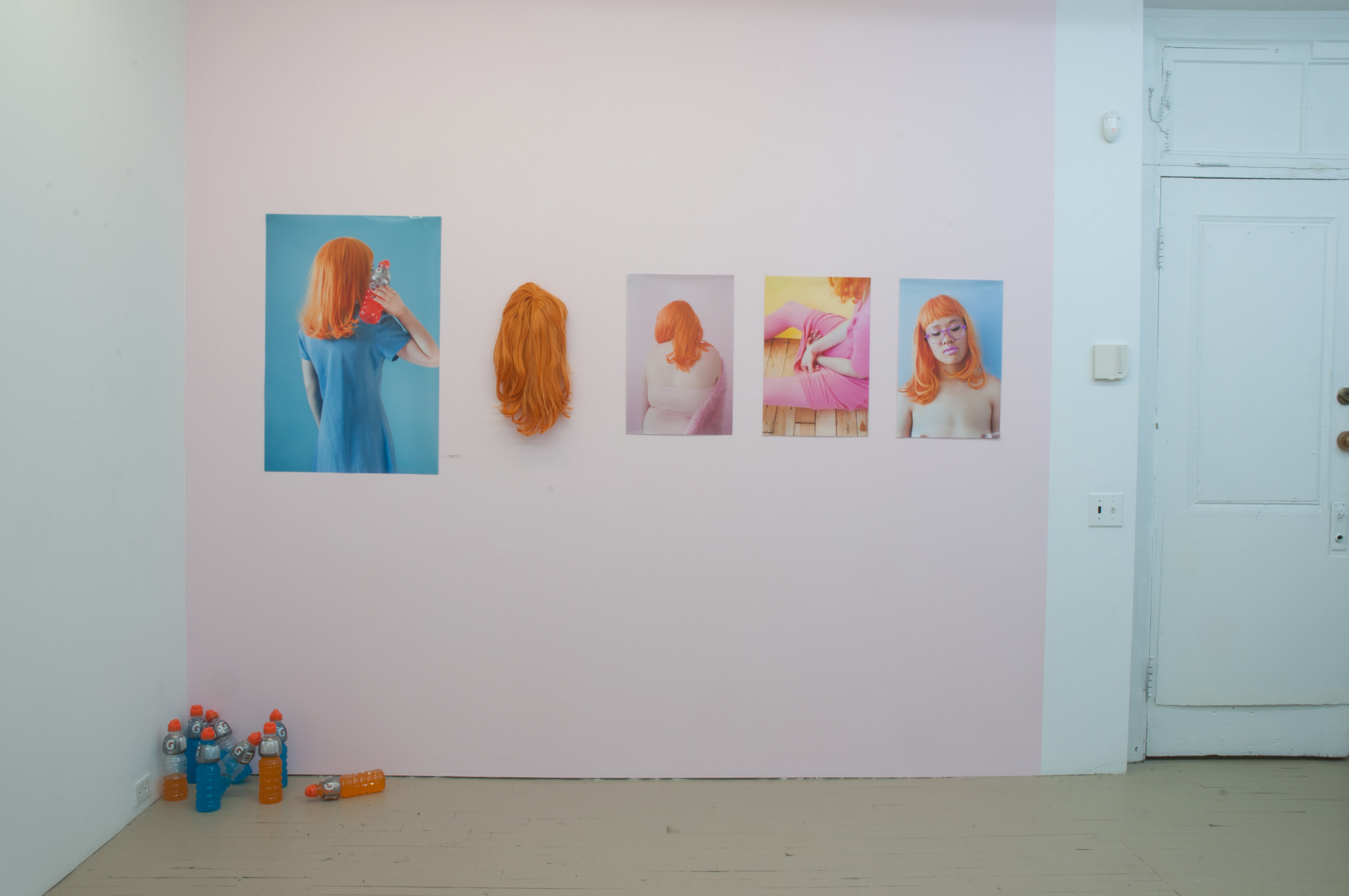 “We, ‘Other’” was held at the POPOP gallery from March 8 to March 18, as part of Art Matters 2016, a student-run festival showcasing Concordia artists. The theme of the show was inspired by the French historian and critical theorist Michel Foucault’s words, “We other Victorians.” In “We, ‘Other’,” curator Miles Petrella constructs a space in which the artistic traditions and themes from the Rococo and late Baroque periods of visual art are in conversation with the audience, the modern “Other.” The audience, the artists, and the artwork are a synthesis of late 18th and 19th century aesthetic ideals of decadence, materialism, and luxury – all put into a modern contemporary context.

Petrella chose pieces that depict the time period in a way that prompt modern understandings of those artworks. In an interview with The Daily, Petrella said, “To me, all the pieces have something signifying opulence, decadence, or taste-levels and have a sexuality component to them too.” The layer of contemporaneity was then laid over the pieces as they were situated in decidedly modern and postmodern contexts.

“We, ‘Other’” is infused with the visual echoes of 18th and 19th century art. Pastel colours, reminiscent of the idyllic garden scenes characteristic of the Rococo era repeatedly appear throughout the exhibit, and one of the walls of the gallery is painted a bright pastel pink. The pieces that comprise the show are diverse in style, subject matter, media, and degree of naturalism. The show includes and displays this diversity under an umbrella of shared qualities; “We, ‘Other’” as a whole does not profess a specific critique, but rather allows the pieces to speak for themselves and their own manifestations of opulence, decadence, and sexuality.

Hinting to audience why art indeed matters, the exhibit develops a balance of styles, artists, media and tones that engage with the viewer on historically significant issues, all through a contemporary lens.

One of the central themes of the exhibit is the portrayal of the human body as subject matter, a frequent theme found in much of Baroque and Rococo art. Brent Morley Smith’s Shag is a brilliant piece of textile work depicting a young man with an Adonis-like physique in the midst of masturbating without any seeming awareness – or care – of the audience’s observation. The musculature and classical flawlessness of the figure as well as the decadence of its rich fibers certainly speak to the figure’s dedication to opulence. A McGill student who attended the exhibit described the piece as “beautiful, but I wouldn’t hang it in my living room.”

Exploring the representation of the female body in art throughout time, Cindy Phenix’s triptych Play With Me 1,2,3 depicts the invasion of women’s spaces and the transformation of their bodies into an object of the public gaze. Soft pastel colours are present, but it’s the faces of the women that draw attention – they are illustrated with huge black eyes, massive lips and bushy eyebrows. One of the paintings depicts a woman holding her hands out in a “stop!”

In a critical and flexible manner, “We, ‘Other’” combines the themes typical to 18th and 19th century artwork with modern interpretations, thus deconstructing and dismantling “Other” as sexual mores. Hinting to audience why art indeed matters, the exhibit develops a balance of styles, artists, media and tones that engage with the viewer on historically significant issues, all through a contemporary lens.