Female vulgarity is a necessary subversion of gender norms 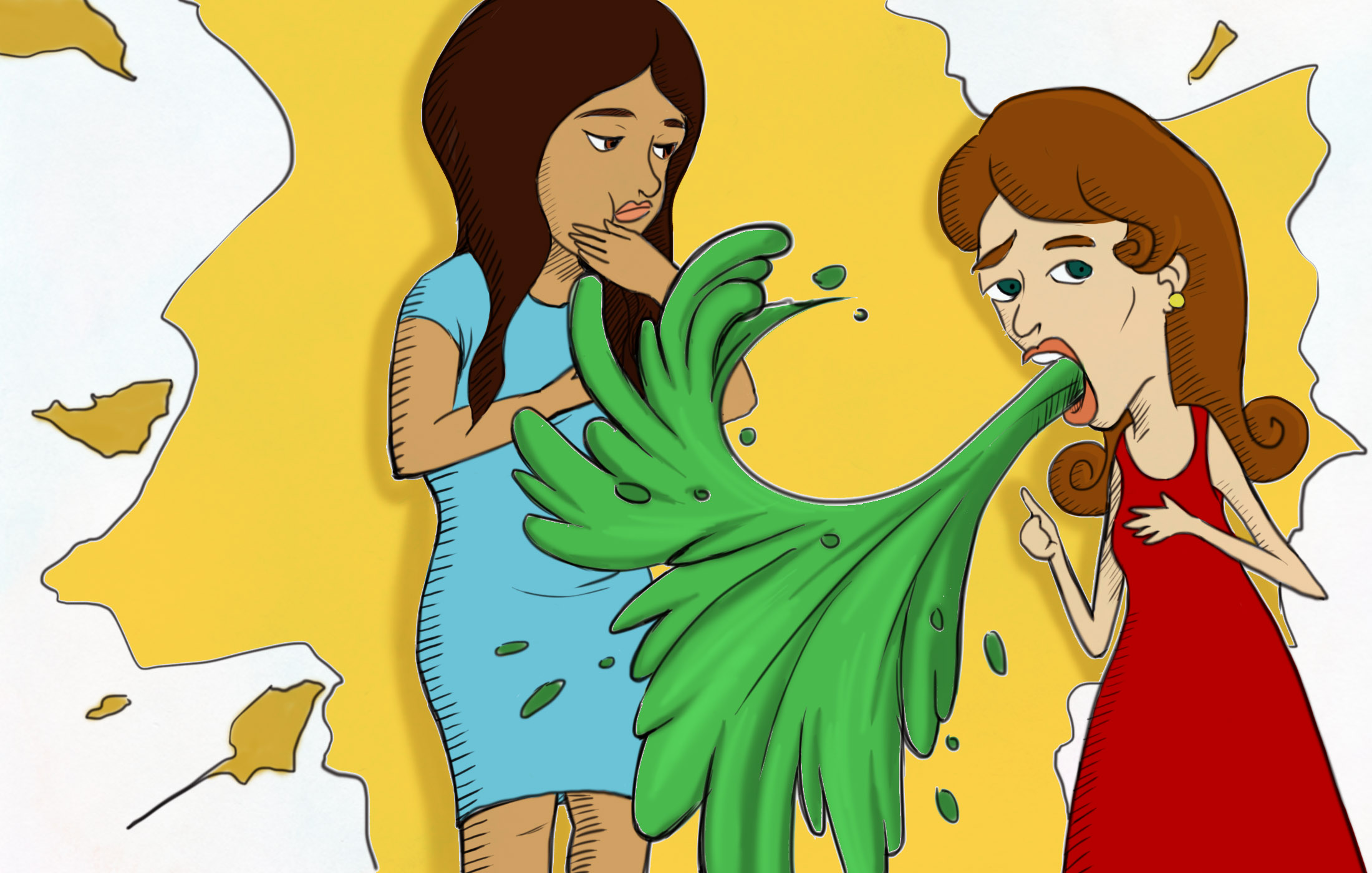 I recently rewatched Bridesmaids for the first time since it was released. I was surprised by how much I enjoyed it, given that I hadn’t really been a huge fan the first time around, but also by how tame the movie was relative to your average gross-out comedy. The infamous wedding dress/food poisoning scene, in particular, was much less shocking than how I remembered it – in fact, you only see two instances of vomit in the whole scene.

It’s possible that I just misremembered, but part of the reason I was expecting it to be more, well, disgusting, is because that scene was the movie’s claim to gross-out fame when it was first released. Moviegoers, critics, everyone was talking about its shock value. But on rewatching, I had to wonder, why? I’ve seen much worse in other comedies: the penis-shooting scene in 21 Jump Street or the vomit scene in I Love You, Man, for starters. So why was this one scene so remarkable? Maybe because this wasn’t Paul Rudd and Jason Segel puking on each other – this was a group of five women, in wedding dresses, doing the most ‘unfeminine’ thing possible.

In our patriarchal societies in Canada and the U.S., when men make reference to their bodily functions, it’s seen as a joke – an immature one, but, ultimately, a harmless one. It’s just perceived as “boys being boys.” Women, however, are not afforded the same leniency.
When girls become teenagers, their bodies are regulated and submitted to a double standard, the age-old virgin/whore dichotomy. On the one hand, women must be prudish and cover their bodies, while on the other, they are sources of sexual pleasure for men, their bodies exposed for objectification. Any function of the body that falls outside of these two categories, such as puking or having your period, is erased.

Pop culture is one of the biggest culprits in this regulation and sexualization of women’s bodies. Although there are some examples of female perspectives on how women are portrayed in film and TV, the standard portrayal of women still adheres to what film critic and feminist Laura Mulvey calls “the male gaze”: a woman’s body is filmed for the male viewer, making it a source of pleasure – no pooping, puking, and periods allowed.

In our patriarchal societies in Canada and the U.S., when men make reference to their bodily functions, it’s seen as a joke – an immature one, but, ultimately, a harmless one. It’s just perceived as “boys being boys.” Women, however, are not afforded the same leniency.

Hence a dire lack in Hollywood of vulgar comedies that make light of women’s experiences with their bodies. Just look at the division between teen comedies: teen flicks targeted at men often feature a storyline where a sexually preoccupied teenage boy is trying to lose his virginity, such as in Superbad and American Pie, and engages in gross hijinks along the way.

In teen flicks aimed at girls (think Mean Girls and Clueless) the coming-of-age story is usually not about coming into sexuality, but rather dealing with social image issues and finding a boyfriend. This trend where men can be gross and women are either desirable or trying to become desirable continues into adulthood and adult comedy.

This bias in bodily regulation and humour not only affects who gets to make gross jokes on screen, but also which kinds of gross jokes are acceptable. Period jokes, for instance, are way less common than fart jokes or puke jokes in movies. The first time I saw Superbad, I found the period gag (where Jonah Hill dances with a woman and gets period blood on his leg, and proceeds to freak out) pretty annoying, because I saw it as demonizing periods. But it’s actually a great joke, not only because period jokes are so absent from comedy culture, but because, yeah, it’s gross when your period leaks. And it’s funny – and arguably even healthy – to be able to laugh at those gross moments. But, even in Superbad, it’s the guys who get to make this joke.

This is why it’s so important for women in pop culture to be gross. Every time a female comedian makes a joke about the gross functions of her body, she is subverting norms of femininity that regulate the female body and tell women how they must behave and what they can and cannot do. One poop joke may seem like an insignificant action, but it is one small means of empowering women to make their own statements about their bodies.

On the bright side, as more female comedians become popular, they begin to shift the paradigm of what is acceptable to put on screen and what isn’t, if only slightly. 2015 wasn’t a bad year for women in body humour – Amy Schumer’s Trainwreck and the Amy Poehler-Tina Fey feature Sisters both include some refreshingly surprising moments, but there’s still a long way to go. Broad City is perhaps the best example of (increasingly) mainstream comedy that doesn’t shy away from the female body; one only has to look at the poop shoe episode of season one for confirmation.

The breastfeeding scene in Neighbors – a film noteworthy for including the wife character in the film’s comedic core, instead of relegating her to the sidelines – is one of the most memorable recent female body gross-out scenes. It turns the trope of the ‘pregnant woman with big boobs’ on its head by making fun of just how painful and unappealing breastfeeding can be. Though, again, the line between demonization and humour is a fine one, and it’s still Seth Rogen who gets the laughs.

[I]t’s so important for women in pop culture to be gross. Every time a female comedian makes a joke about the gross functions of her body, she is subverting norms of femininity that regulate the female body and tell women how they must behave and what they can and cannot do.

This isn’t to say that, as a society, we should all be making poop jokes. But, clearly, there is something about bodily functions that we find funny – Canada’s most popular emoji last year was the poop emoji. We laugh when we are surprised; this is probably also why comedy can be extremely offensive, because there’s humour in shock value. Poop is funny because it’s something normally deemed too gross for a conversation, but it’s also something that every human on the planet deals with on a daily basis. Women, though, often don’t have the power to make light of their own bodies within mainstream culture – and this is especially true for trans women.

So when a scene in a big budget Hollywood film takes five women in pristine bridesmaids dresses, the definition of chaste femininity, and has them puke all over those dresses, it subverts gender norms so shockingly that it’s not just funny – it’s subversive, and if the vomit got a little more screentime, it could subvert a little more.