Board of Governors refuses to divest from fossil fuels 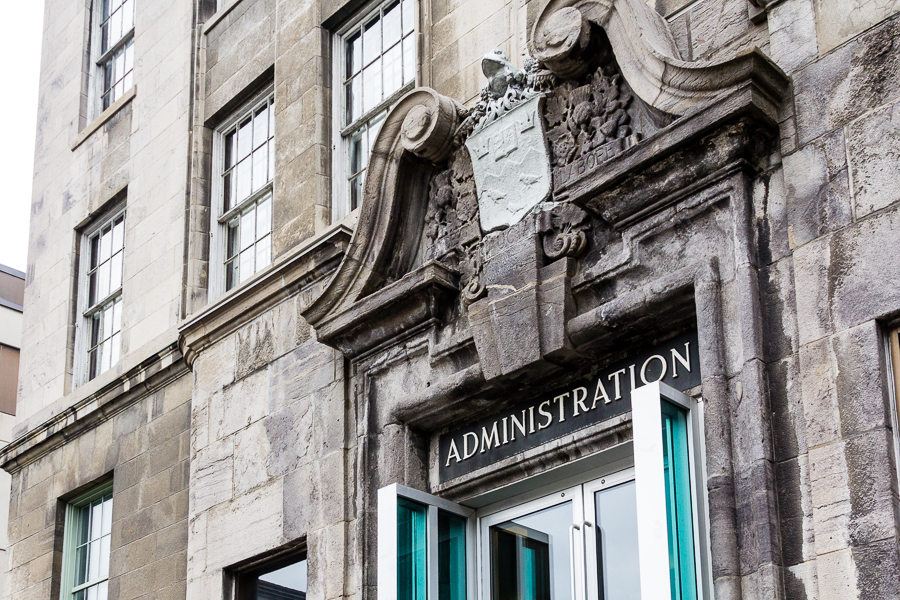 A special meeting of the Board of Governors (BoG) was held on March 23, where the BoG announced it would not divest from McGill’s investments in the fossil fuel industry, following a report made public today by the BoG’s Committee to Advise on Matters of Social Responsibility (CAMSR).

During the meeting, 13 members of Divest McGill sat around the periphery of the room with duct tape over their mouths, holding signs indicating their program of study, year of graduation, and the word “SILENCED.”

McGill will not divest

At the meeting, Stuart “Kip” Cobbett, chair of the BoG and CAMSR, said, “We found that although there was certain injury caused, that it did not meet the test of ‘social injury’ as defined in the terms of reference of CAMSR.” He added, “The view of CAMSR is that divestment is not the most appropriate or effective way to improve the environmental situation, to reduce the emissions of greenhouse gases.”

“I grew up in an era […] before fossil fuels became the rage in consumption,” said Ram Panda, a member-at-large of the BoG, addressing members of Divest McGill in the room. “I can tell you, most of you have absolutely no idea of the level of simplicity and of the denial that you have to live through, and lack of opportunities, and what we need to give up in order to get [back] there,” said Panda, referring to the movement towards a society not dependent on fossil fuels.

“Divestment is not the most appropriate or effective way to improve the environmental situation.”

“It was really difficult for me to sit through the meeting today and hear them all say that they take climate change seriously, and yet are unwilling to let go of assets in the most socially and environmentally damaging companies in the world,” said Emily Boytinck, Students’ Society of McGill University (SSMU) VP External, in an interview with The Daily. “As an Environment student, I’m ashamed to be getting a degree from this university.”

“It was definitely expected, which is funny because we had the science and the ethics on our side,” Julianna Duholke, a member of Divest McGill, told The Daily when asked about the decision. “I’m very angry, but not surprised that they continued to perpetuate their own self-interests and ignore the needs of others. It’s a group of largely white men who are sitting there, who are not the people who feel the effects of climate change at all. So it is not an urgent issue for them.”

Divest not invited to the party

According to Kristen Perry, a member of Divest McGill, the agenda for the meeting was not made public on the BoG website until the morning of the meeting itself. At the conclusion of the open session, Perry interrupted the meeting to draw attention to the fact that the meeting had not been publicized.

“I think it’s really disappointing that the Board did not even have the decency to tell Divest McGill that you were having this meeting,” she told the BoG. “It should have been made public, in fact, not just to Divest McGill. […] I think that’s unacceptable. I think you should really reconsider who you are representing and who you are supposed to be taking action for.”

Asked why the meeting hadn’t been publicized, Cobbett told The Daily, “I thought that all our meetings were publicized. It may be that the practice is that special meetings are not generally publicized, I don’t know, but we’re looking into it.”

“I think you should really reconsider who you are representing and who you are supposed to be taking action for.”

The CAMSR report was released online during the open session of the BoG meeting.

“They haven’t held any sort of open consultation. We asked them to release the report in advance, so that people could at least look at it and correct any errors, or have a discussion about its validity, and they refused to do that,” Perry noted in an interview with The Daily.

“Not a unanimous consensus”

McGill first refused to divest in Spring 2013, when CAMSR ruled not to divest from fossil fuel companies, citing inadequate evidence of social injury.

In February 2015, Divest McGill submitted a second petition to CAMSR. The report outlined “extensive evidence of grave social injury committed by the fossil fuel industry” and called on McGill to divest from 35 fossil fuel companies, including Exxon Mobil, BP, and Suncor Energy.

Since then, CAMSR has met on nine separate occasions, four of which involved representatives of Divest McGill. Members of the press were invited to only one of these meetings.

“It was not a unanimous consensus,” Cobbett added.

The open session was preceded by an hour-and-a-half-long closed session, wherein the BoG received and voted on the recommendations set out in the CAMSR report, dated March 17.

While CAMSR’s report did not recommend divestment, it set forth alternative recommendations, which included “looking at opportunities for, and supporting, sound investments in alternative (renewable) energy firms, alternative technology development and commercialization.”

Cobbett also highlighted the recommendation “that an investment committee be established within the endowment fund, loosely described as a ‘green fund’ so the donors who want to, are able to direct that their investments be made in ‘green’ investments.’”

“It’s classic greenwashing that we’ve seen across the board at other institutions, at other universities.”

“It’s infuriating to hear them go on about what they know is a bullshit ‘green fund.’ It’s classic greenwashing that we’ve seen across the board at other institutions, at other universities,” Duholke told The Daily.

“And for them to say it as if it’s a sincere and genuine move and not just something to cover their own ass and look like they’re engaging in sustainability initiatives is really demonstrative of how they think they can just silence us and that we will stop fighting once they give us these ridiculous gestures,” she continued.

“We’ve turned an important corner: no cuts,” said Fortier in reference to the provincial budget. “Not only are we not going to be subject to further cuts, but we will have modest, but nevertheless important, reinvestment at the level of 2.5 per cent for the next three years.”

The federal budget, tabled yesterday, will also see a $2 billion investment in infrastructure for colleges and universities as well as increased funding for granting agencies, said Fortier.