Between places and spaces

Articulating my identity as a mixed-race woman 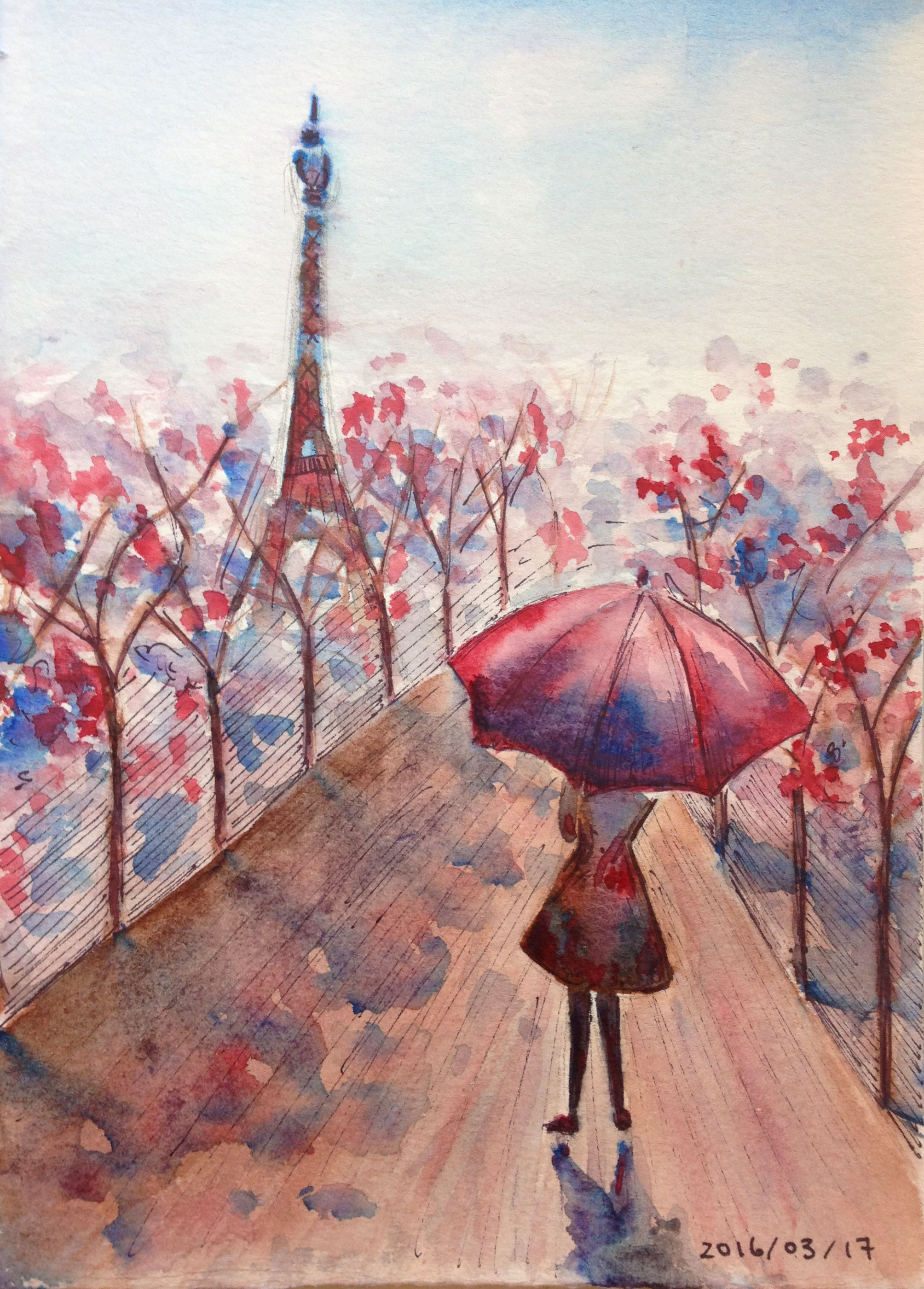 My identity as a mixed-race person is constantly changing, felt with different strength according to time and place.

Growing up in Paris, I knew I was not white and not French. Both of these facts were made very clear to me in social interactions, starting at school, where my non-French, non-white sounding name was frequently mispronounced in French mouths and misspelt in French writing. It was picked apart and made fun of, from maternelle (kindergarten) to lycée (high school). It was other and alien, just as I was.

I knew I was not white because kids shouted “ching chong” at me in the playground, because I cried when a boy made fun of my eyes, because I was ashamed of my dark hair, my “almond” eyes, and my very non-white mother, whose French I always made fun of.

This was also made clear when, at age 17, I applied for French citizenship. Just before I was handed the official papers, the woman who had been handling my case said to my father and me, “Have you considered changing your name? This would be part of your integration and assimilation into France.” (Sounds colonial as fuck, right?) “This is standard procedure for anyone with a name that doesn’t sound French. A lot of new citizens find it very helpful for employment opportunities, especially if their name sounds – you know – Arab.”

My father and I were both silent. I think it took us a while to process what she had just said. I was born in Paris and had lived there all my life. All of my education had been in the French system. French culture was what was most familiar to me, in terms of habits and practices. Did my name really mean more than all of these experiences?

Although I was raised in France, I wasn’t raised French. My father is British and was educated in London, but his mother was Italian and his father was Austro-Hungarian. My mother is also British, but only because she gave up her Philippine passport when she was naturalized as a British citizen, after having lived in London with my dad for several years. My upbringing was a mix of British pop culture, Italian and Filipino food, trips to the Philippines, and close relationships with my mum’s family – all in Paris, physically isolated from the places where all of these things came from.

When I arrived at McGill, people asked me all the time, “Where are you from?” Sigh. “I’m from Paris.” I’d say. “Really? You don’t sound French?!” Sigh. Oh, my family is actually British. “Uh? How does that work?” Sigh. “Well, if you you want the full fucking low-down…” And, a few minutes later: “Yeah, I figured you were a halfie.” This was the first time people had not labelled me as Asian, or Chinese, or another East Asian nationality. The concept of full and mixed race was new to me, after years of being asked if I was adopted when I was out alone with my dad, and years of people telling me I look just like my mum, which is highly debatable.

I had to think about what it meant to be mixed and, most importantly, being perceived as mixed-race Asian (even though a completely wrong guess at my ethnicity would crop up from time to time). In addition to this, I was being introduced to anti-racist language and so-called rad spaces. These tools finally gave me the chance to express my identity in ways I couldn’t even fathom back home in Paris. This is how I came to identify as a mixed-race woman of colour, constantly racialized and constantly reminded of the colonial powers toying with my identity.

After my first year at McGill, I flew home to Paris for the summer. Suddenly, I felt erased and silenced in ways I had not felt before. I didn’t have the language I use in English to say things like gendered, woman of colour, racialized, or mixed-race.

The main obstacle to the expression of my identity in French is the way in which race is conceptualized in France. Race is seen as non-existent – not only inexistent as a biological trait, but also in the sense that even the social construction of race is not viewed as real, because admitting to any kind of existence of race would somehow be racist, according to French society. The word “race” was recently taken out of the French constitution, supposedly to fight racism.

Furthermore, institutions like the Académie Française mandate what new words are permitted (or not permitted) to enter the French language, which creates a classist barrier for marginalized people who want to contribute to the shaping of national discourse on race and identity. These are just some examples of how French citizens are prevented from credibly voicing their racialized identities and their experiences with racism.

France’s motto is, after all, “liberté, égalité, fraternité.” We, as French citizens, are equal under the eyes of French law, but this equality is premised on sameness, which is required in order to really become a regular French citizen. One must put aside their cultural, religious, ethnic, or racial identities for the sake of being a French citizen – unless they are white and Catholic, characteristics which are seen as the ‘normal’ or default description of a French citizen. No moniker of multiculturalism here.

How then, as a person whose identity has come to mean so much, can I possibly return to the place I (reluctantly) call home? It’s where my cat is, where the apartment in which I grew up is, and my family lives there. When I’m asked where I’m from, Paris is my answer. I’m from a place that rejects my identity and stifles my articulation of it. I know that there are rad anti-racist communities in Paris, but they are mostly occupied by people whose experiences with racism and the French state have been so much more violent or criminalized than mine. I had the privilege of growing up in a very upper-class area of Paris in a middle-class liberal family. I’m not interested in appropriating a space that is not mine.

But even when I’m with my family, these conversations are very difficult to have. My mum doesn’t like hearing me say that I feel oppressed or that I’ve experienced racism. She says I shouldn’t think about it, and should brush it aside and think about all the great opportunities provided to me just from being raised in France. Aside from the paternalistic undertones of my mum’s assumptions about the French state, even if I am thankful for free education and accessible healthcare, that shouldn’t stop me from being actively critical of the systems and institutions I was born into.

Where do I fit in as a mixed-race woman? I’m not white, not truly Asian/Filipina. Where do I fit in terms of culture? I can never say I identify with French culture, because French culture has never wanted to identify with me. What do my citizenships even mean? I hold both French and British passports, but I’ve never lived in the UK, and the French state seems determined to undermine how I express my identity.

Finally, in terms of language, although I’m bilingual, I can’t express myself like this in French. I just wouldn’t know how, which is why I’m writing this for The Daily and not Le Délit. Does this mean that whenever I’m in a francophone environment, I just have to put my identity aside? Not really interested in that either.
Here lies the crux of my dilemma. My existence and identities are caught in between spaces and places, as dramatic as that sounds. Reconciling this is going to be difficult, and maybe impossible, but why the fuck is it up to me to do all this work to make myself fit into these spaces and places that have rejected me?

Through the absence of nuanced language to refer to people whose identities are equally nuanced, the French state systematically excludes anyone who doesn’t fit the mold of the ideal French citizen.

Francesca Humi is a U3 International Development Studies student. To contact her, email francesca.humi@mail.mcgill.ca.