Abby Stein tells students, “you are not alone”

Stein shares her experience to help others struggling with gender identity 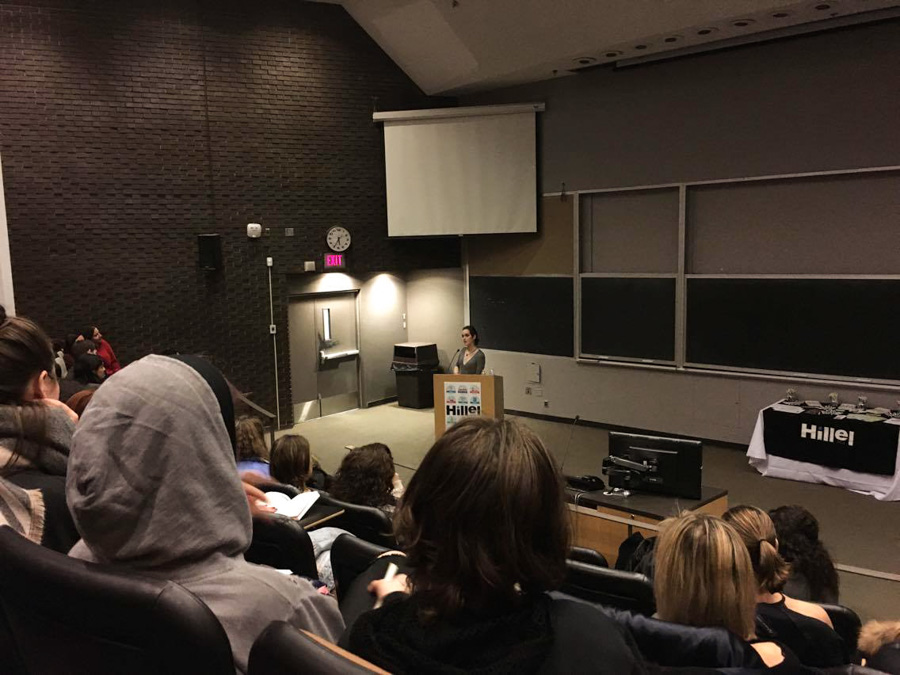 On March 14, around 150 people gathered in the McIntyre Medical building to attend a speech given by Abby Stein, a trans woman studying Women’s and Gender Studies at Columbia University.

Stein came out as a trans woman through her blog The Second Transition in August 2015. Her posts about her struggles with gender identity as a woman from an ultra-orthodox background have gone viral.

At the event, Stein spoke about her childhood in an orthodox Hasidic community in New York City and how the community’s seclusion affected her experience as a trans person.

She told the audience, “I didn’t even know any gay people. The only way I knew gay people existed was because around 2005, when the battle for gay marriage started in New York, there were some people in the community who started fighting it.”

“Even in very sheltered communities where they don’t know anything, [information] has to get out, and it has to get in.”

After she came out as a trans woman, Stein realized that this would impact not only her life, but also other trans people in orthodox communities.

“Even in very sheltered communities where they don’t know anything, [information] has to get out, and it has to get in. People in the community should know that,” Stein said.

In an interview with The Daily regarding her outreach work, Stein said, “The main reason – and it’s the same reason why I’ve been doing a lot of outreach work – is first of all, just the fact of getting people to talk about these topics. […] I would say the main part is the gender transition, but it’s also about raising awareness about the ultra-orthodox community,” she said.

“I would say the main part is the gender transition, but it’s also about raising awareness about the ultra-orthodox community.”

Stein added that she is also speaking “for the Jewish community specifically, as well as the entire student community in general about these issues. As much as we think that there’s a lot in the media right now, a lot of it is misrepresented. I feel like it’s always good to hear from another student. I don’t think I have any authority here. I’m not coming here as a public figure, I’m just coming here as a student to talk to fellow students,” she said.

When asked about the main message she wants to give students facing similar difficulties to those she has experienced, Stein said, “For students who are struggling, the most important message is to know we are here.”

Stein continued, “Your feelings, emotions, whatever you feel, they are valid, you are not alone. […] Everyone is different. […] I haven’t seen two exact same trans stories. We are all here, we understand and there are so many people who would like to help.”

“For students who are struggling, the most important message is to know we are here.”

Joanna Halpern, a U3 Software Engineering student at McGill and one of the organizers of the event, told The Daily, “So many of us have different identities. Each one is unique and each one needs to be figured out and focused on. Abby is such an inspiration [for] being yourself and finding who you are. It’s a journey, it’s a process.”

When asked what she thinks McGill students’ role as allies should be, Halpern responded that it’s to “show that you are accepting and you’ll accept everyone however they are.”