“Silent resistance” by profs to employment equity discussion at Senate

Administration pushes back against request for earlier release of course outlines 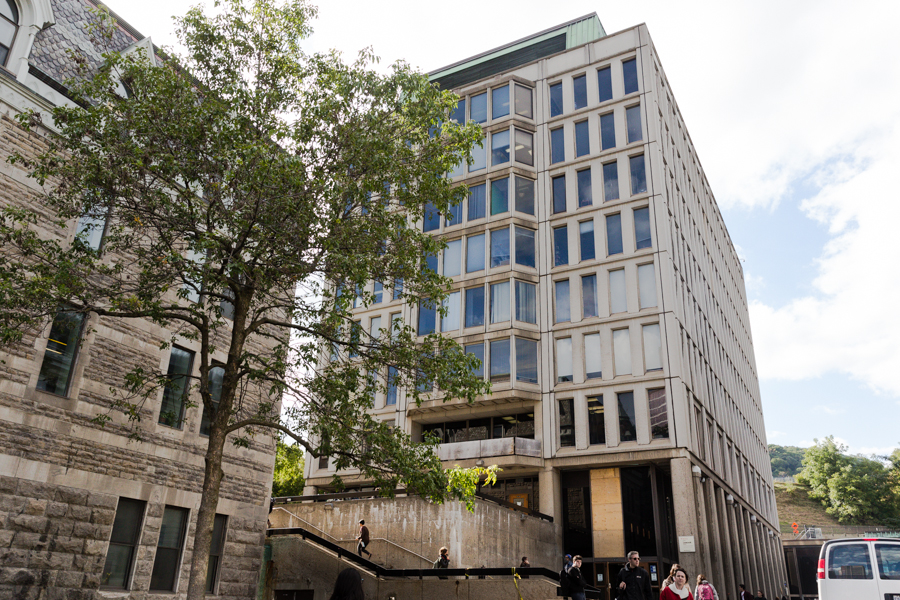 McGill’s Senate convened for its second meeting of the year on February 17. Senate met to discuss, among other things, a question regarding course outlines and the state of employment equity at McGill.

On Senate’s agenda was an open discussion regarding employment equity at McGill. A working group had previously been created to prepare a report, which was completed in August 2015.

At Senate, the working group sought feedback on three questions: what milestones McGill should set for itself, whether it is time for McGill’s Employment Equity Policy to be reviewed, and what initiatives should be pursued to improve equity outcomes in recruitment and retention.

According to the working group’s report, “While the Employment Equity Policy has been in place for nearly a decade, [McGill’s] tenure track professoriate has not become noticeably more diverse, despite some improvement in women’s representation.”

Since 2008, the proportion of tenure-track professors who are women has increased from 17.3 per cent to 20.5 per cent, corresponding to a net increase of 16 people. At the same time, the total number of employees self-identifying as Aboriginal has actually gone down from 17 to 16.

“I was hoping for a really cross-McGill, cross-faculty, cross-department sort of discussion. […] I didn’t really see that happen.”

One senator asked if the reason why the numbers haven’t been increasing may be that people from the designated groups were not applying for positions, saying “that could be a major impact in our ability to diversify.”

In response to this question, Science Senator Marina Smailes said, “I think that it would be potentially something of a target to also include recruitment processes, if we are actually going out and specifically targeting people in order to have those relevant number of applicants.”

In an interview with The Daily, Students’ Society of McGill University (SSMU) VP University Affairs Chloe Rourke said, “There is certainly a misconception that there aren’t qualified candidates, particularly of colour, but also in general from those designated groups. There are qualified candidates from those designated groups. McGill, just for whatever reason, isn’t recruiting them or hiring them.”

Also speaking to The Daily, Arts Senator Alex Kpeglo-Hennessy said, “I was hoping for a really cross-McGill, cross-faculty, cross-department sort of discussion. […] I didn’t really see that happen.”

“For the most part I would really say that the administration, it seems to be moving in a very positive direction very quickly. But, at the same time, there is a lot of silent resistance from professors and departments. It was really disappointing to not hear from deans or professors as often. […] It was very much all students and the [Associate Provost (Policies, Procedures and Equity)] talking,” Kpeglo-Hennessy continued.

The question asked whether “methods of course evaluations could be added to course descriptions,” and whether “the University would be willing to ask for tentative course outlines that include basic information such as a breakdown of assignments.”

The preambulatory clauses to the question noted that “the Charter of Student Rights only requires that course outlines be made available to students within the first week of classes in each respective term,” and “the McGill eCalendar contains no information on methods of evaluation within classes.” Further, “MyCourses opens access to course materials on the first day of classes, and only to those registered or on the waitlist of a class.”

“If we are able to pick and choose our semesters to understand the course loads that we’re putting ourselves into, students will be able to prevent some of the stress and inability to complete work that comes in the middle of the semester.”

In his written response, Dyens said, “Asking for definite course syllabi nine to twelve months in advance of the start of the course would not allow most professors to include the most up-to-date research in their courses,” and would also prevent professors from incorporating student feedback from the previous semester into a revised syllabus.

“There may be so many things changing in the course outline, the added value to the students would be much less than the detriment,” Dyens said.

Faculty of Education Senator Alenoush Saroyan added, “As a professor, I don’t think assessments should drive learning. Learning should be for the sake of learning. You also don’t want professors recycling outlines that are ten years old. Syllabi should be refreshed every year – I need to think about who my students are, and I can’t do that nine months in advance.”

In an interview with The Daily, Kpeglo-Hennessy said, “At the moment, students are forced to pick their courses largely based on the name of the course and a two -sentence description. That’s really not sufficient when you’re planning a degree.”

To Kpeglo-Hennessy, this is also a matter of increasing accessibility to courses. “At the end of the day, if we are able to pick and choose our semesters to understand the course loads that we’re putting ourselves into, students will be able to prevent some of the stress and inability to complete work that comes in the middle of the semester,” he explained.