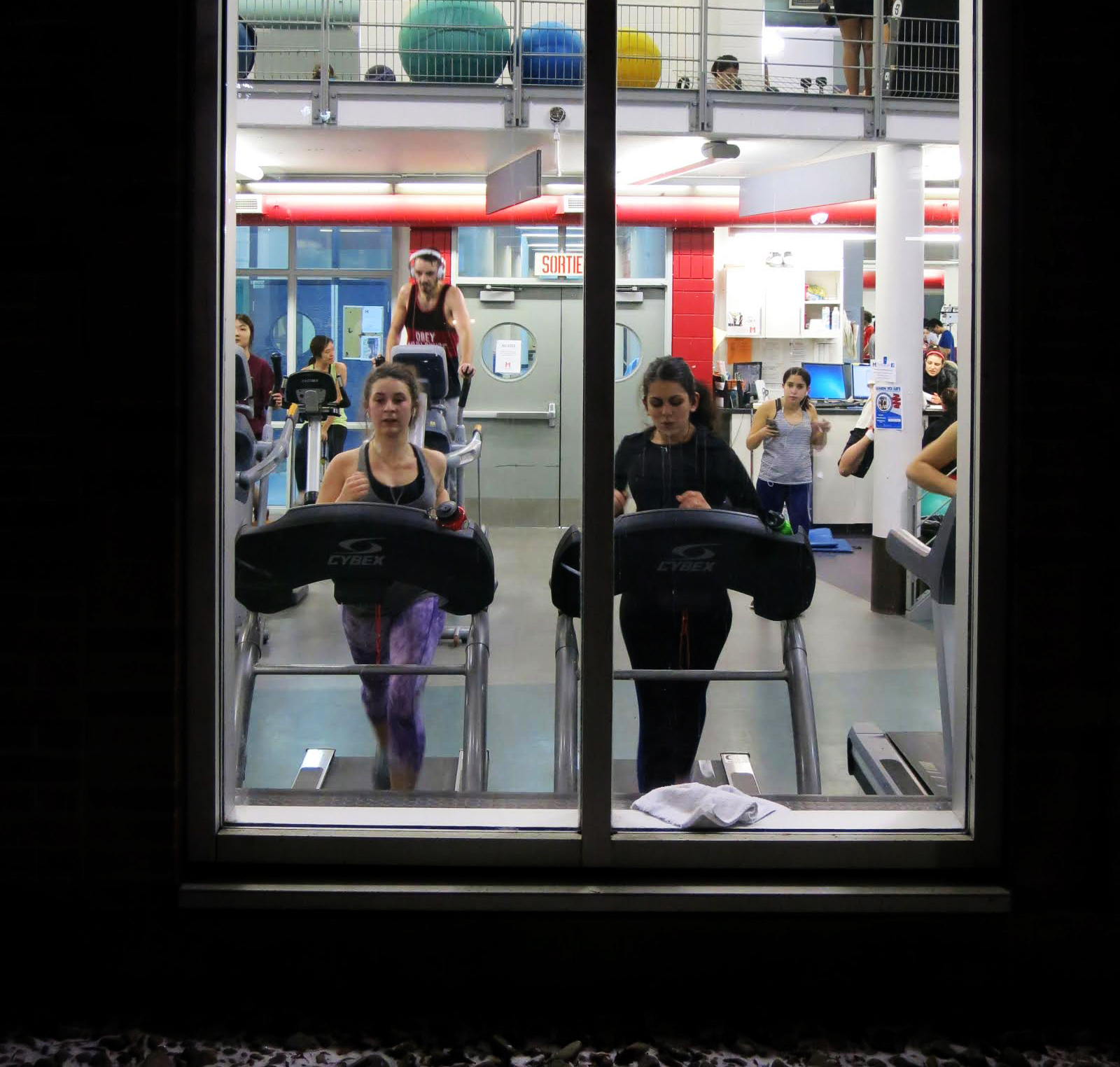 After news broke a year ago that a couple of students were in talks with the McGill Athletics Center about the possibility of women-only gym hours, the Spotted McGill Facebook page became a battleground of reactionary rambling over the potential exclusion of men from the fitness centre for 4 hours of its more than 100 weekly hours of operation. While the social media fuss has died down, the issue that prompted the request still remains, and we need to talk about it.

Law students Soumia Allalou and Raymond Grafton had met with McGill Athletics and Recreation Assistant Director Jill Barker and had been approaching a compromise about women-only hours at the Varsity Weight Room, which would avoid disrupting regular gym hours. However, after the initial backlash, Deputy Provost (Student Life and Learning) Ollivier Dyens, along with Drew Love, former executive director of Athletics, arranged a meeting with Allalou and Grafton. Soon after, Dyens published a statement that effectively shut down the possibility of further negotiation on the matter. It was a predictable result in a society steeped in dogmatic secularism and anxiety about ‘reverse sexism,’ and one where white men decide the needs of women of colour.

“McGill is a community where every form of diversity (cultural, linguistic, gender, religion, et cetera) is celebrated and encouraged,” the statement read. These are all very noble goals, but this “celebration” and “encouragement” seems to be only concerned about a certain type of diversity defined by white men and aimed at generating brag-worthy statistics for the university. To “celebrate diversity” while refusing to create accommodations for the needs of “diverse” students is hypocrisy.

Dyens, unfortunately, does not appear to have an adequate understanding of why diversity should be encouraged in the first place: to improve equity. He asserted in his statement that, “Most people don’t want us to segregate our services.” Equity, however, is not about appealing to majorities. Not everyone starts from an equal ground of opportunity, and meaningful action to combat this requires acknowledging this inequality and actively treating people differently. Making up for inequalities may be unpopular, but that doesn’t mean it shouldn’t be done.

The case for women-only hours

At the University of Toronto and Ryerson University, both of which have women-only gym hours, statistics have shown that usually low female participation in certain athletic facility spaces increases notably during times scheduled exclusively for women. A school like McGill that is supposedly committed to “diversity” should be looking for ways to improve women’s access to athletic spaces and overall fitness. Women-only hours are an obvious way to do so.

There are a variety of reasons why women, in general, don’t exercise as much as men. Because women are subject to unattainable and ever-changing standards of beauty, which can make many feel self-conscious about their bodies in the gym. Because athleticism is men’s domain and an assertion of masculinity, and successful women athletes are derided as “masculine.” Because women’s fitness magazines give more advice about achieving bikini bodies than getting stronger. Because women who even dare lift weights are warned against getting “too bulky.” Because women often have less leisure time, being expected to perform childcare and additional chores after work while men unwind and fit their workouts in. Because some Muslim and Orthodox Jewish women adhere to dress codes that prevent them from exercising in co-ed settings.

The toxic environment of many gyms and athletic facilities does not exactly help this situation. After a semester of being around jocks who grunted as hardly as possible for absolutely no reason, slammed their barbells on the floor, chuckled at me squatting 30-pound “women’s bars,” commented on my form and the muscles I “should” be working, stared at me as if they were thinking “What the fuck is she doing here?” and left their personal items all over the place to assert their space, I gave up on the gym. I used to think I made this up in my head, but since then I have talked to so many other people who have had similar experiences being intimidated and alienated by the gym’s hypermasculine atmosphere.

I admire women who are not bothered by being in a space immersed in toxic masculinity, I really do. But I would also like to remind them that, the mere fact that a particular policy is not useful to them doesn’t reduce its value to others. Yes, the gym is open to everyone, but women – particularly women of colour, according to the BC Recreation and Parks Association – tend not use it as much. Ignoring students’ gender and race instead of acknowledging that they have been made to feel unsafe on the basis of these identities does not, in any way, fulfill the goal of the office of Student Life and Learning at McGill, which is to create “the best, healthiest, and most stimulating environment possible for students to succeed.”

In his statement, Dyens said, “We do not believe in the segregation of our services.” First, this phrasing has unnecessary racial implications, and I’m sure the intended effect was to make people automatically uncomfortable. Invoking any sort of comparison or allusion to Jim Crow is abominable – requiring closed spaces for the empowerment of a marginalized group is very different than intentionally and violently oppressing Black Americans.

Second, the gym is already ‘segregated’ in a sense, as a disproportionate number of men dominate the weights section and create an uncomfortable environment for women. As such, the argument that women-only hours would require a men-only counterpart makes no sense – in practice, this is basically what we already have. This is as bizarre as saying that having Gay Pride necessitates Straight Pride – every day is Straight Pride.

In his statement, Dyens claimed that the University would continue efforts to “create the best, most open, and safest environment possible, where everyone is treated equitably.” I would be exhilarated if our administration were indeed invested enough in combatting the effect of dominant masculinity in student spaces to actually take concrete action to do so. However, I am a bit skeptical of the administration’s commitment to such a goal beyond the existing zero-harassment policy at the gym. As it stands, women, particularly women of colour, are being systematically excluded from the gym. Women-only gym hours may be a band-aid solution, but band-aids still help.

So, I would like to ask McGill to be honest with us. The University can’t continue to parade images of hijabi and brown women on its website and brochures for an empty label of “diversity” while it dismisses their concerns. You just can’t have it both ways.

Paniz Khosroshahy is a U2 Women’s Studies and Computer Science student. To contact her, email paniz.ksy@gmail.com.