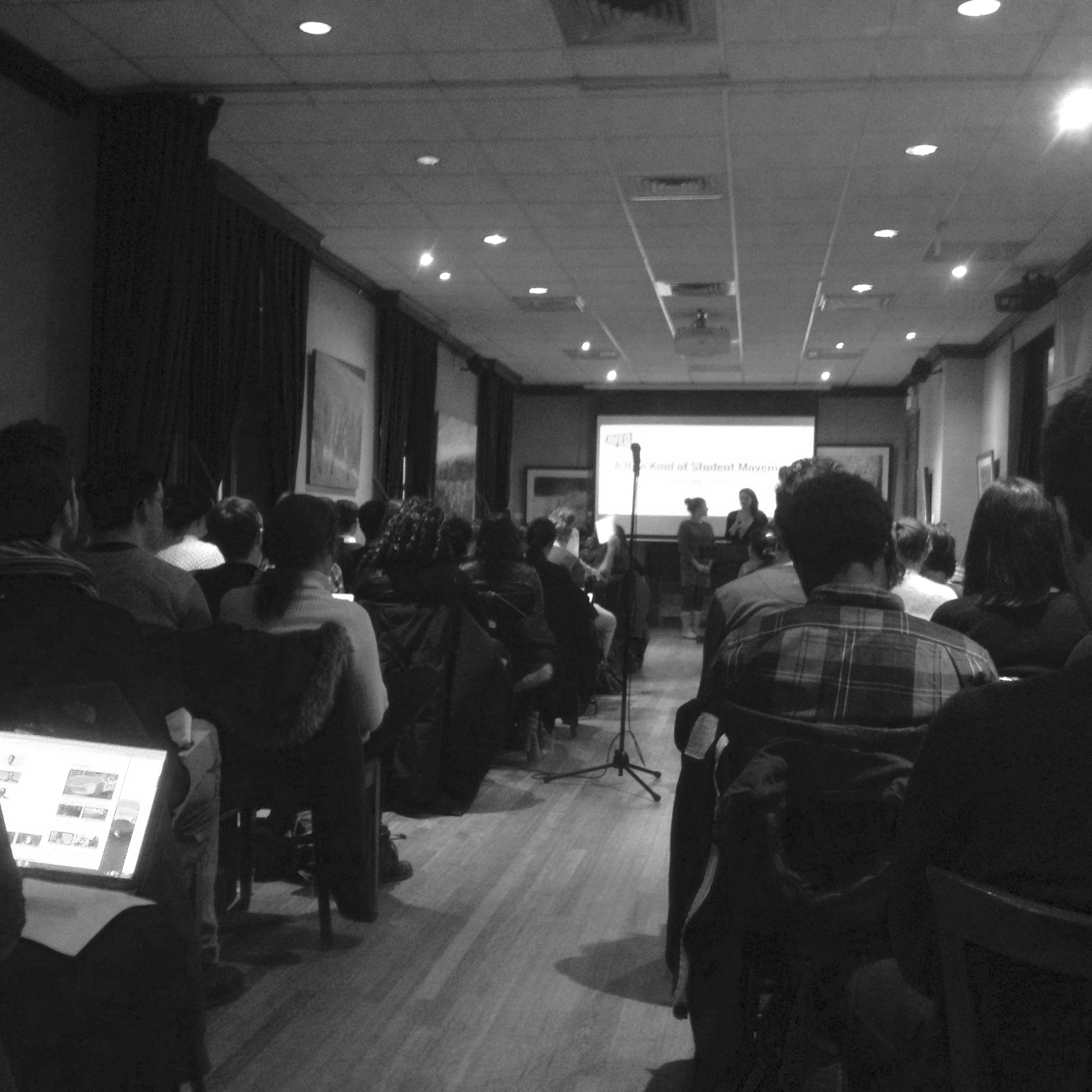 The main difference between the two student federations is their voting systems. The voting system at AVEQ is based on the concept of one association, one vote, while the UEQ voting system is a double majority system.

“In decision-making, if you don’t have large numbers, you might be eclipsed.”

Guerrieri argued that the voting system was a drawback to joining UEQ, saying that “in decision-making, if you don’t have large numbers, you might be eclipsed.”

PGSS Equity Commissioner Régine Debrosse asked Aubry and Girard what UEQ would do to adequately represent anglophones, considering the anglophone bent of AVEQ.

Girard emphasized that documentation is sent to members in both languages. He also noted that member associations will receive documents 45 days before a caucus, which means “anglophones and francophones will be equally prepared.”

A date has not been set for when PGSS will vote on which federation to join.

PGSS Member Services Officer Brighita Lungu presented a budget fact sheet to Council. In introducing this fact sheet, Lungu warned, “You’re going to hear two different opinions, one from me and one from the Financial [Affairs] Officer [Behrang Sharif].”

Lungu reported that PGSS will have a $40,000 surplus by the end of this academic year. She added that she believes this surplus exists because “we’ve been hearing bankruptcy all year and that does not encourage anyone to spend anything.”

The Special Projects budget line is projected to have a running deficit of $277,779 by the end of this academic year. However, Lungu, claimed that this deficit was accumulated over seven years, and that, “that money was not lent so we don’t owe money to anybody.”

Sharif, however, responded by first declaring his opposing belief that the budget fact sheet was entirely inaccurate, remarking, “This sheet is not a fact sheet to my understanding of the budget.”

“We’ve been hearing bankruptcy all year and that does not encourage anyone to spend anything.”

When councillors questioned where such a large deficit came from, Sharif revealed most of it came from a cheque written in 2015 for $523,000, “because of a legal case” between PGSS and the Canadian Federation of Students (CFS). The litigation was part of a protracted struggle between the two entities, which eventually led to PGSS’s disaffiliation from CFS.

In the end, Council decided to end the discussion due to time constraints, with a decision for the executives to formulate a report regarding these budget questions for the next Council meeting.

A motion was brought to Council regarding the creation of two new gender-neutral washrooms in Thomson House.

Debrosse introduced the motion, emphasizing, “Thomson House is striving to be a more inclusive space [and is listed] as one of the five or six buildings [on campus] that has gender-neutral washrooms.”

This article was updated following the Council meeting.