do it reforms static visual arts 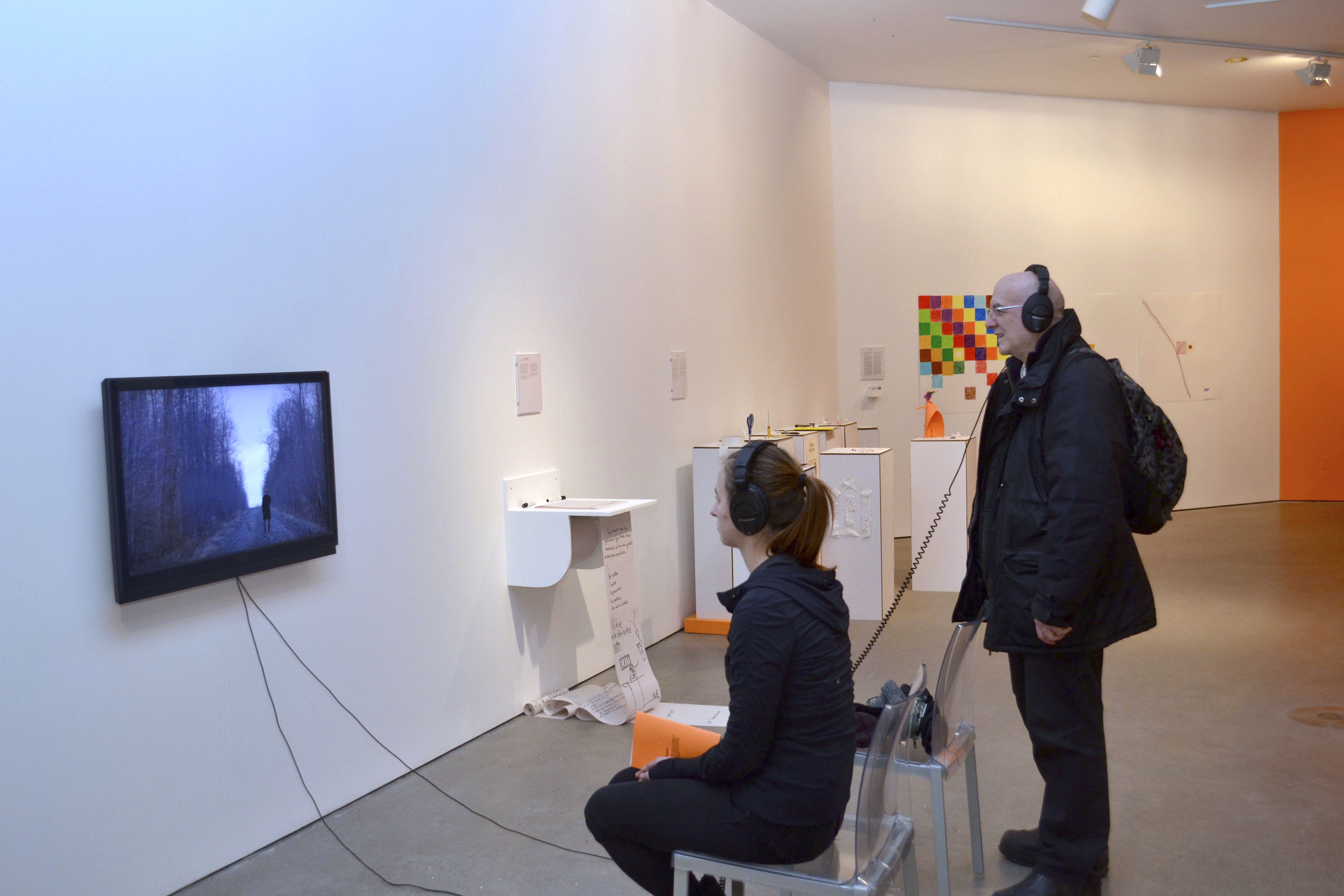 The modern museum is anything but neutral. Many of us focus on the beauty of art, forgetting that it is always produced within specific material circumstances. The decision of institutionalizing some forms of art over others, within the walls of the “white cube,” is governed by economic and political choices which determine the value of works of art. These limitations of envisioning museum space have been continuously questioned since the early 20th century, and by the 1960s many artists started to take an active stance in deconstructing the exhibition space in which their art was shown. If the museum could no longer be said to have authority on what constitutes as art, then who does?

do it toys with this question. Curated by Hans-Ulrich Obrist and urrently stationed at Galerie de l’UQAM the travelling exhibition involves a display of instructions given by specific artists, that the viewer can choose to follow or ignore. Many of the instructions were produced by local artists, and some instructions designed elsewhere were interpreted by participating artists in Montreal. The installation’s at once global and site-specific nature situates it at a very distinct place in the spectrum of contemporary art exhibitions.

The display is a product of collaboration, arguing that works of art can and should be participatory. Obrist began the project in mid-1990s, when numerous instructions for creating art were disseminated internationally, in nine different languages. Since then, hundreds of artists have offered their interpretations of artistic vision; and the meaning-making of instructions is ongoing. In addition to artists generating new contexts, the moments of encounter between the viewers and the art area is crucial to participatory art. do it facilitates these encounters by inviting viewers to occupy the exhibition spaces and asking them to complete tasks that physically transform it. Viewers are invited to draw on the walls, to make noise, and to take notice of each other while they do all of these things.

For one piece, photographer Vincent Lafrance was assigned to walk the streets of Montreal and follow local artist Chih-Chien Wang. Mario García Torres, the instructor, wrote the directions a decade ago, and now they are being completed by an artist in Montreal. The oddities of the actual mission aside, it enables a spatial and temporal connection between the artist who gave the instructions, the artist who interpreted it, and the viewer. Notably, the meaning of “artist” is slippery, as it rests unclear who produced the final product: the instructor, the performer, or the artist who was being followed. Lafrance filmed the process of materializing García Torres’s instructions, producing a documentary for the exhibit. In this way, the do it appears to be self-referential, based on the specific instructions propagated by Obrist two decades ago.

Ironically, there is only one name consistently attached to do it, and it is that of Obrist. More and more often, curators interpret the spatial and temporal conditions of the contemporary art exhibition in such a way that they themselves become artists. Ultimately, do it can be read as an artwork in its own right, with Obrist being its curator-as-artist.

While Obrist’s attachment to the exhibition ironically undermines some of what the exhibition is trying to do, namely, reworking the traditionally hierarchical artist-viewer dynamic, do it, still enables the viewer to experience aspects of artistry in an exhibition setting, in a fun and engaging way.

The exhibit demonstrates that neither the “final product” nor the identity of the “artist” is the point of the project. This idea is visualized in many of the installations, such as Michelle Lacombe’s piece “Please strike through my name wherever it appears in relation to this exhibition.” Instead, the viewer gets to decide whether a set of instructions should be followed through and to what end. Artists no longer have the final word on the real effect of the work. The meaning-making role has been transferred to the viewer.

do it runs until February 20 at Galerie de l’UQAM.