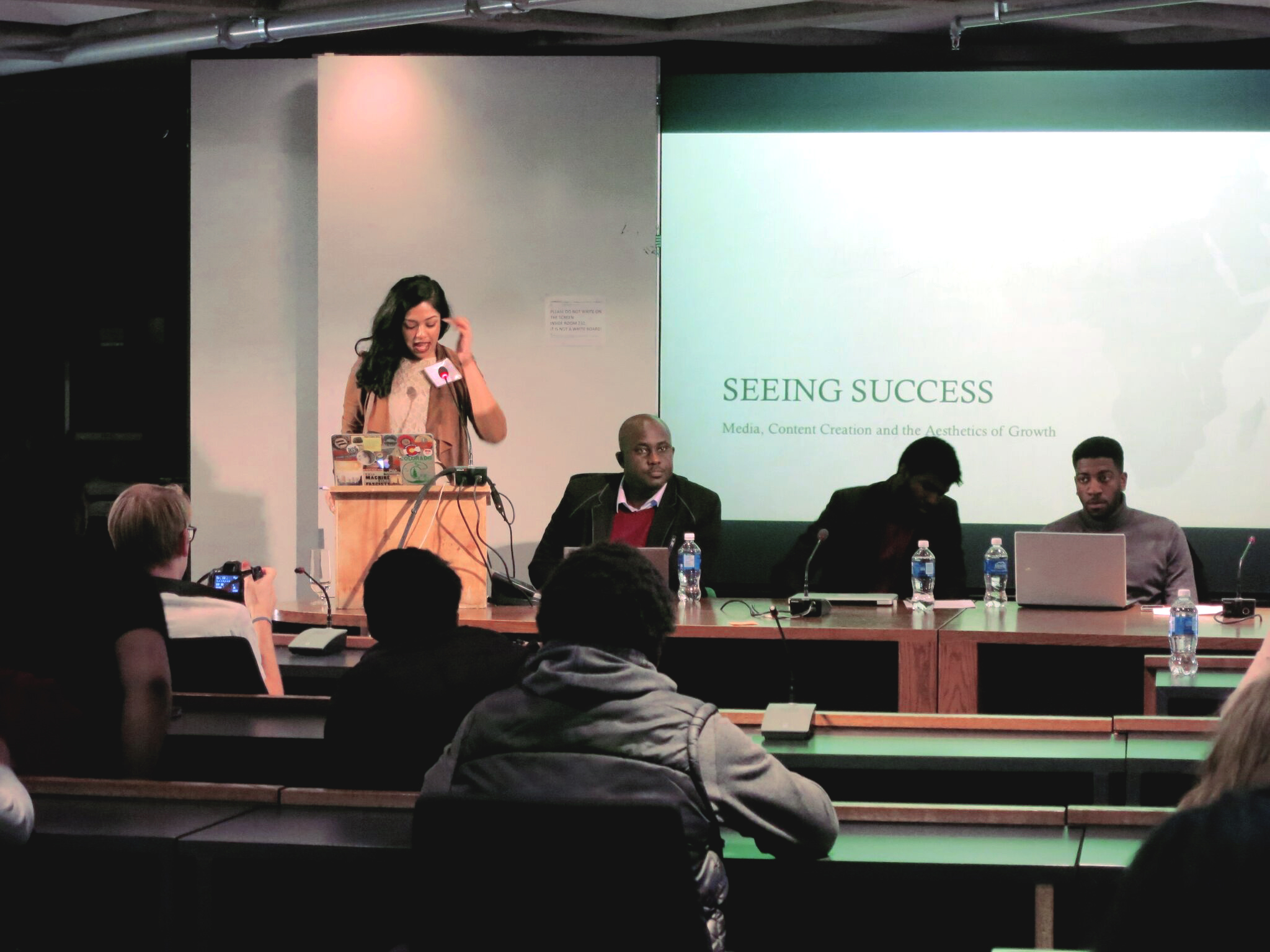 The convention spanned three days, from February 4 to 6, and included five events, centred on the theme of “‘Africa’ Interrupted: Switching the Channels of Development Discourse.” In addition to the discussion on media, three other panels were held, touching on topics of environmental activism, mental health, and academia in the context of Africa and development discourse. The series concluded with a keynote speech by Mukoma Wa Ngugi, author, activist, and assistant professor of English at Cornell University.

Marilyn Verghis, an International Development Studies student and MASS VP Education, spoke to The Daily about her involvement in organizing the event series.

“The concept was interrogating development through different lenses. We traditionally look at it through economics, through GDP [gross domestic product] growth, through state capacity, and by those measures, there are so many places in the ‘Global South’ that the European countries can characterize as ‘underdeveloped,’” said Verghis.

“What we’re trying to do is really challenge that assumption by measuring development in different ways and challenging the hegemonic construction of what it means to be a ‘developed country,’” she added.
Panelists at the February 4 event were Pius Adesanmi, director of the Institute of African Studies at Carleton University; Yann Jr. Kieffoloh, creator of the OVSWebTV channel; Wilfried Fowo, editor in chief of afrokanlife.com; and Djamilla Toure, the founder of SAYASPORA, a platform dedicated to highlighting the successes of African women and the African diaspora.

“We each have an image of what Africa is for us.”

The panel discussion revolved around the use of social media to reclaim narratives and construct counter-narratives to challenge Western stereotypes of Africa, as well as promote intra-African discourse.

“We each have an image of what Africa is for us,” said Toure. “It’s important to tell our stories, but to also acknowledge that all perspectives are subjective.”

Adesanmi addressed some of the most common narratives of Africa told in the media, such as the kidnapping of Nigerian schoolgirls by Boko Haram, and governmental corruption. He discussed the 2014 Ebola crisis, describing “how something that happened in four countries came to define almost the entirety of Black humanity.”

Apart from the media portrayals of negative events such as terrorism, disease, and poverty in Africa, panelists also problematized typically ‘positive’ portrayals of Africa, such as the optimistic development narrative of Africa’s economic and social progress, captured in the term “Africa rising,” which first gained popularity in 2007.

“When you search ‘Africa rising’ in Google, look at what comes up. […] You’d get to page three or four before you encountered your first African voice,” said Adesanmi.

“I think it’s really important that we own our stories,” Kieffoloh said in response. “We tend to show our culture, our history, in the [same] way that the Westerners do.”

“The concept of owning your own story and telling your own story doesn’t mean a refusal to acknowledge those kinds of [negative] stories and situations. […] It means resisting being reduced to just that,” added Adesanmi.

“We tend to show our culture, our history, in the [same] way that the Westerners do.”

Speaking to the importance of having such a conference at McGill, Verghis said, “There is often a lack of representation of people from the ‘Global South’ by themselves, and for that reason we really wanted to offer the convention – the entire series – as a means of reclaiming that space in this campus.”

Verghis continued, “The honest truth is that I feel development is understood in a very problematic way at McGill. I think the academic offerings try to kind of give space for alternative discussion, but students themselves really need to be the champions of that. They really need to interrogate beyond the classroom, beyond the required readings.”