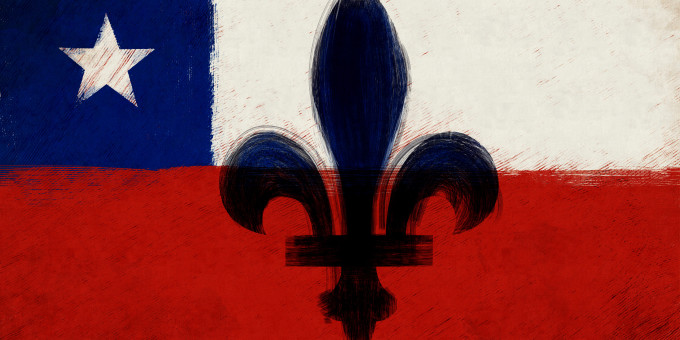 Panelists Suzanne-G. Chartrand, José del Pozo, Clotilde Bertrand, Carmen Gloria Quintana, and Mouloud Idir devoted a significant portion of the discussion to ways in which the Chilean immigrant community had become an integral part of social movements within Quebec and elsewhere abroad. The panel also explained the legacy of Quebec socialist movements of the 1970s and 1980s and their equally important roles in removing the Chilean dictatorship.

Chileans began to arrive en masse to Quebec in 1973, following the coup d’état that ousted and killed the democratically elected president Salvador Allende and installed General Augusto Pinochet for a 17-year military rule.

Del Pozo, a Chilean associate professor of history at UQAM, explained to the audience in French that Chileans integrated into Quebec society remarkably fast, indicated by the lack of a “Chilean ghetto” in Montreal, and the fact that “within one generation, Quebec began to see Chilean immigrants running for political office by 1990.”

Chartrand, a founding member of the Comité Québec-Chili (CQC), explained in French that a major part of the CQC’s activism at the time was informing and mobilizing Quebec’s unions and left-leaning political groups to take a stand against Pinochet’s regime by boycotting companies that profited from the disappearances and extrajudicial killings of the military dictatorship.

“Within one generation, Quebec began to see Chilean immigrants running for political office by 1990.”

According to Chartrand, the Quebec political sphere was a space where “the word ‘socialism’ certainly existed in 1973,” with many syndicalist groups working together for “a national liberation in the context of a social, socialist transformation, and this was relatively close to the project of [Allende’s leftist coalition] Popular Unity.”

This, Chartrand argued, explains how Chilean immigrants who supported Allende would have integrated themselves with relative ease into Quebec’s labour movement.

Chartrand also explained, however, that the CQC faced a challenge in terms of explaining to those mobilizing within Quebec that the problem was not just the coup d’état or Pinochet, but rather the complicity of “French, […] Canadian, American, and Japanese multinationals” with “American imperialism.”

The panel also included discussion of the Quebec socialist movement’s involvement in the Chilean struggle after the coup. Bertrand, who was the Québec solidaire candidate for Argenteuil in the 2014 elections and the former coordinator of the Centre internationale de solidarité ouvrière (CISO), spoke on the topic.

Bertrand explained in French that, just as Chilean immigrants to Quebec were willing to get involved with Quebec’s socialist political groups, Quebec socialists that supported “our grand comrade [and former president of the Confédération des syndicats nationale (CSN)] Michel Chartrand were eager to heed his call to help Chileans immediately following the 1973 coup.”

According to a 2002 study by the York University Latin American Research Group, this support took the form of pressuring the Canadian government to consider Chileans fleeing the violence as refugees. The study noted that this sent a powerful message to the rest of the world that Canada, a major trade partner of Pinochet’s Chile, was willing to recognize the crisis and welcome Chileans seeking safety.

The CISO and other Quebec labour groups were grateful for Chilean immigrants’ contributions to their struggles, said Bertrand. “The Chileans who came,” she concluded, “were a gift to Quebec.”