Students come together to discuss the question: “Who is God?” 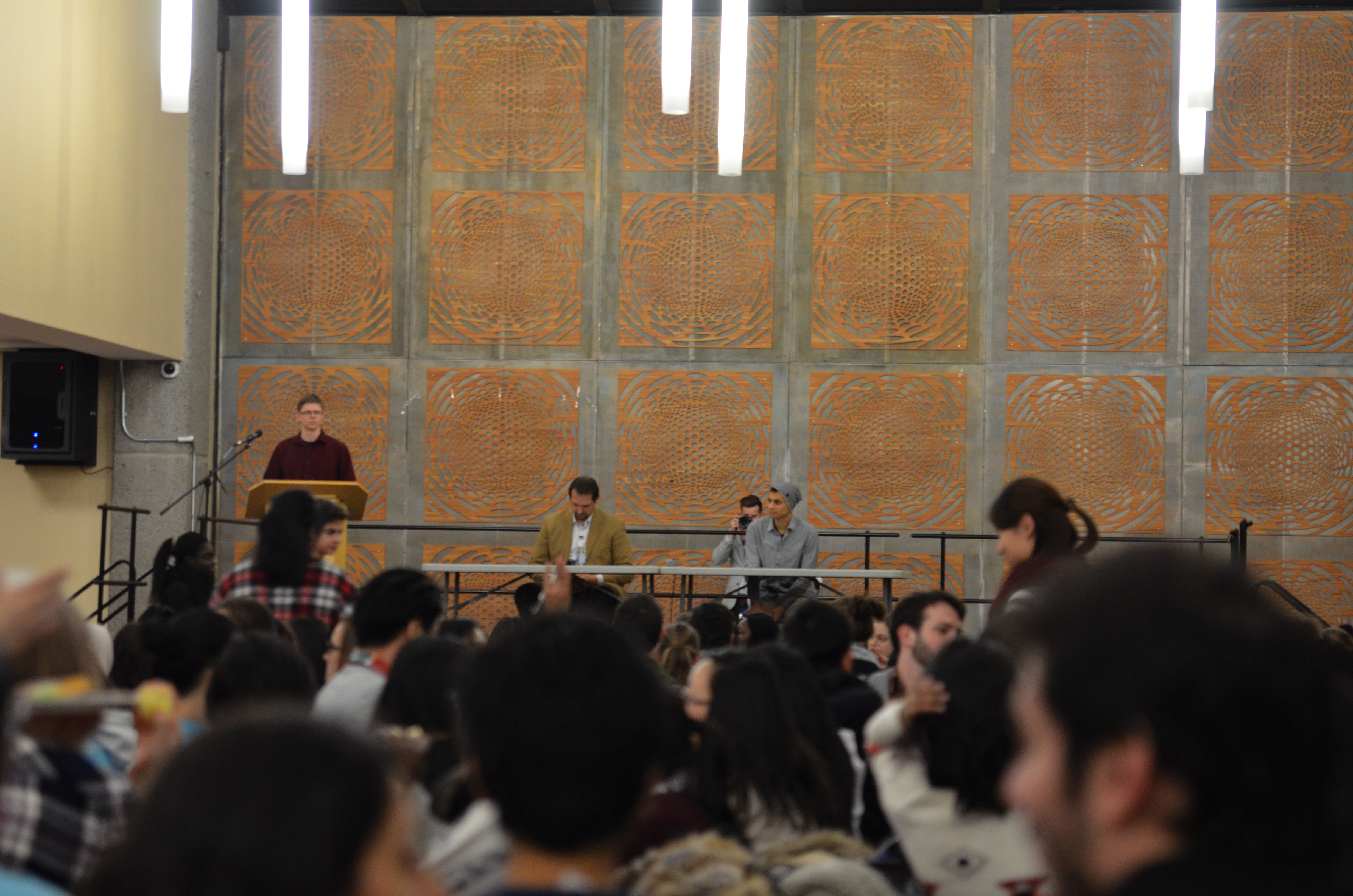 Over 100 students gathered at the Students’ Society of McGill University (SSMU) ballroom on January 20, where the Muslim Students Association (MSA) and a number of McGill Christian clubs (McGill Christian Fellowship, Newman Catholic Students’ Society, Power to Change, ICON, and International Student Ministries) organized an interfaith dialogue. The event was part of Uncover McGill, a week long initiative by Christian groups at McGill to discuss spiritual questions. Mohamad Jebara, chief imam and resident scholar at the Cordova Spiritual Education Center, and Abdu Murray, the scholar in residence of Christian Thought and Apologetics at the Josh McDowell Institute of Oklahoma Wesleyan University, came together to discuss the question, “Who is God?”

The interfaith dialogue focused on the conception of God in Muslim and Christian traditions. Underscoring some of the similarities between the two faiths, Murray reiterated the importance of positive interbelief dialogue, saying, “We can agree to disagree without being disagreeable.”

The dialogue brought together students of differents faiths, providing them with a platform to ask questions and discuss the differences and similarities of their beliefs.

When asked about the importance of interfaith dialogue, Armanda Megne Ekoga, a U1 Political Science and African Studies student who attended the panel, told The Daily, “There are still so many conflicts over religion, so it’s important for us to share thoughts and to share love just to know what other people think and keep the dialogue going.”

“It’s important for us to share thoughts and to share love just to know what other people think and keep the dialogue going.”

Jebara, an advocate of social responsibility and universal values, underlined the loving nature of God and stressed the importance of being “accepting and tolerant of diversity and difference.”

Francis Guruma, a Kindergarten Education student, agreed. “[Diversity] is a good opportunity to learn from other people [… and] to eliminate preconceptions and stereotypes. The more we learn from each other, the more we learn to accept [each other],” Guruma told The Daily.

Speaking to The Daily, Munema Moiz, a U3 Neuroscience student who is Muslim, said, “I think at McGill, we’re very lucky because there are a lot of events and they really try to create a sense of community. And I also think we’re lucky because Montreal is such a diverse city. As a Muslim, you can easily find other Muslims and show your culture and your faith.”

Jordan Weeks, an organizer of Uncover McGill, underscored the fact that interfaith dialogue has to be initiated by students. “The university is secular; it can’t take an official position on any of these questions,” Weeks said.

“But what we can do is hold a dialogue between people who genuinely hold these positions and will argue on behalf of them in a respectful and kind way, that’s not polemic, that’s not argumentative. That’s interfaith dialogue.”

Similarly, Sandra Yogendran, one of the co-organizers of the talk, believes such events “can unearth questions that people might not take the time to think about in the business of life and it’s an opportunity for people to find truth as well as find new friendships and learn about other perspectives.”