Students recall experiences with Office for Students with Disabilities

Students at McGill required to divulge diagnoses, despite York case 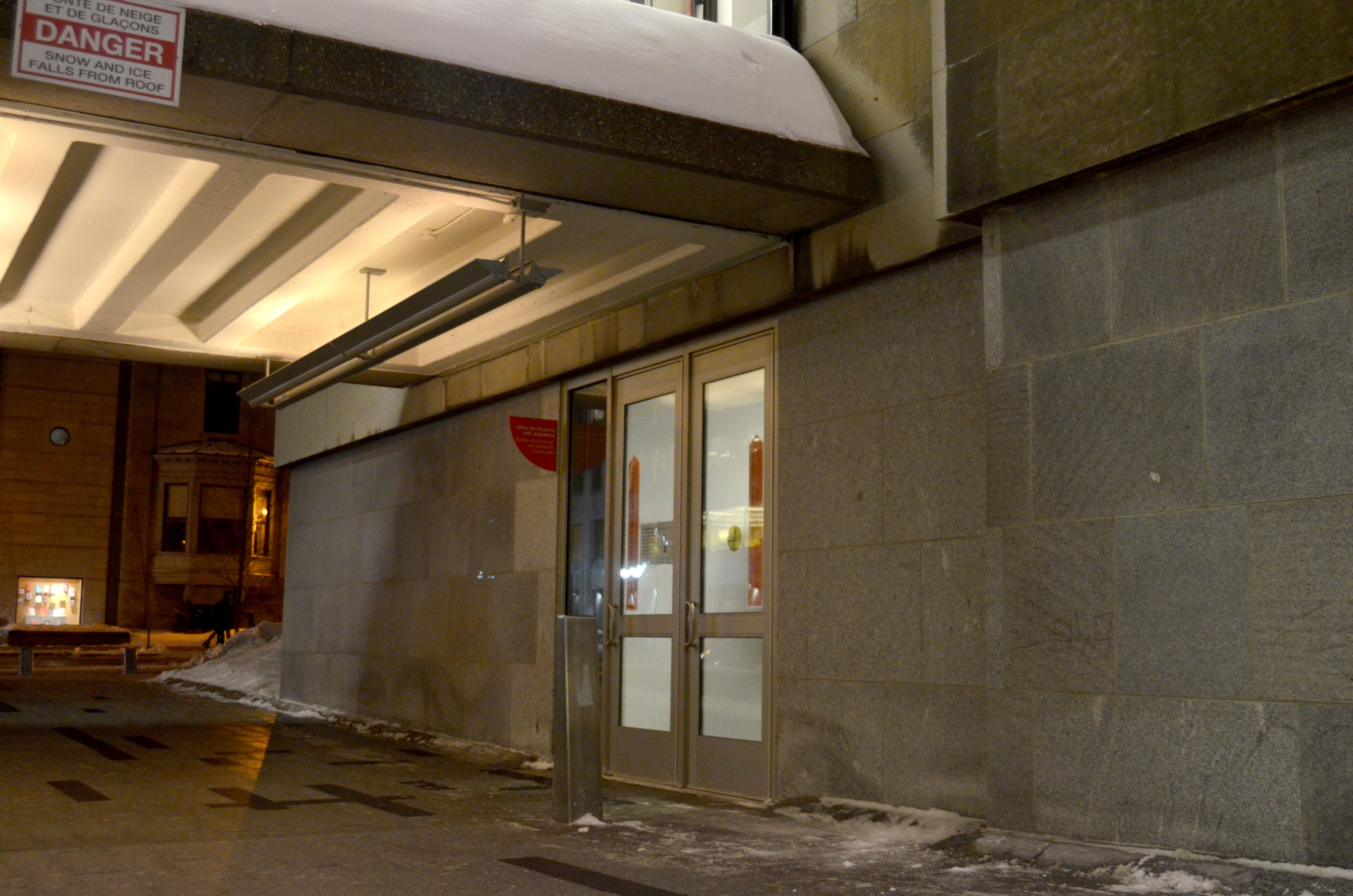 In early January Navi Dhanota, a student at York University, won a settlement against the university regarding the need to name and diagnose a specific mental illness in order to receive academic accommodations, among other issues. As a result, York students are no longer required to divulge a diagnosis to receive accommodations. At McGill, however, disclosing a medical diagnosis is still a requirement for such services.

Teri Phillips, Director of the McGill Office for Students with Disabilities (OSD), told The Daily in an email that “students are required by the Quebec government to provide documentation that confirms their eligibility for services,” which includes a medical diagnosis.

Dhanota filed a human rights complaint on the basis that denying students accommodations based on their lack of a psychiatric label was not suitable. However, York students will still require an assessment by a licensed doctor to confirm an existing condition before receiving accommodations.

“Students’ rights are violated because often students are [asked] to disclose diagnoses [to professors] in order to get those kind of accommodations.”

According to the Journal of Postsecondary Education and Disability, mental illnesses have become increasingly common among university students, rising by nearly 70 per cent from 2006 to 2011 at Ontario colleges. In an interview with The Daily, Students’ Society of McGill University (SSMU) VP University Affairs Chloe Rourke said that the OSD has “seen an enormous increase of students registering at their office, and a large part of that is mental health or mental illness.”

When it comes to accommodations for mental illness, Rourke said that accommodations decided between individual students and professors are a large problem.

Some students do not identify mental health issues as a disability and therefore don’t register with the OSD, so “there is a lot of discretion given to the professor and I would argue that is not good practice at all,” she explained.

Some professors may ask students to provide a note from a medical professional with a diagnosis, even though the students are not required to do so by any law or regulation.

“Students’ rights are violated because often students are [asked] to disclose diagnoses [to professors] in order to get those kind of accommodations,” said Rourke, calling the practice “unfair and inappropriate.”

Perspectives on the OSD

Jean,* a U2 Mathematics student, told The Daily, “[The] OSD has been more than supportive when it came to accommodating me.” He receives an extra twenty minutes for each hour spent on written assignments because of his sleep disorder and attention deficit hyperactivity disorder (ADHD), and writes exams in the OSD offices.

The only issue he encountered “was when a professor gave advice about a specific question to the class during an exam, but failed to notify [the] OSD of what he had said.”

“This lack of communication between professors and OSD staff is alarming, as a student’s grade on an exam can easily be changed by a few letter grades without the necessary information to write the assessment properly,” he continued.
U2 student Alex* told The Daily that she didn’t feel that the OSD always acted fairly.

“It seems as though I have to advocate for myself and I don’t have a support team with me,” she said. “The OSD itself will not tell professors to grant me spelling forgiveness or grammatical help. [… I have to] explain to each professor why I want it, and they have the right to tell me whether or not they can give it to me.”

“It becomes harder [to accommodate students] once the needs become specific. [The] OSD is set in their ways.”

Consequently, she said, some professors have not wanted to grant her these accommodations because they thought she was receiving “special treatment.”

Rourke also noted that there is “resistance in a minority of cases of professors […] almost to the point of being prejudiced against [people with] disabilities.”

Despite the accommodations provided to Alex, she said that this does not always put her on an equal level with other students. For instance, in one course with pop quizzes, she “wasn’t given extra time, nor a computer to type on, nor spelling forgiveness.” Additionally, if an in-class test only takes half the class time, the extra time the OSD provides her forces her to miss the rest of her lecture.

Jean agreed, adding, “it becomes harder [to accommodate students] once the needs become specific. [The] OSD is set in their ways.”
For example, because his sleep disorder means he can’t function as well in the morning, Jean sought an accommodation that would allow him to write exams later in the day, but he was unable to receive it “due to the way [the OSD] structures exam writing.”

Rourke emphasized that in the wake of the York settlement, she wants to see McGill have “an interim period where students can receive accommodations without having a medical note because they acknowledge there are lot of access barriers toward getting that documentation.”

She further added that there is a considerable waitlist for students for mental health services, and that out-of-province and international students face added difficulties in receiving a diagnosis, such as concerns regarding whether or not their insurance covers the doctor’s visit.

Rourke noted that the OSD was struggling with the increased demand. “I know that the advisors are very overextended and they’ve had to readjust their priorities accordingly,” she said.

Still, Rourke said that “most students […] are pleased with most of the services the [OSD] offers.”

“I know that the advisors are very overextended and they’ve had to readjust their priorities accordingly.”

However, Phillips said that wait times at the OSD typically do not exceed two weeks. She also added that while students work to obtain the necessary documents, “in most cases […] a temporary accommodation plan will be put in place.”

“The restrictive and prescriptive processes that might exist at some post-secondary institutions are not the reality at McGill,” Phillips continued.

Moving forward, Alex believes OSD advisors should work on keeping up relations with students who do register with the OSD. In her experience, the first advisor she met never followed up with her.

“You might meet with a million students, but you’re still supposed to be that [supporting] person, so you should follow up,” she said.
“If that student feels that they’re not getting the support they need you should make sure to help them. Because telling students to go to a writing centre puts a blanket over the whole issue, when in reality there’s a lot of holes.”