Council debates for an hour over wording of membership fee clauses 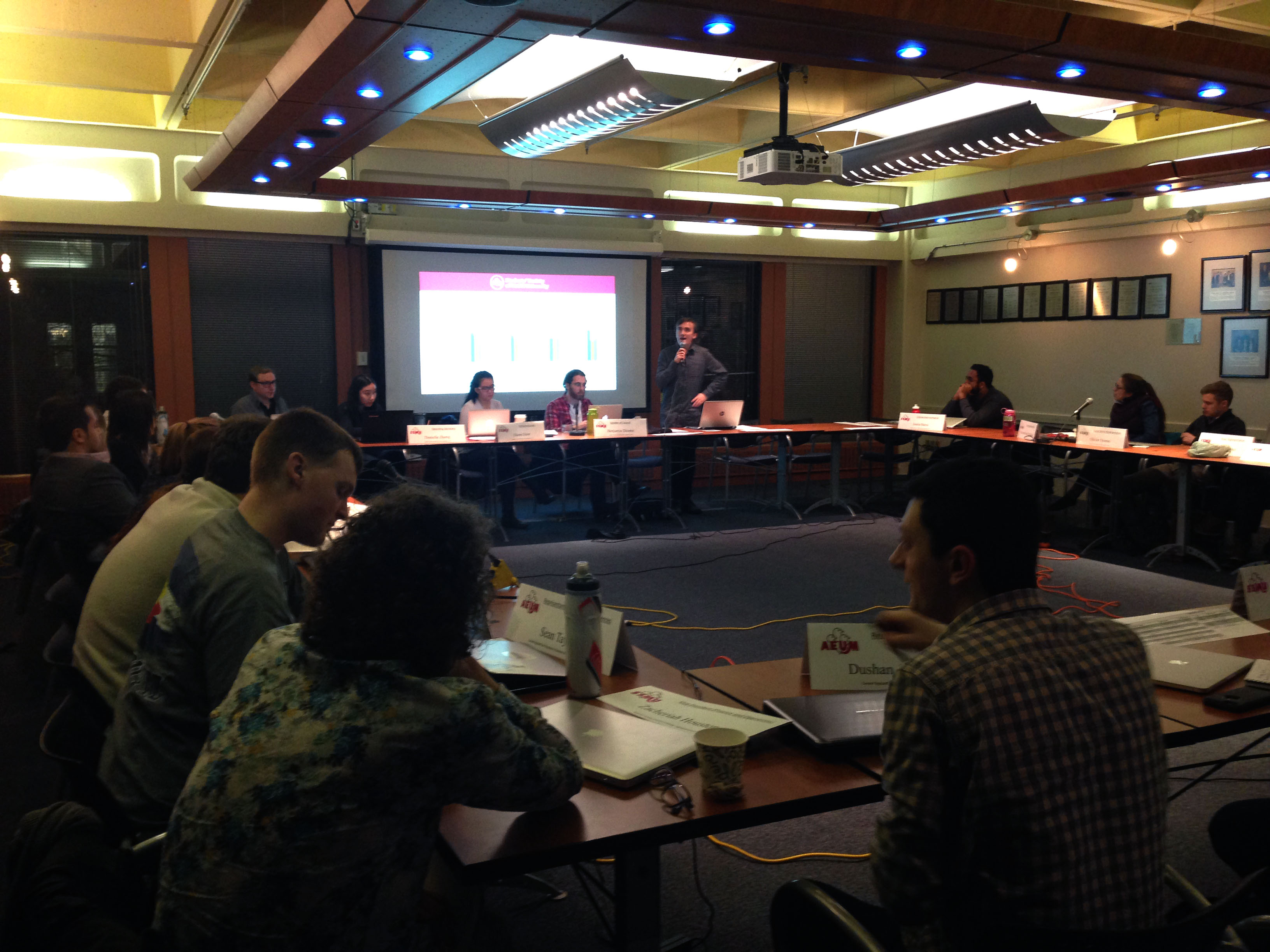 This article has been updated on January 18.

A motion was brought to Council to call a special referendum from January 27 to 29 regarding an increase of the SSMU membership fee by $5.50 per student per semester. The real dollar amount of SSMU’s current membership fee has not changed since 2007, when it was increased by $1.00 – an increase which was earmarked specifically for the Student Space Fund. Currently, full-time students in most faculties pay a membership fee of $44.75 per semester.

According to the motion, “SSMU has grown in size in the last decade by supporting more student groups, providing more services, and providing more opportunities for student employment.”

“This will probably be one of the most important motions that we’re going to debate in SSMU this entire year.”

SSMU has long faced well-documented financial struggles, though its most recent budget was unusually frugal. For instance, the yearly $50,000 transfer to SSMU’s Capital Expenditures Reserve Fund was eliminated this year.

The motion’s preamble notes that hours for permanent and student staff have also been cut, “thereby reducing the level of service that the SSMU is able to offer.”

“This will probably be one of the most important motions that we’re going to debate in SSMU this entire year, because it’s going to have such a long-term impact on the sustainability and the future of SSMU,” said VP University Affairs Chloe Rourke.

“It’s going to have such a long-term impact on the sustainability and the future of SSMU.”

The preamble was amended to add a “whereas” clause to clarify that the funding will be directed at “priority areas in need of increased funding,” specifically clubs and services, mental health, and student space improvements.

Another motion to pose a question at the aforementioned January special referendum was brought to Council, this one regarding restructuring the portfolios of SSMU executives.

While executive contracts mandate a 70-hour workweek, the motion’s preamble states that the hours worked have been “closer to 85 hours per week, on average, this year” – though executives have previously reported exceeding 100 hours per week.

“We’re very hopeful, though we know we’re kind of running into the fire with this one.”

Speaking at Council, President Kareem Ibrahim said, “We’re very hopeful, though we know we’re kind of running into the fire with this one. It’s kind of now or never. There’s always going to be times in which we feel […] the students don’t have enough confidence in us to make such a radical change.”

Clubs and Services representative François-Paul Truc proposed the addition of a “whereas” clause that would clarify that adding a seventh executive would cost SSMU $35,000, an amount that was mentioned by VP Finance and Operations Zacheriah Houston at Council.

“I feel like it’s rather easy to vote on something that has no cost anywhere on this article,” explained Truc.
“Students want to see how much it’s going to be and why it’s going to be that much. If we don’t include an amount it’s going to look like we’re hiding it,” agreed Science Representative Sean Taylor.

“I’m worried that [adding the cost] would persuade people to vote against it,” added Environment Representative Chelsea Kingzett.

The debate continued for an hour, with Truc at one point threatening to create a “no” campaign in response to other councillors’ vocal opposition to the amendment.

The motion passed unanimously after re-wording the amendment to exclude the $35,000 figure while clarifying that the position is paid.