Trump may be ridiculous, but he’s not irrelevant 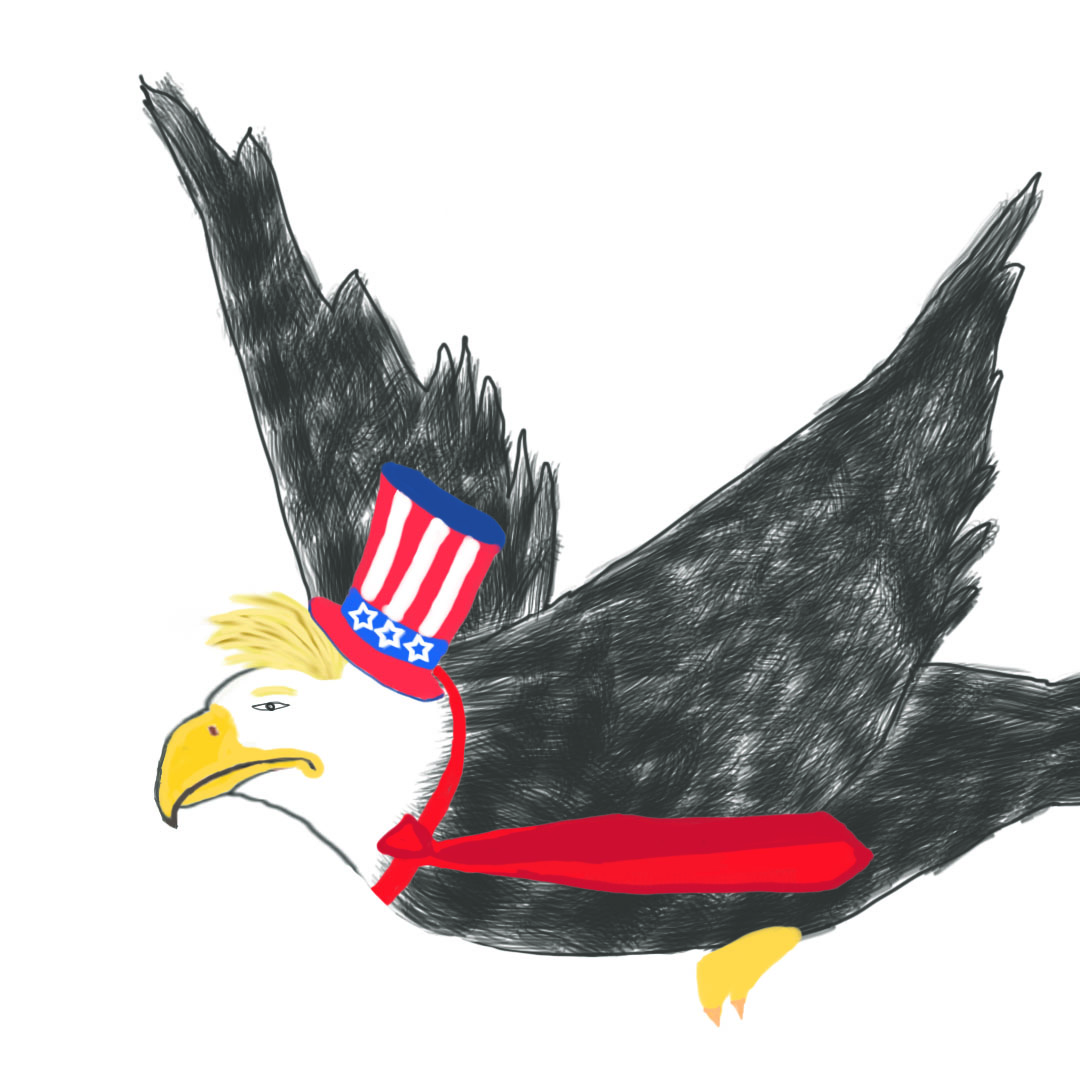 In order to avoid the trap that many writers and journalists have gotten into when writing about Donald Trump, let me be quick to dismiss this self-professed politician as anything other than a professional entertainer. I am not trying to make predictions about Trump’s likelihood of winning the Republican nomination or the American presidential election, nor am I warning about the future should he be successful. Rather, I want to look at what his words and success can tell us about about today’s global political climate.

When asked to consider what Donald Trump represents, it would be easy to stop at self-obsessed extravagance; his words are often better categorized as juvenile, thoughtless remarks than well-thought out political judgements. But in looking beyond the headlines, it’s clear that his persona reflects the paradox of a public backsliding into reactionary politics as the ‘progress’ of globalization yields exponential increases in wealth and social connectivity among the most powerful in the world. The essence behind Trump’s ridiculous words has the support of many regular American citizens, and, perhaps more urgently, that of individuals who may even trump Trump in terms of power, prestige, and influence.

Trump’s stance on immigration and refugees would be a good place to start (or stop, if you’re in favour of his elegant “great wall” plan) to highlight the parallels between his words and others’ policies. While it seems ridiculous to believe that a wall between the U.S. and Mexico would actually be built, we don’t have to look far to see the erection of physical, political, and social barriers for immigrants and refugees. Between his plans for a wall and promise to send back Syrian refugees if elected, Trump’s attitude toward immigrants and refugees during what the UN has called “the worst refugee crisis since the Second World War” is horrifying, but not unique. The approaches to refugees and immigration of many real politicians are not all that different.

From American and Canadian to European contexts, it is becoming harder to dismiss the growing number of comfortably intolerant, hateful people.

For instance, former Canadian Prime Minister Stephen Harper made headlines when infuriating reports surfaced that he had halted the applications of UN-screened refugees fleeing Syria for no defensible purpose (it is not the job of the Prime Minister’s Office to ‘vet’ refugees). There’s no need to send them back if you don’t let them in in the first place.

Europe, which some consider the most progressive, has probably had the most disappointing reaction to the refugee crisis. Several right-wing parties have exploited the plight of refugees from Asia and Africa to gain significant electoral benefits. Others have actually erected physical barriers, like the new fence between Hungary and Croatia, and even human barriers like the “human wall” demonstration that temporarily blocked refugees at a port in Finland. Perhaps not as “great” as Trump’s vision for his wall, these barriers reflect the same sentiment.

Further, parties such as France’s Front National and Britain’s UK Independence Party (UKIP) have bolstered Islamophobia and fears of terrorism that have pushed xenophobia and far-right rhetoric into the mainstream of Europe’s political discourse. These types of beliefs have violent consequences. Consider the harrowing reports of refugees being tear gassed by police at Hungary’s fenced border, spates of violence against German refugee shelters, and soaring firearms sales in Austria as citizens report paranoia over the presence of refugees.

What about in the U.S.? At a town hall held by Trump in New Hampshire during the fall, an audience member said, “We have a problem in this country. It’s called Muslims. […] You know our current president is one. You know he’s not even an American.” Not only did Trump fail to correct the man’s long-debunked assertions about Obama, he actually said that he needed the question and told the audience member that he’d be “looking at that and many other things.” Trump is revealing what the U.S.’s actual problem is: American attitudes toward minorities.

Indeed, Trump wouldn’t be the first to “look at” the American Muslim population. The monitoring of American Muslims, as Trump suggested with his “Muslim database” in November, has effectively been going on for nearly 15 years. After 9/11, the New York Police Department undertook a decade-long clandestine surveillance program targeted at Muslim Americans, whose communities consequently suffered immensely.

Many perpetrators said they were inspired by Trump, whose response to brutality in his name merely referred to the events as the actions of “very passionate” fans.

Trump’s campaign to win the nomination has also embodied the persecution of Black and Hispanic communities in the U.S.. In the multiple cases of violent attacks on peaceful Latino protesters and attendees at Trump’s political events, many perpetrators said thy were inspired by Trump, whose response to brutality in his name merely referred to the events as the actions of “very passionate” fans. This is not only alarming, but reeks of incitement that gives his “make America great again” slogan a new, more directive meaning.

For many, the U.S. is synonymous with racial inequality. The emergence of the Black Lives Matter movement, which has been dubbed the new civil rights movement in the U.S. and calls for an end to the unchecked violence against Black people in America, comes at a time where inequalities between races in the U.S. are growing. Not only are many U.S. schools and communities resegregating at an alarming rate, for years reports have been unearthing disturbing evidence regarding the skewed application of the justice system, placing Black Americans at the wrong end of the gavel.

This really comes as no surprise, as it’s occurring against the backdrop of the heartbreakingly long and ever-growing list of Black American lives lost to extrajudicial killings by racists, whether citizens or police officers. So-called progressive leaders remain divided on the Black Lives Matter movement, with U.S. president Barack Obama finally making public remarks on the movement a timely two years after its official inception, while Democratic presidential candidates Hillary Clinton and Bernie Sanders’s initial response to the movement has been a defensive one, and they have been reluctant to embrace it. It’s not even worth going over the responses (or lack thereof) of Republican candidates to the movement, other than to note that they have only dismissed and criticized it, which should come as a shock to nobody.

Ultimately, Trump’s slogan, “Make America great again,” exemplifies the reactionary undercurrents of the racism and xenophobia that pervade today’s political discourse; it idealizes the America of the past where the status quo stood on more solid ground and an even narrower group of people held rights and power. From American and Canadian to European contexts, it is becoming harder to dismiss the growing number of comfortably intolerant, hateful people. Embracing this trend is not an option, and resisting it will take a great deal of creativity, determination, and patience. However, it is necessary if we are to move forward to a future that is great for all, not just a few. Or at least greater than it is now.

Zahra Habib is a U2 World Islamic and Middle East Studies student. To contact her, email zahra.habib@mail.mcgill.ca.