Procedures for conflicts of interest for thesis supervisors discussed 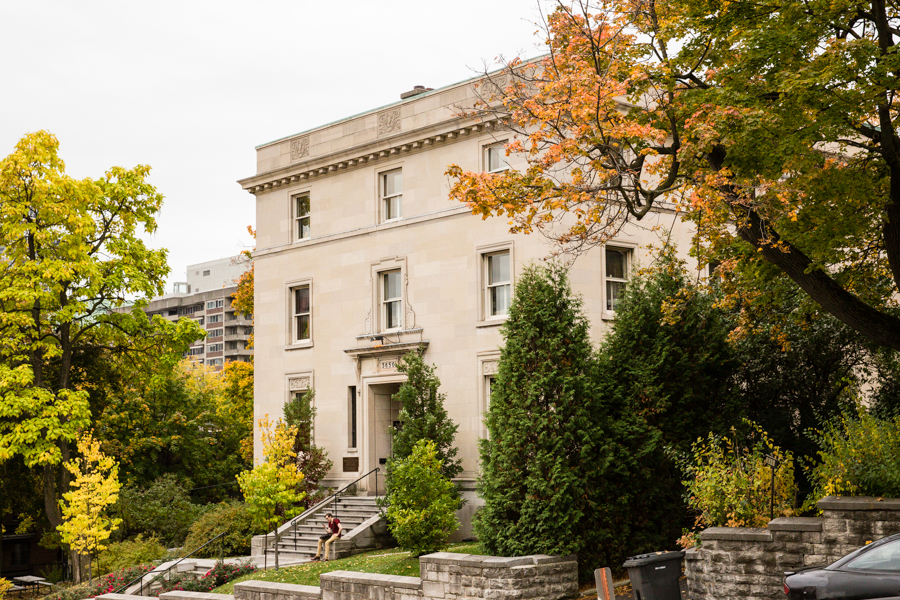 The Post-Graduate Students’ Society (PGSS) Council met on January 13 for the first time in 2016.

Council received a report on the budget, discussed proposed procedures to address conflicts of interest for thesis supervisors, and passed a policy regarding affiliation with and disaffiliation from student federations.

Anticipating PGSS’s potential affiliation to one of Quebec’s two new student federations – the Association for the Voice of Education in Quebec (AVEQ) and the Union étudiante du Québec (UEQ) – External Affairs Officer Bradley Por moved to adopt a policy to establish procedures for affiliation with and disaffiliation from student federations.

In proposing the policy, Por sought to avoid repeating the disastrous experience PGSS underwent when it attempted to disaffiliate from the Canadian Federation of Students (CFS) – a legal battle that has been ongoing over the past six years and has cost PGSS hundreds of thousands of dollars.

The policy stipulates that PGSS will only consider joining a student federation that signs a binding agreement providing that PGSS has “the right to terminate its affiliation when the membership expresses its will to disaffiliate.”

The policy further states that a referendum regarding continued membership in the federation must be held at least once every five years, as well as regarding any membership fee increase beyond inflation.

“The context here at McGill is very sensitive to disaffiliation and I see the impetus to [overdo] it.”

Postgraduate Philosophy Students of McGill University Association (PPSMUA) representative Frédérick Armstrong expressed concern that the policy might be redundant, given that the bylaws of both federations that PGSS is considering joining already contain clear affiliation and disaffiliation procedures.

“The context here at McGill is very sensitive to disaffiliation and I see the impetus to [overdo] it,” said Armstrong.

“But it seems that if you affiliate with an association with a binding written policy […] that gives you the right to disaffiliate. My worry is that federations may be reluctant [to sign] that [separate] agreement,” he said.

In response, Por argued that federation bylaws might change, and that a reluctance on the part of a federation to sign a separate agreement guaranteeing a right to disaffiliate could be a warning sign in itself.

“My worry is that federations may be reluctant [to sign] that [separate] agreement.”

The motion passed with three abstentions, and the policy will now go to the Policy and Structure Advisory Committee (PSAC) for review.

Moving toward a balanced budget

Financial Affairs Officer Behrang Sharif presented a budget update and quarterly financial report. Despite facing both unforeseen expenses and lower revenues than accounted for, Sharif said that he is planning to run a balanced budget this year.

“We were confused in the previous years […] when we were budgeting […] our revenue,” said Sharif.

“We were not looking at how much revenue we had from the membership fee last year [… and] we were [projecting] an increase of 4 to 5 per cent. […] Because our accounting system was not very clear, we never actually understood that we were digging into some of these lines more than we actually have money.”

“We were confused in the previous years […] when we were budgeting […] our revenue.”

“The total revenue that we actually could foresee for this year was more than $200,000 less than what was in the budget that I had received,” he added.

Sharif also noted that an unforeseen $30,000 had to be budgeted toward the CFS court case, and that more related expenses are expected as the 2017 court hearing date draws closer.

Academic Affairs Officer Devin Mills reported that the Council of Graduate and Postdoctoral Studies will consider adding conflict of interest disclosure to the annual progress tracking procedure for thesis students at its next meeting, which will be held today. This is a follow-up to an issue that was brought to Senate’s attention in December, when Mills and other graduate senators submitted a question regarding the management and ownership of companies by McGill professors.

Equity Commissioner Régine Debrosse informed Council of the launch of a peer support group for racialized students, and said that the Social Equity and Diversity Education (SEDE) office will hold an equity workshop for Thomson House staff.

Debrosse also asked Provost Christopher Manfredi, present at Council, when a Black Studies program would follow the recently introduced Indigenous Studies minor. Manfredi responded that there are currently no such plans.